We had a wonderful experience in the capital of the Silicon Valley. As the culmination of a collaborative Bachelor thesis project between ETH Zurich and the San Jose Light Tower Corporation, we presented our designs of light towers to the citizens of San Jose, California.

This past semester, one of the Bachelor thesis project topics in structural engineering was to redesign the San Jose Light Tower, an old iconic structure reminiscent of the Eiffel Tower. We knew that it would be a difficult and time-consuming project, but also a great experience to design something out of the ordinary.

Coralie’s and Nando’s tower.
One of the biggest challenges was to devise and design a more creative alternative geometry that would be feasible in this earthquake prone area. After an initial four weeks of brainstorming and conceptual designs, the final geometry was finalized and the “ok” given to proceed with the detailed design phase. 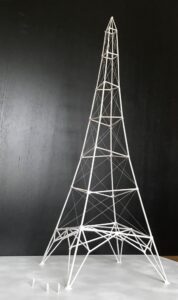 We could not have been happier when we heard that the San Jose Light Tower Corporation chose our designs to present to the San Jose City Council and that we would have the opportunity to give the presentation. We felt rewarded with a wonderful feeling of accomplishment for all of our work during the semester and all of the stress we endured. When we arrived in San Jose and realized that we would present our designs not just to a City Council, but to a crowd of over 50 local business people, we were kind of nervous.

Luckily, our presentations were well received by all the guests, as well as the three founders of the San Jose Light Tower Corporation – Thomas Wohlmut, Jon Ball and Steve Borkenhagen.

They gave us overwhelmingly positive and constructive feedback.

It was also very interesting to talk to the people of San Jose, to see what they thought about our work and the changes that they would have made to the designs. We think that the cultural background of the city, as well as the personal contact with its citizens, could have been more of an influence and, perhaps, changed some parts of our designs.

Innovation served as the main focus of the four days we spent in San Jose. Not only for the design of the light tower structure, but also in terms of exploring new ideas and possibilities. We had the chance to see new technologies in virtual reality, 3D-printing, as well as, new building techniques. We visited a construction site at San Francisco airport and had the once-in-a-lifetime chance to visit the air traffic control tower. We also learned about seismic design – one of the most important topics for Californian engineers considering the Silicon Valley is along an active earthquake fault zone. 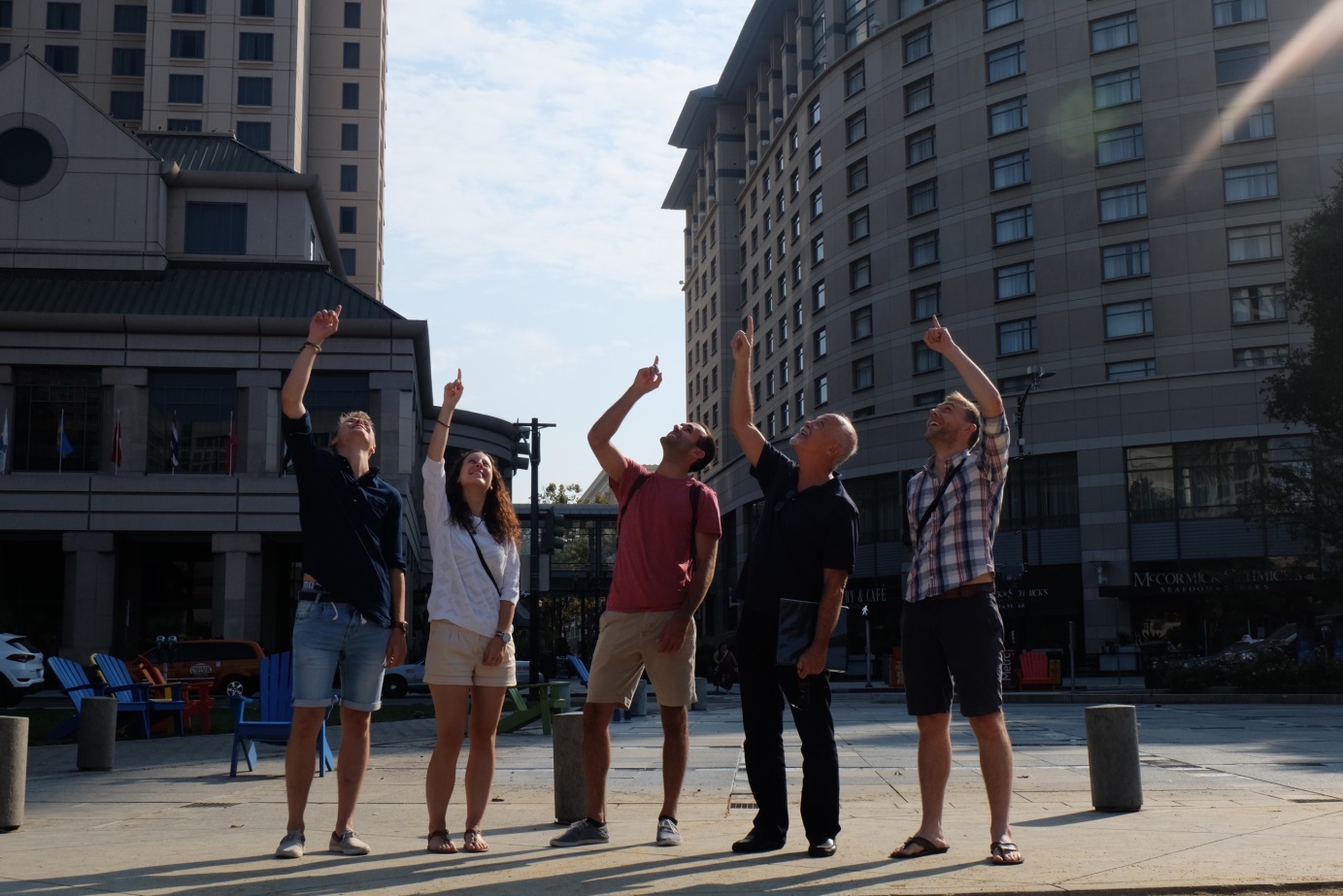 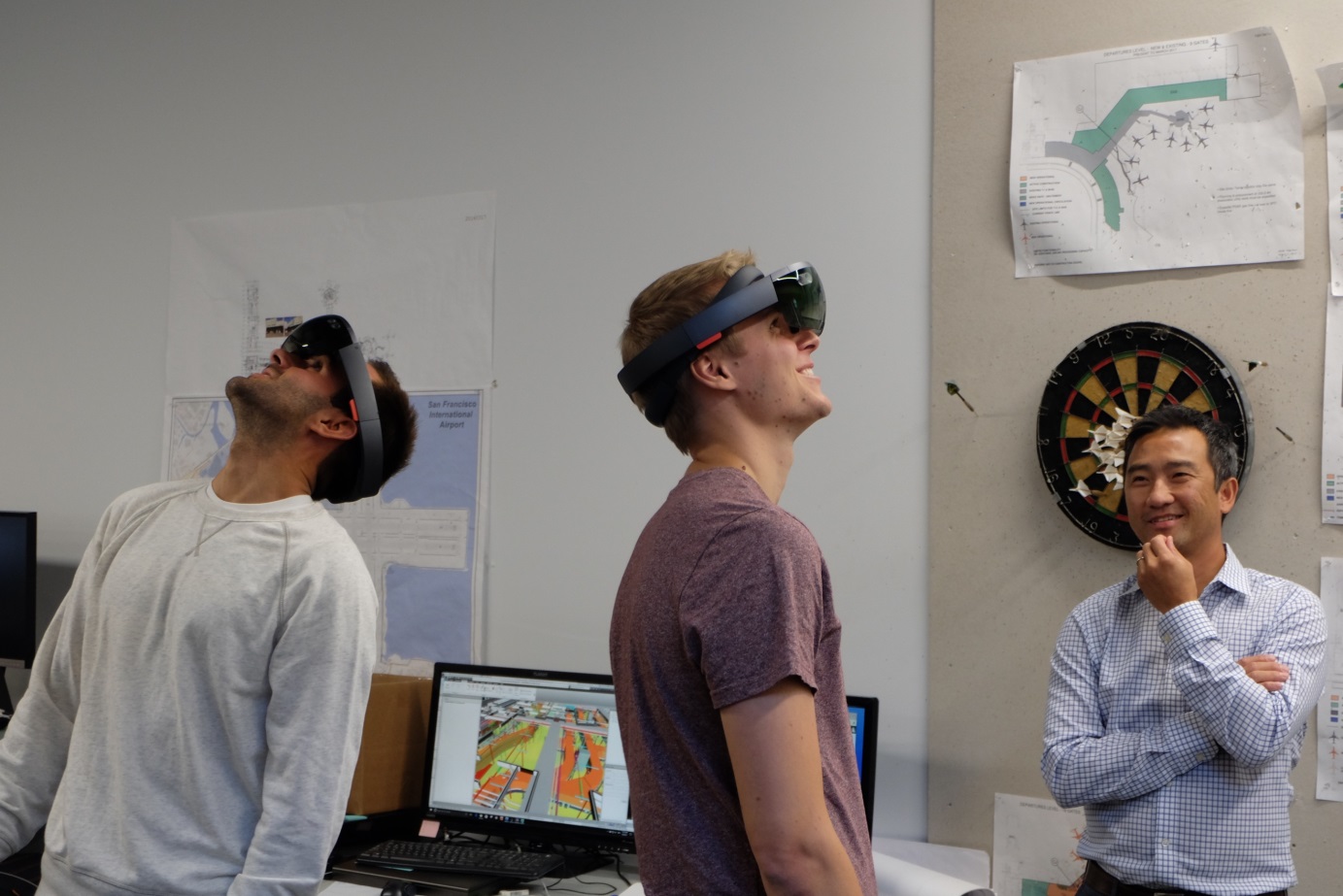 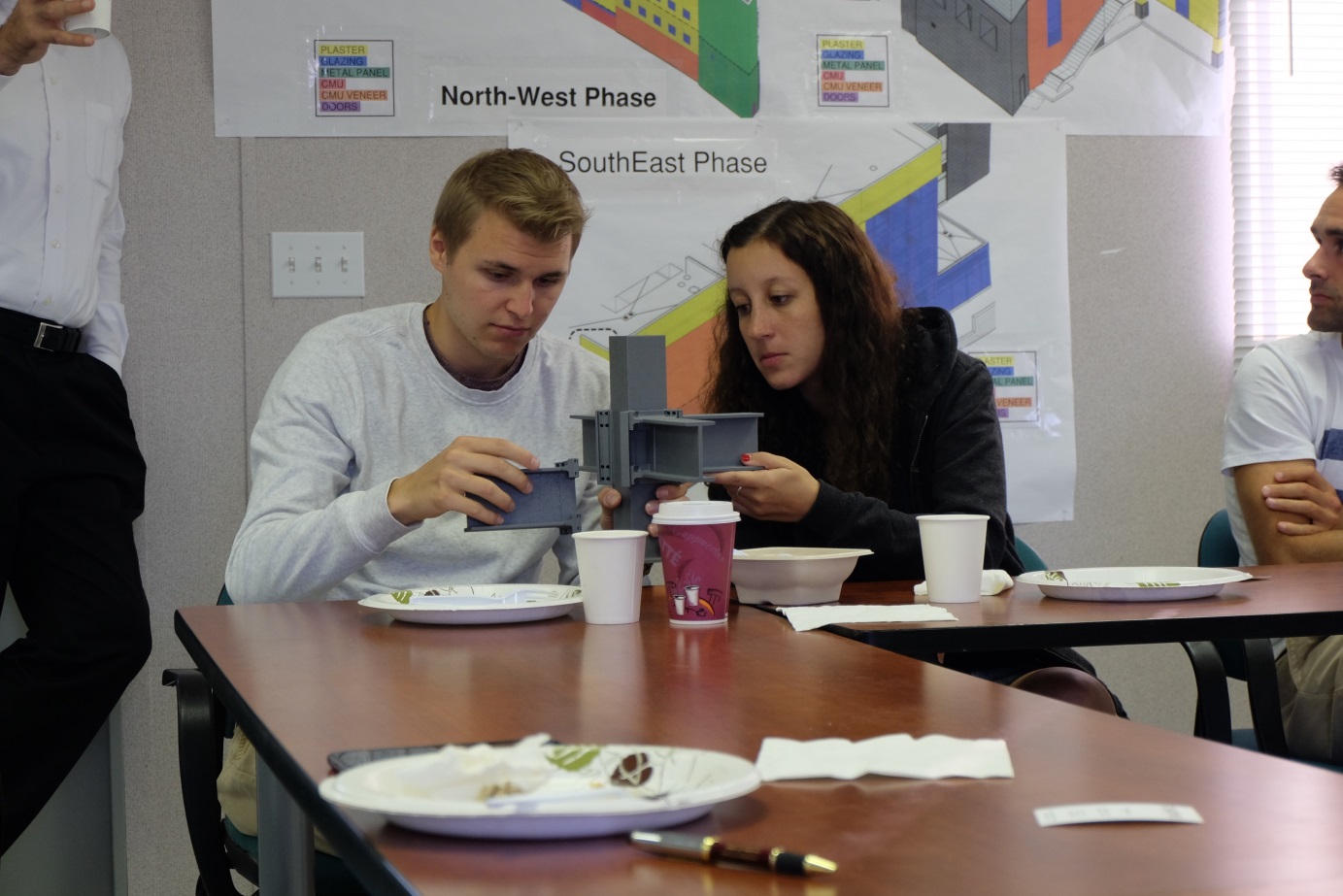 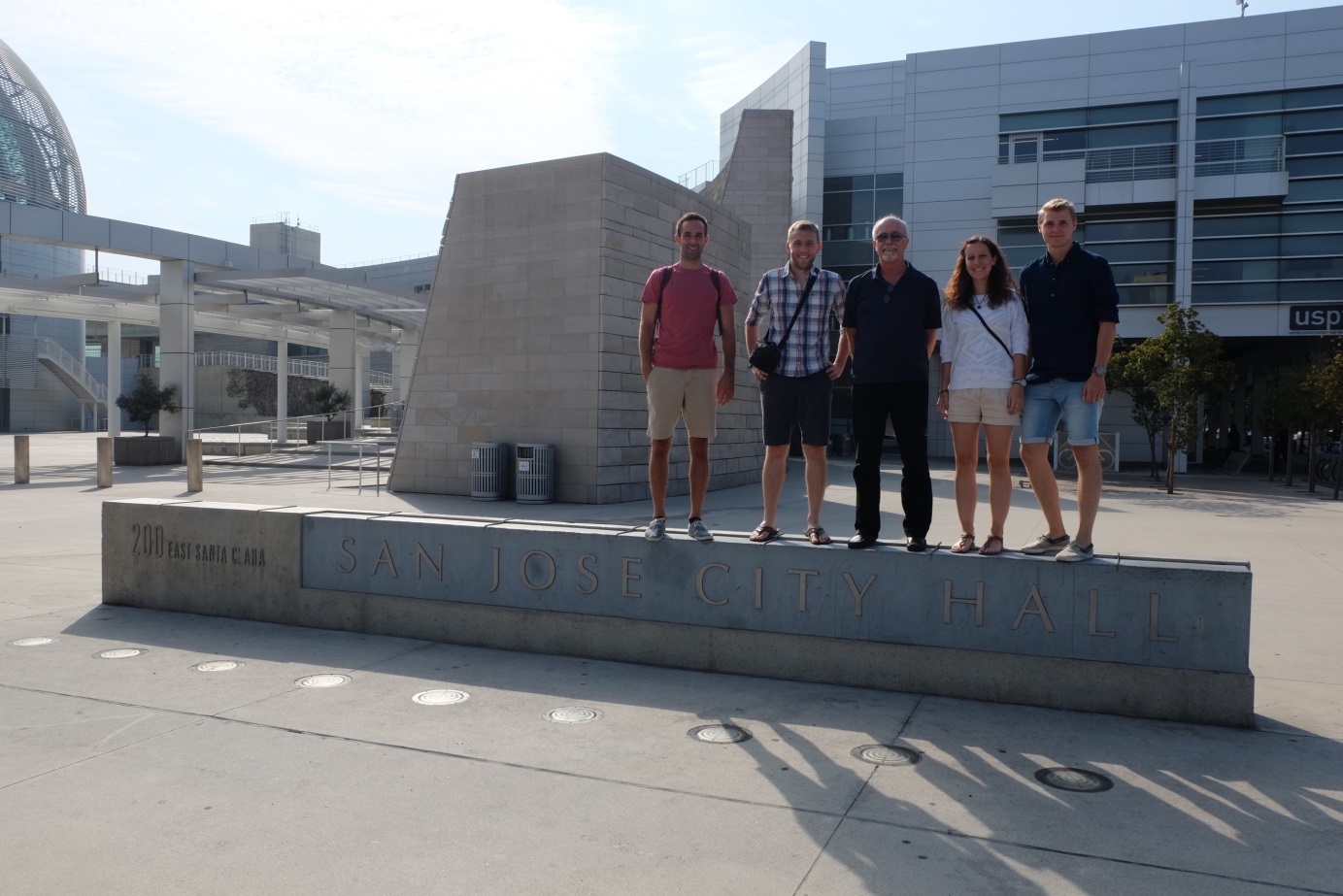 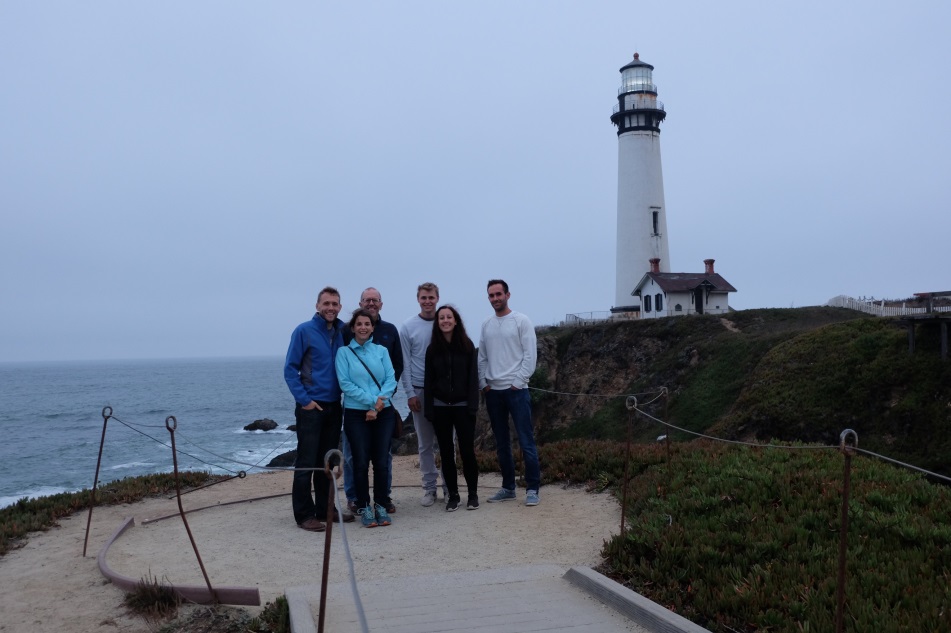 After our presentations, we spent the rest of our time in San Jose with Thomas Wohlmut, Steve Borkenhagen and Jon Ball, the founders of the San Jose Light Tower Corporation. In addition to the construction site at the San Francisco airport, we visited Stanford University and University of California Santa Clara, as well as had some time for sightseeing in the San Francisco Bay Area. We had an amazing time in San Jose thanks to Thomas, Steve, Jon and Prof. Mario Fontana and his teaching assistants Johann and Clemens!

By Coralie, Nando and Matthias

Coralie has just finished her Bachelor degree in Civil Engineering at ETH Zurich and is now doing an internship year in a small engineering office. Her favourite topics are structural engineering and geotechnics and she will probably specialise in these two topics for her Master degree.

Nando has just finished his Bachelor degree in Civil Engineering at ETH Zurich and is now doing an internship year. His interests lie in the field of structural- and geotechnical engineering. He liked the idea of doing an aesthetical as well a structural design of the tower.

Matthias is enrolled as a Civil Engineer MSc student at ETH Zurich. He is particularly interested in structural engineering and in seismic design after having realized the importance of this topic because of this Bachelor thesis project. 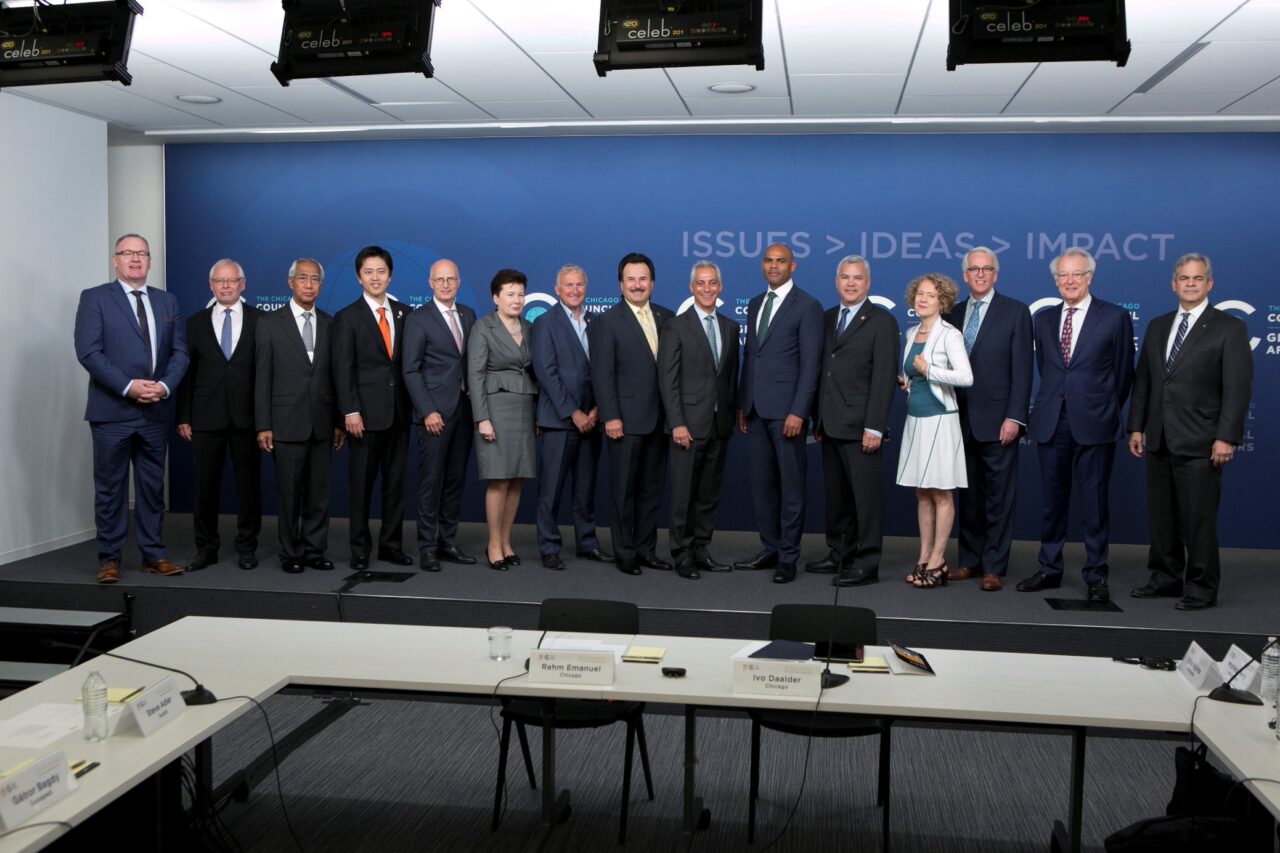 Blown Away by the Windy City 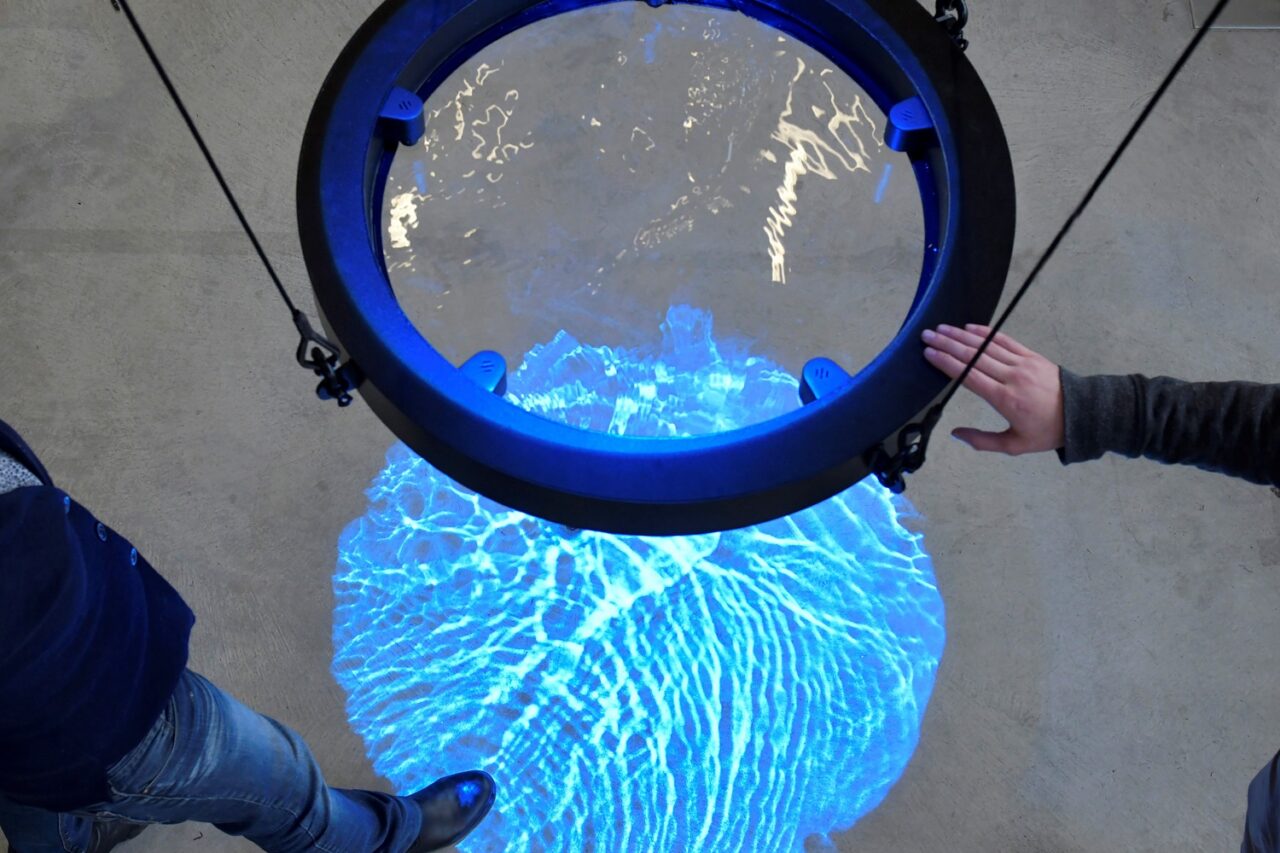 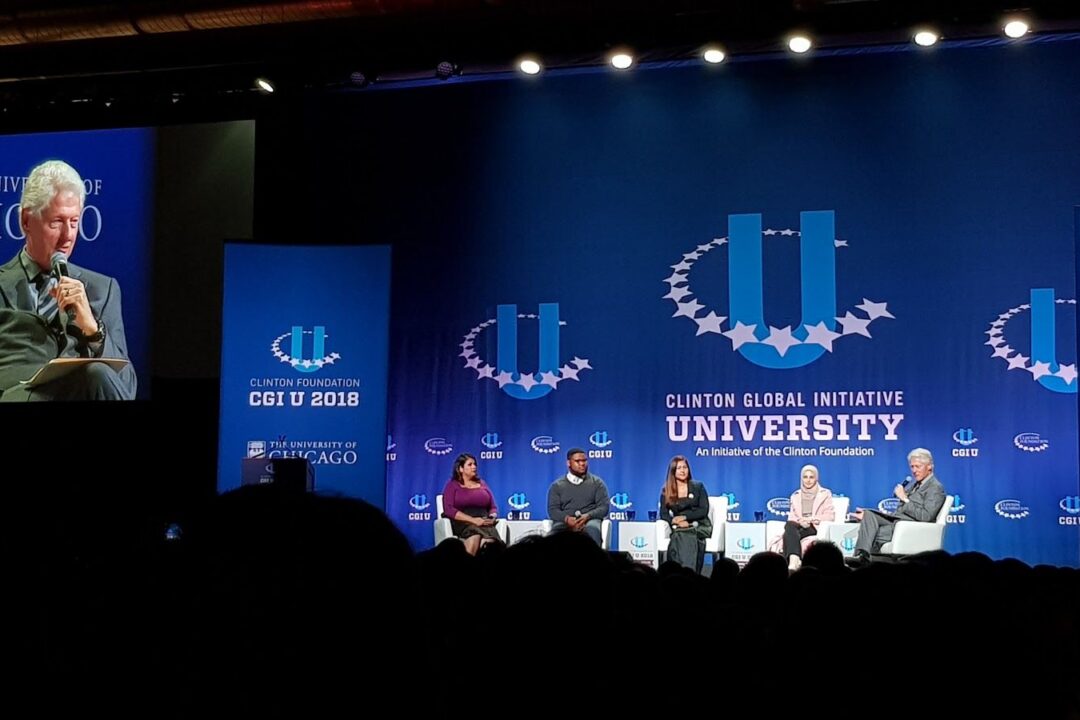 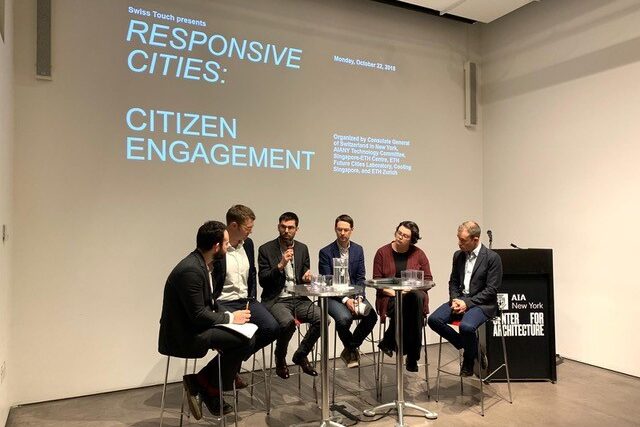 Informing Cities from the Ground up