At the Heart of Europe’s Digital Future 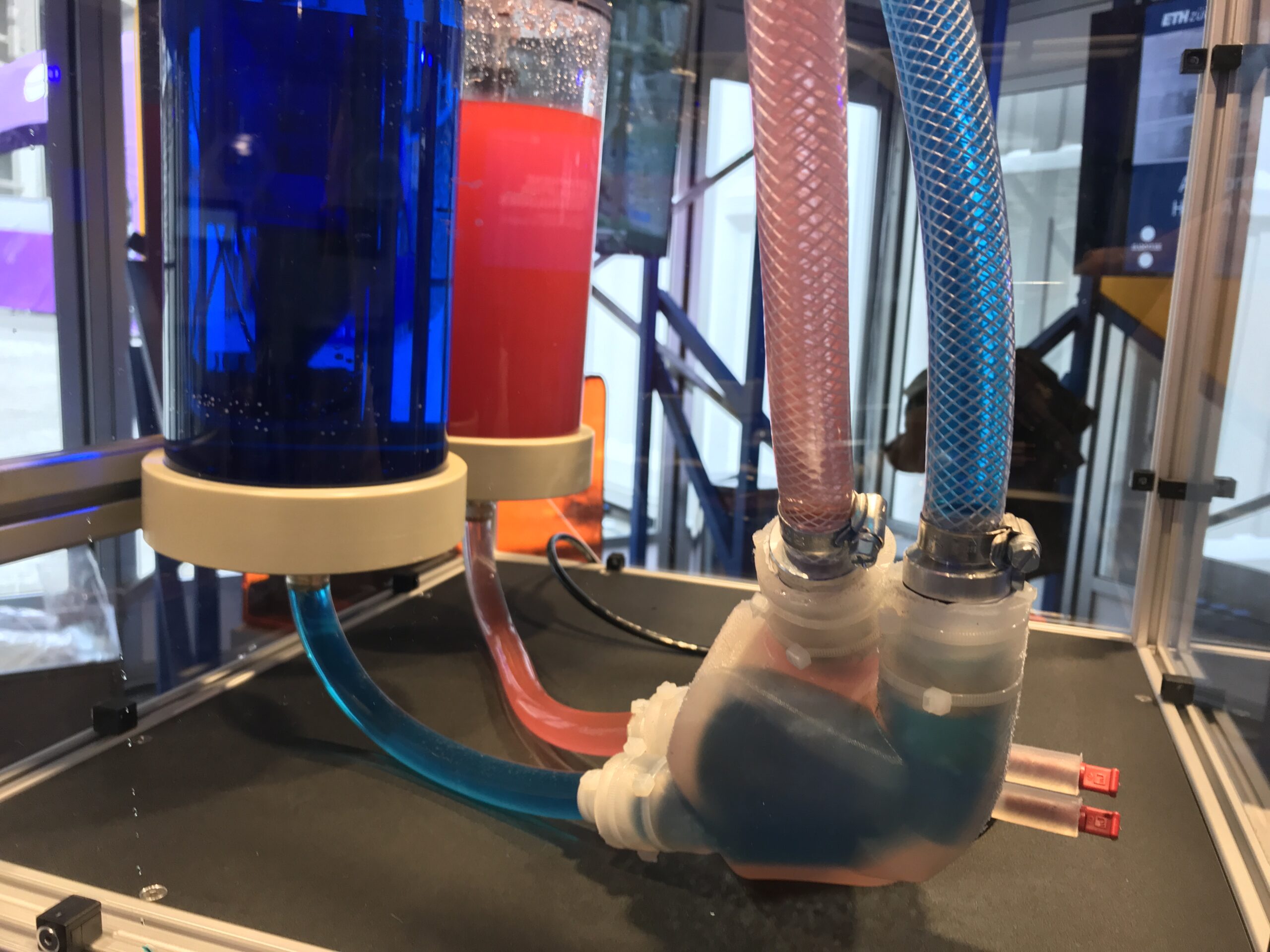 It is hard to describe the feeling of excitement when, at least for a couple of moments, European Union leaders focus on you and express interest in your research.

During its European presidency, Estonia decided to embrace technological change and transformation bringing together heads of EU member states or governments in the Tallinn Digital Summit on 29 September 2017.

One morning in August this year, the phone rang in our office and we received the news that we had been invited to exhibit at the Tallinn Digital Summit. Our excitement was pretty intense. In addition to the political discussions, a digital expo was scheduled to feature a number of innovative projects and technologies from across Europe. As our soft total artificial heart, manufactured by means of 3D print technology had recently been covered in various news stories, the organisers asked us to present our project at the digital expo. Because we combine digital heart imaging techniques and 3D printing technologies to create this new total artificial heart, the organisers believed that our project was an ideal showcase.

You may be wondering why a heart? Well imagine that we can take a 3D image of any damaged heart and create, with a 3D printer, a custom-made replacement heart. We really feel that we may be onto something that could improve some people’s lives in a profound way.

The opportunity to present our research made us very proud, but also a bit nervous that our demonstration might not work as well as we planned. 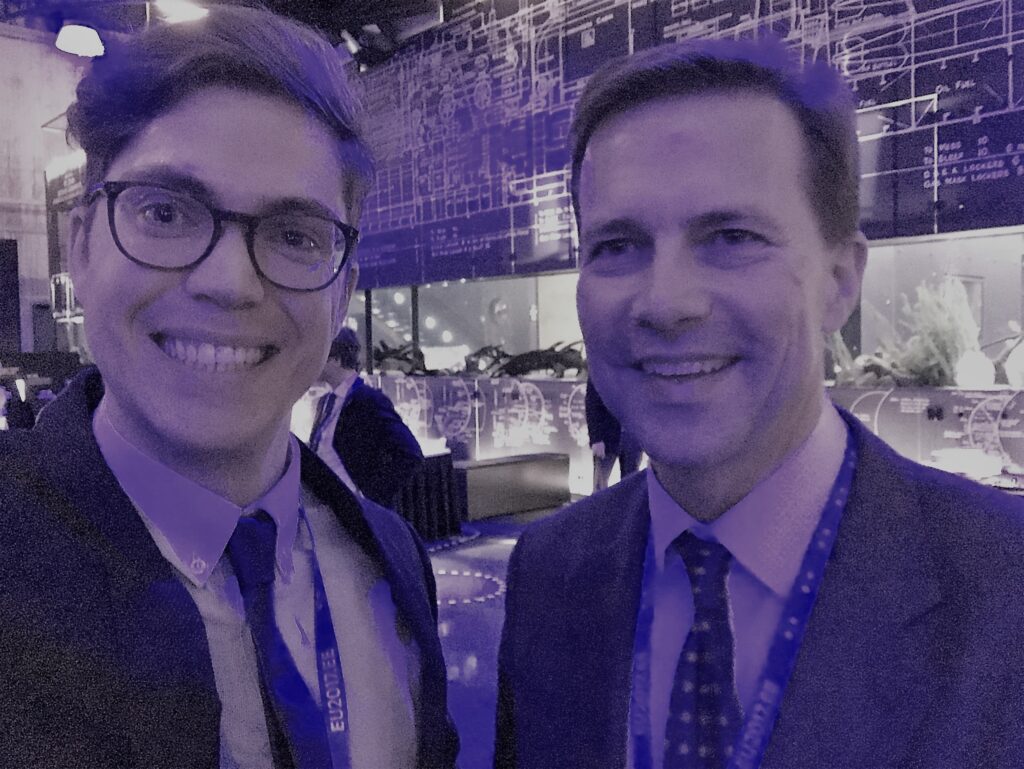 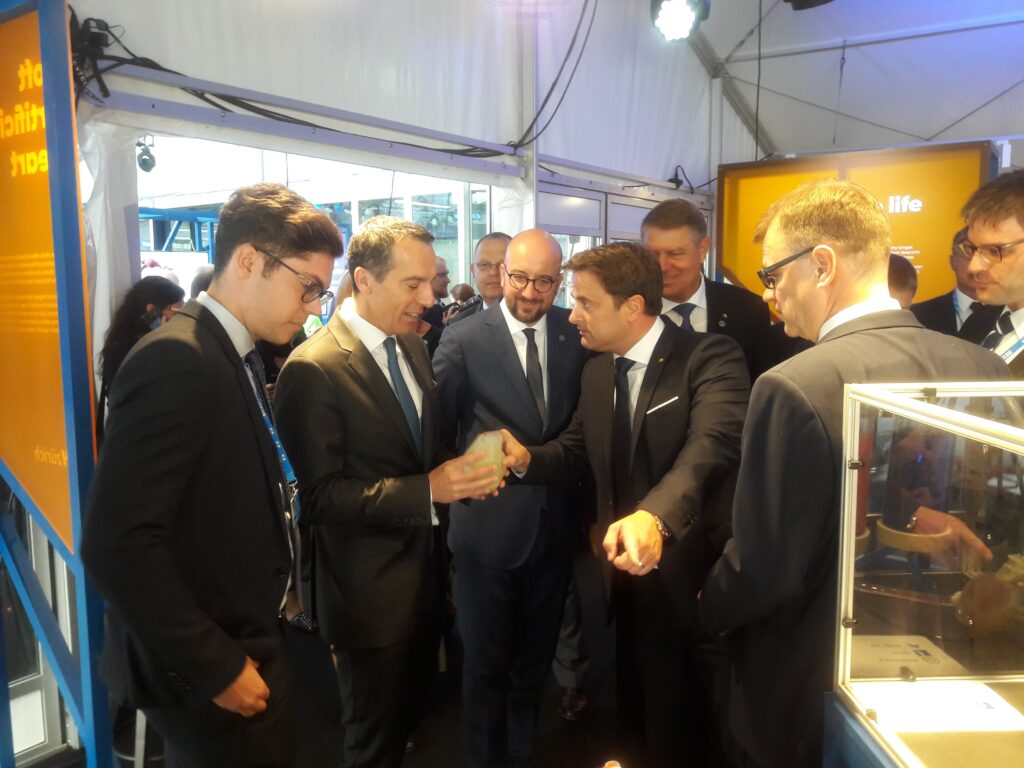 We decided to go to Tallinn as a team of four from ETH Zurich: Nicholas Cohrs – doctoral researcher in the Institute for Chemical and Bioengineering; Professor Wendelin Stark from the Functional Materials Laboratory; Anastasios Petrou from the Product Development Group Zurich; and me- Xavier Kohll, doctoral researcher at the Functional Materials Laboratory. Nicholas and I flew to Tallinn on the 27 September to build up our booth. Unfortunately, the day before the event we noticed that one of the water tanks for our exhibition stand had cracked in transit to Estonia. Our leaking exhibition stand made us a bit nervous and we really needed a quick fix. Fortunately, after checking with several people and shopkeepers for a decent glue, our fellow exhibitors from Audi provided us with some super strong components glue that helped us fix the leaking tank. 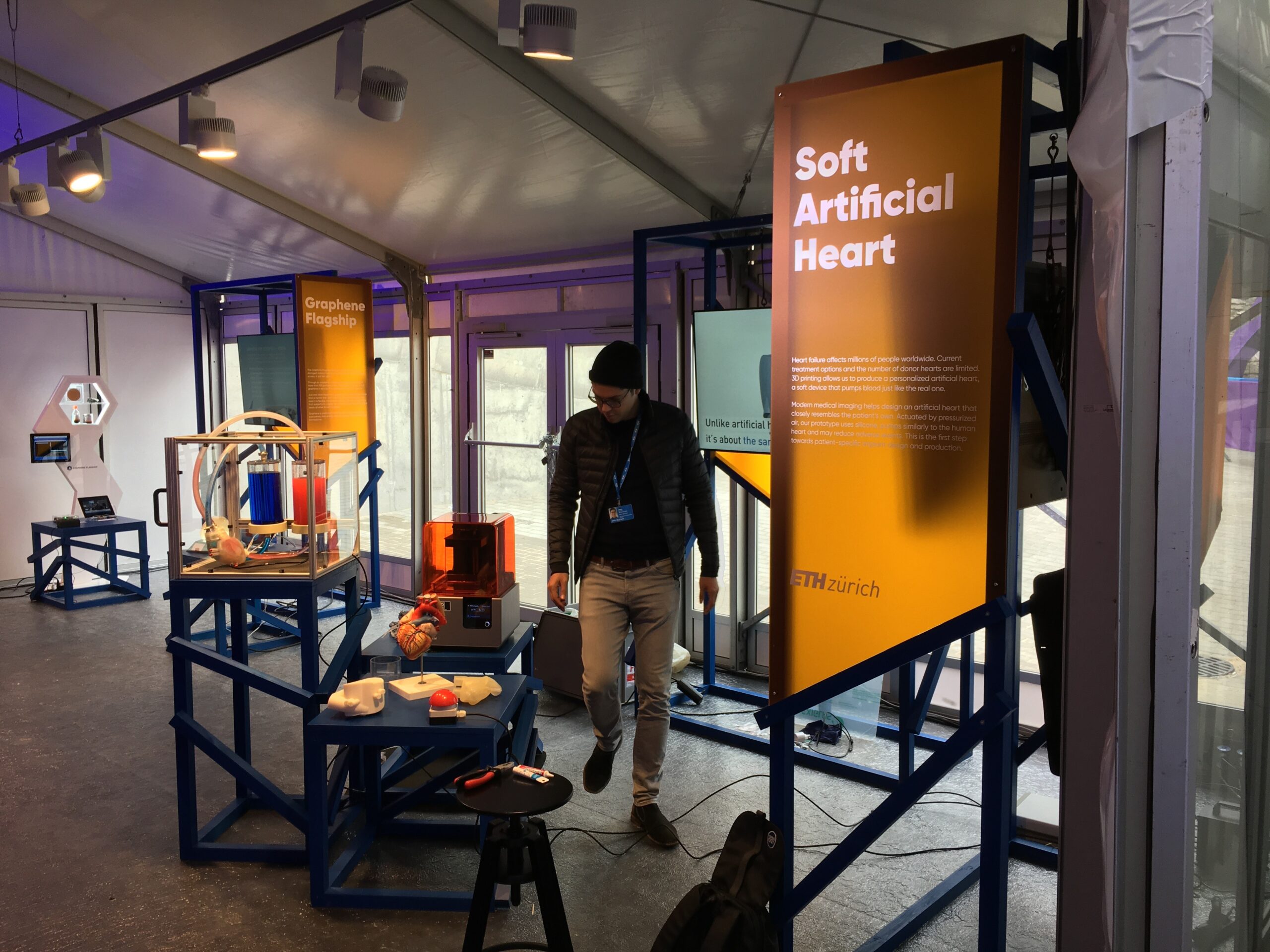 Preparations of the ETH Zurich – Soft Artificial Heart stand at the digital expo part of the Tallinn Digital Summit on 28 September.

Anastasios and Prof. Stark arrived the next day along with most of the heads of state, who were having an informal dinner in the Presidential Palace. On the same evening, the delegations enjoyed a gala dinner in the Seaplane Harbor, the Estonian maritime museum just at the Baltic sea. We were very excited to dine with all of the advisers to the politicians and met interesting people like, Steffen Seibert, Speaker of the German Government or Christoph Heusgen, Under-Secretary for Foreign and Security Policy in the German Chancellery. I was deeply impressed by the sheer scale of the event and felt very honoured to have the opportunity to attend.

Xavier Kohll is chemical engineer by training and is currently doing a doctorate at the Functional Materials Laboratory, ETH Zürich. In his doctorate he is working with colleagues on the development of a novel soft artificial heart.

Previous Industrial Internship in India
Next Some People Wait for the Future. Leaders Create it. – The Climate Reality Project 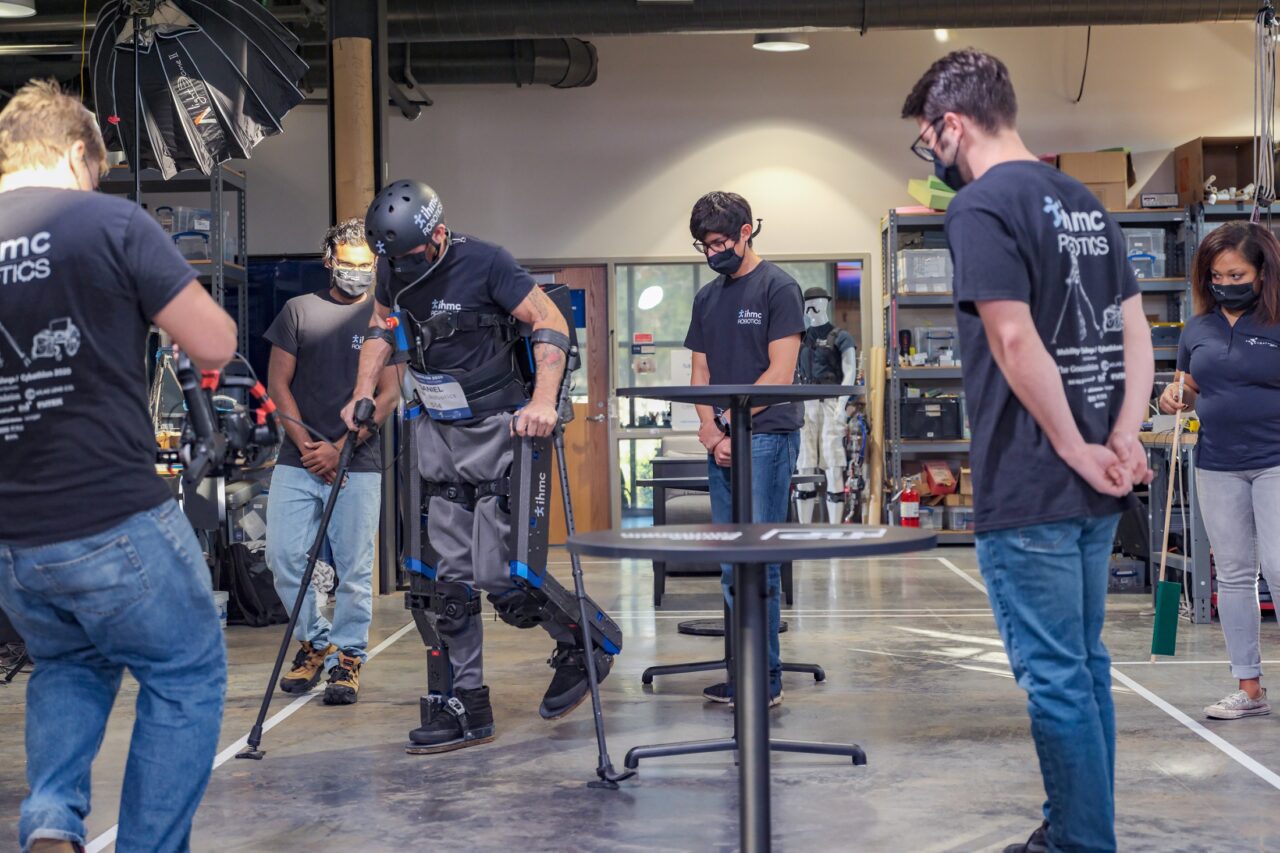 Cybathlon Rookie and a Remarkable Ride 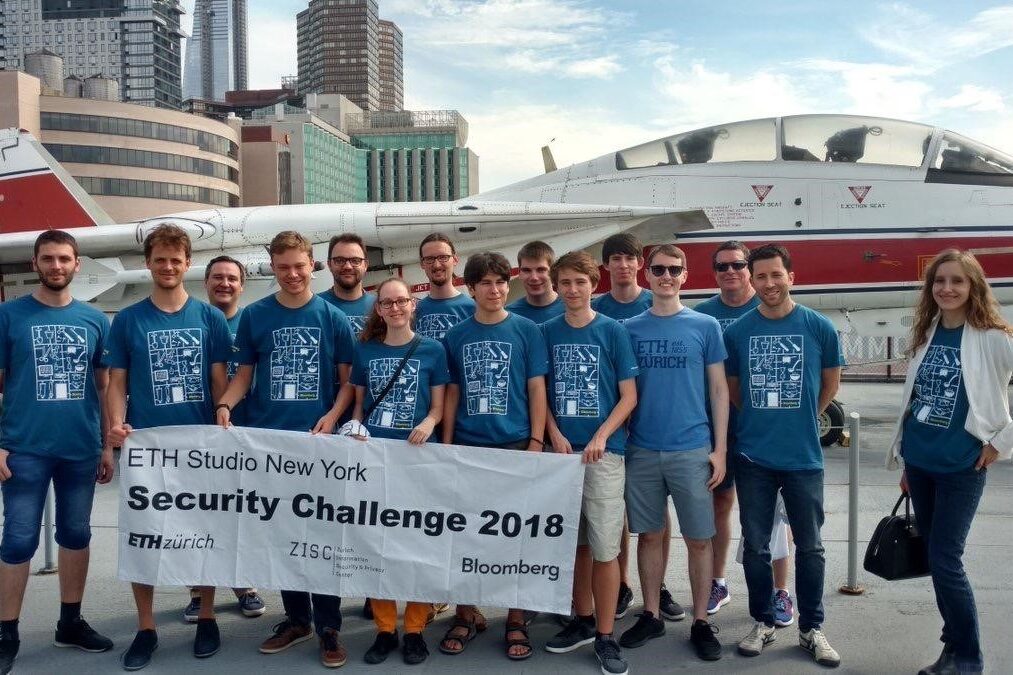 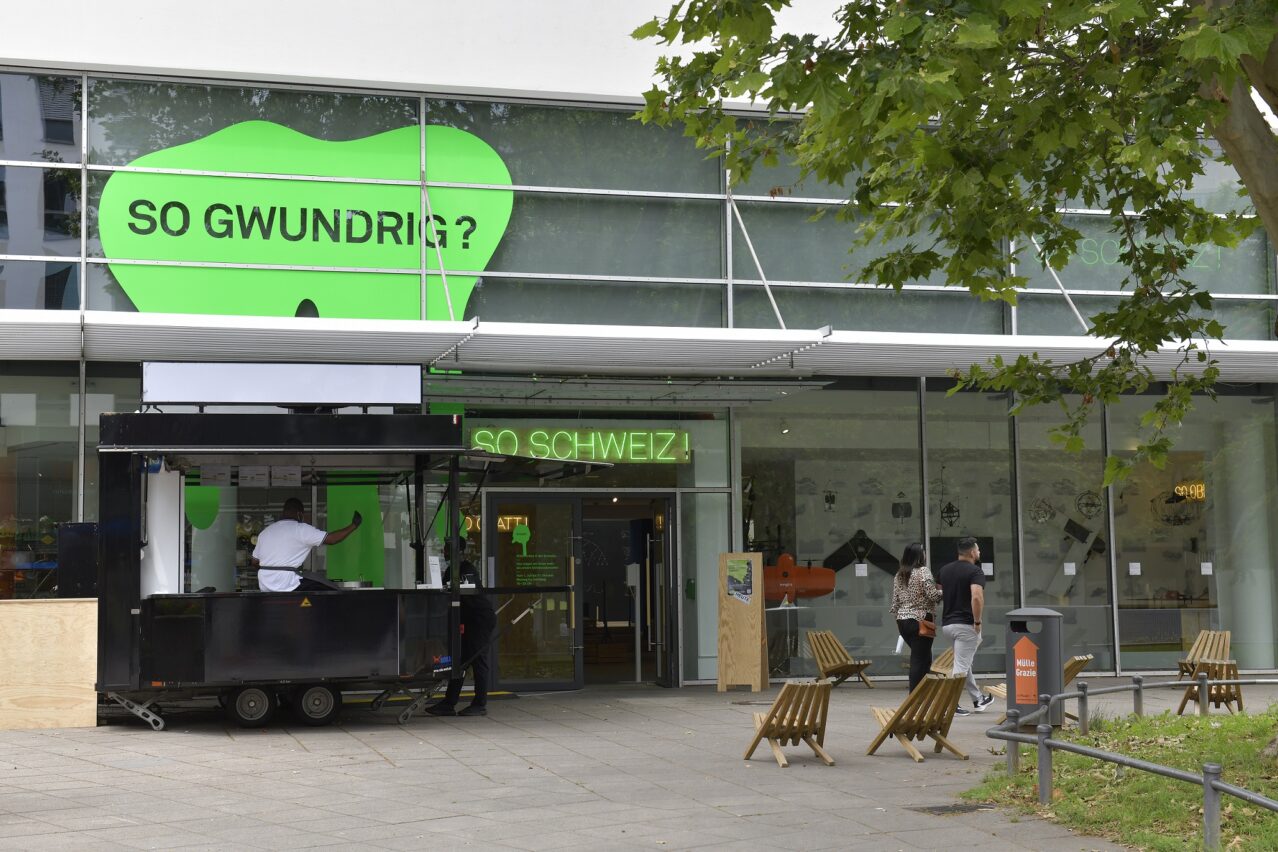 RETHINKING Living: The Future of Food and the Food of the Future 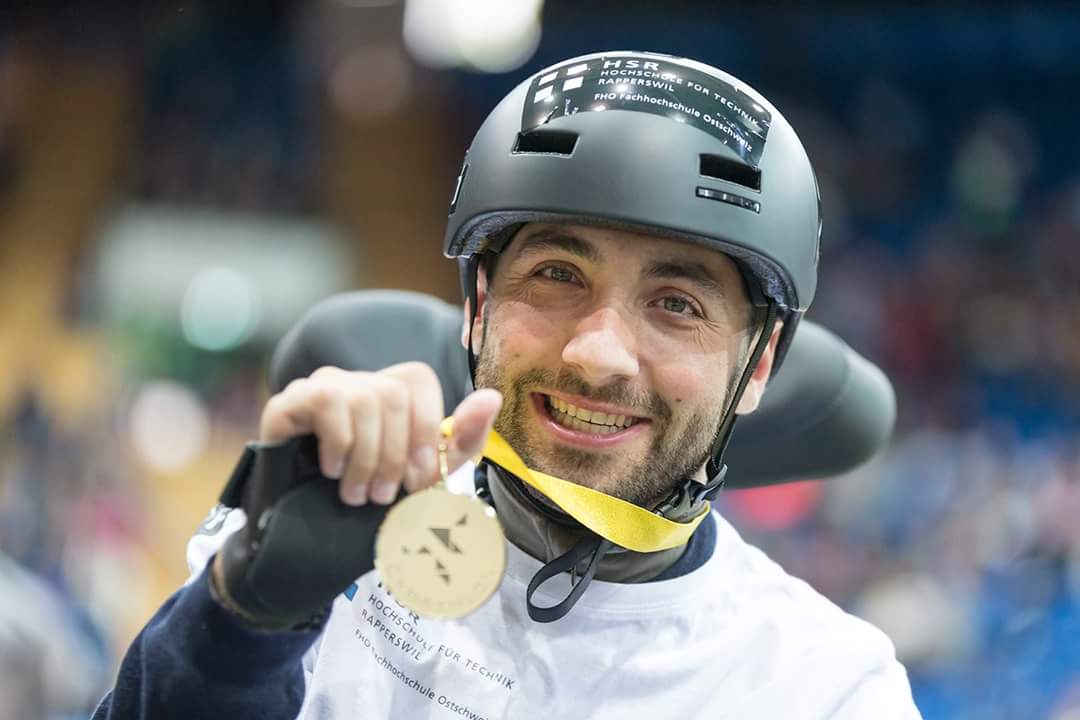 To find solutions, showcase the problems