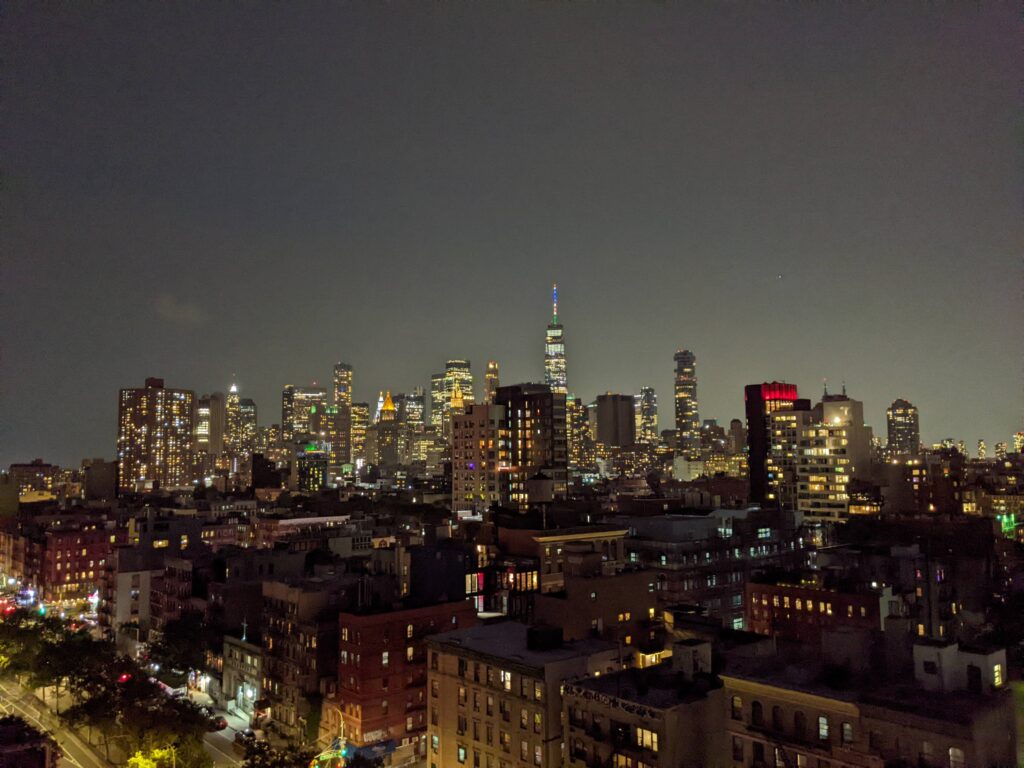 The view from my hotel room over the One World Trade Center and the Financial District. Photo credit: Noël Speck
My first trip to New York was not (only) to take a selfie with the Empire State Building, but to explore how an early-stage startup in the heart of Manhattan’s Financial District works. 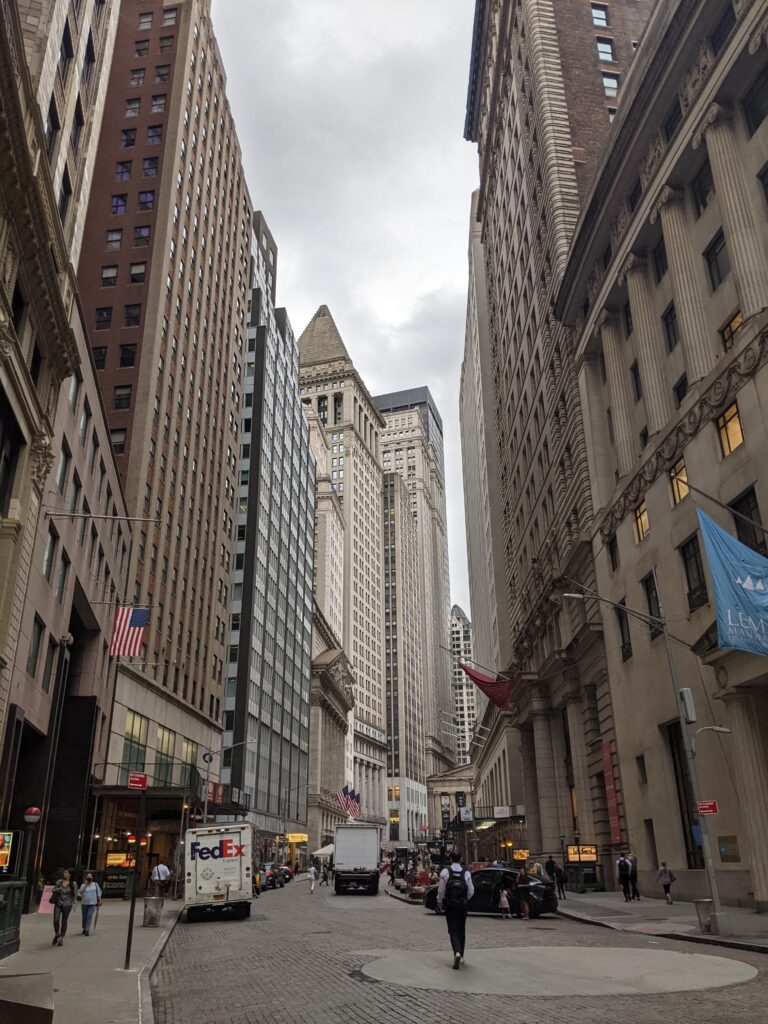 The skyscrapers of the Financial District right outside of the startup’s office. Photo credit: Noël Speck 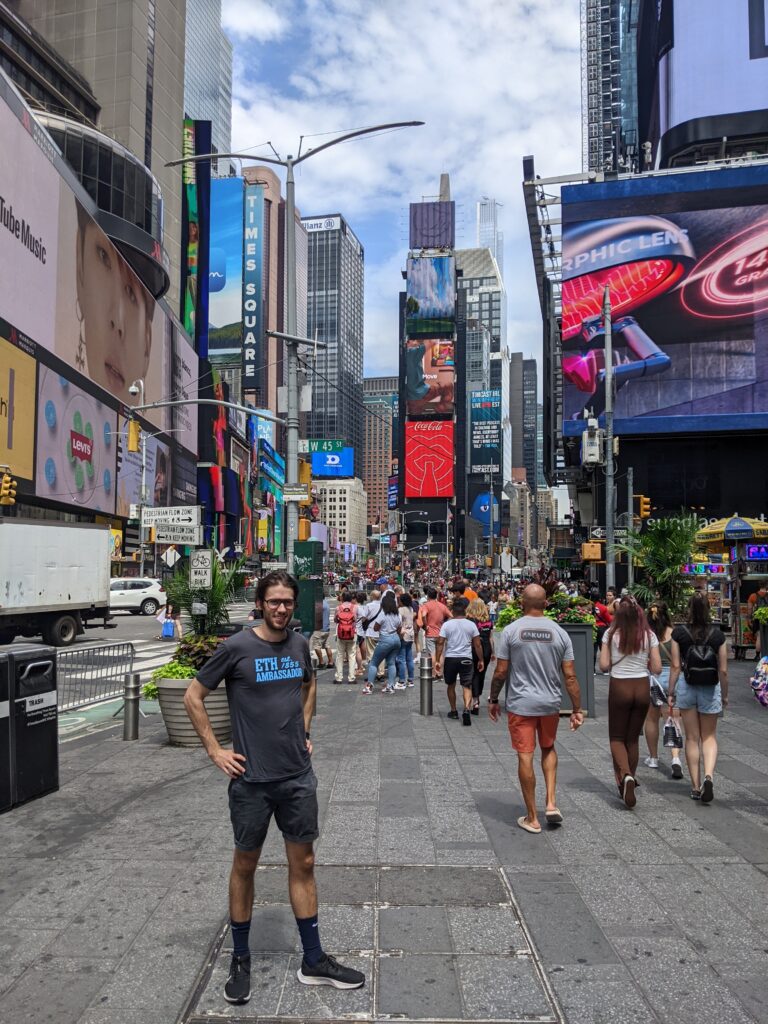 Times Square is one of the most touristy places in Midtown and New Yorkers advised me not to go there. Photo credit: Jan Vukovich
When I hear "New York", I think of Central Park, Times Square and, since I am a huge tennis fan, the US Open in Flushing Meadows. It changed when ETH Studios reached out to the ETH Entrepreneur Club (ETH EC) and asked to share a post about a work experience in a startup in New York. At that time, apart from being a master’s student in Biomedical Engineering, I was also the president of the ETH EC taking care of external communications including this email. The post did not reveal much about the startup itself other than it is called OPEN and operating in the fintech space. However, New York seemed like a unique place to get my first startup work experience and I applied. One cover letter and three challenging interviews later, I received the exciting news that I will be travelling to the US.

The first few days were flabbergasting and I took full advantage of the big city life. Thanks to jetlag, I would wake up early, admiring Manhattan’s skyline and going for runs before work. I passed the cobalt streets of Soho, colourful allies of Chinatown, and crossed an almost tourist-free Brooklyn Bridge. It was so calm and peaceful that one would almost think that New York does sleep at some point. For me, running is one of the most authentic ways to explore a city and I felt the spirit of NYC in these situations. 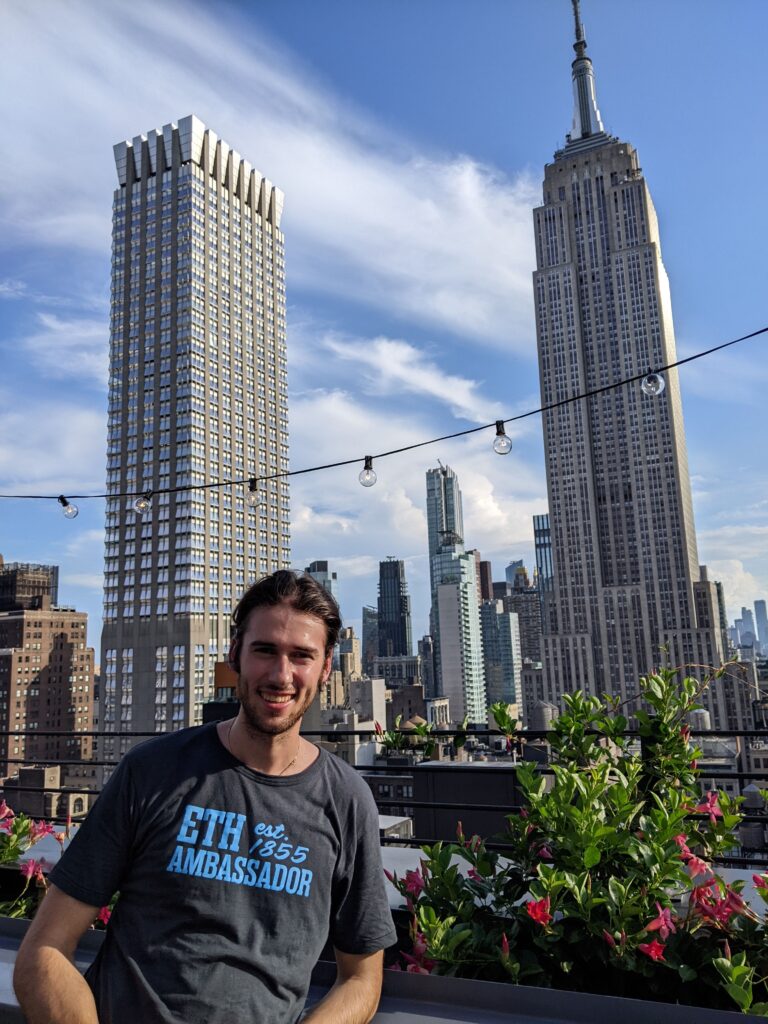 No trip to New York would be complete without catching a great view of the Empire State Building. Photo credit: Jan Vukovich 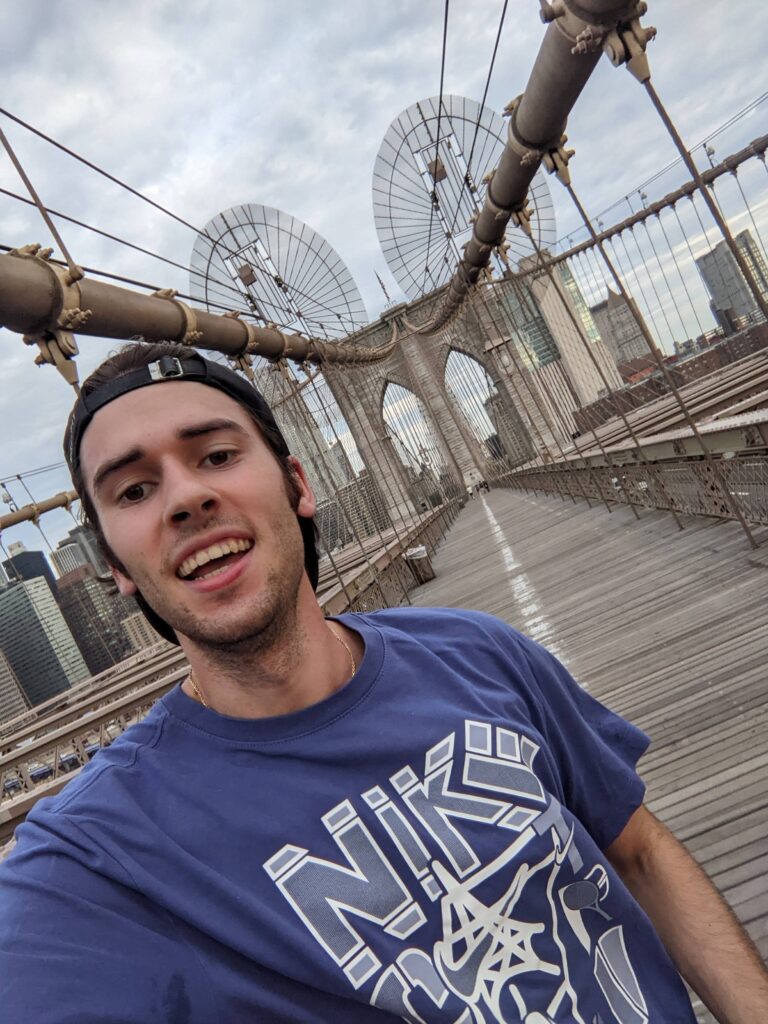 Before going to work, I often went for morning runs over Brooklyn Bridge. Photo credit: Noël Speck
Slightly more hectic yet memorable was my daily working routine. It started with navigating my bike through the concrete jungle of Lower Manhattan trying to find a free spot to lock my bike. The startup’s headquarters was in the Financial District only a few steps away from the New York Stock Exchange. Considering that OPEN have been incorporated for less than a year made me realise that the rumour of US startups setting much higher, even ridiculous goals, probably has some truth to it. In fact, OPEN operated on an incredibly high level for being early-stage and have plans to become a unicorn within the next 5 years. The only constant in every startup seems to be the busy schedules. OPEN is building publicly traded indices and index fonds for startups which finally enables the public to invest in startups and benefit from potentially huge returns. Since they were talking to a lot of investors at that time, we had long and late-night meetings to discuss our pitchdecks and I sometimes skipped my lunchbreak to curate information needed to convince potential investors. Even though I only stayed for two weeks, I was immersed in the company and contributed a meaningful part to OPEN’s mission to make venture capital more accessible.

Another integral part of the startup philosophy is the social part. Margaritas and tacos on Friday at the Mexican restaurant next to the office are a tradition of OPEN and we frequently went for lunch and dinner together. It is the energy of New York City that drives you and you will never get tired of exploring different restaurants, bars, neighbourhoods, and museums. After all, it is New York, New York, the city so great they named it twice.

Book recommendation for people interested in startups and IPOs: https://www.amazon.com/Going-Public-Silicon-Loosened-Revolution/dp/1538707888 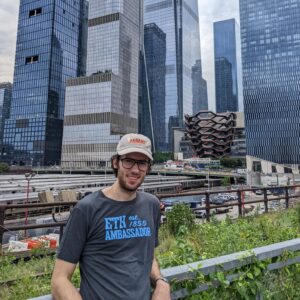 Noël Speck
Noël Speck is a master’s student in Biomedical Engineering at ETH Zürich focusing on Tissue Engineering. Apart from exploring academia, he is a former president of the ETH Entrepreneur Club where he developed his passion for startups and venture capitalism.

This experience was part of the ETH Studios, presenting students with opportunities to work in innovative environments and corporate contexts that address the challenges of the digital era.
PS: WE ARE HIRING! Our team is looking for a new Events & Communications Manager. Could you be the next person working on the ETH Ambassadors blog? See here for the full details.