Over 65% of arable land in Southern Nigeria is cassava-maize intercropping systems. Improving sustainably this system would contribute to enhancing the livelihoods of millions of smallholders. 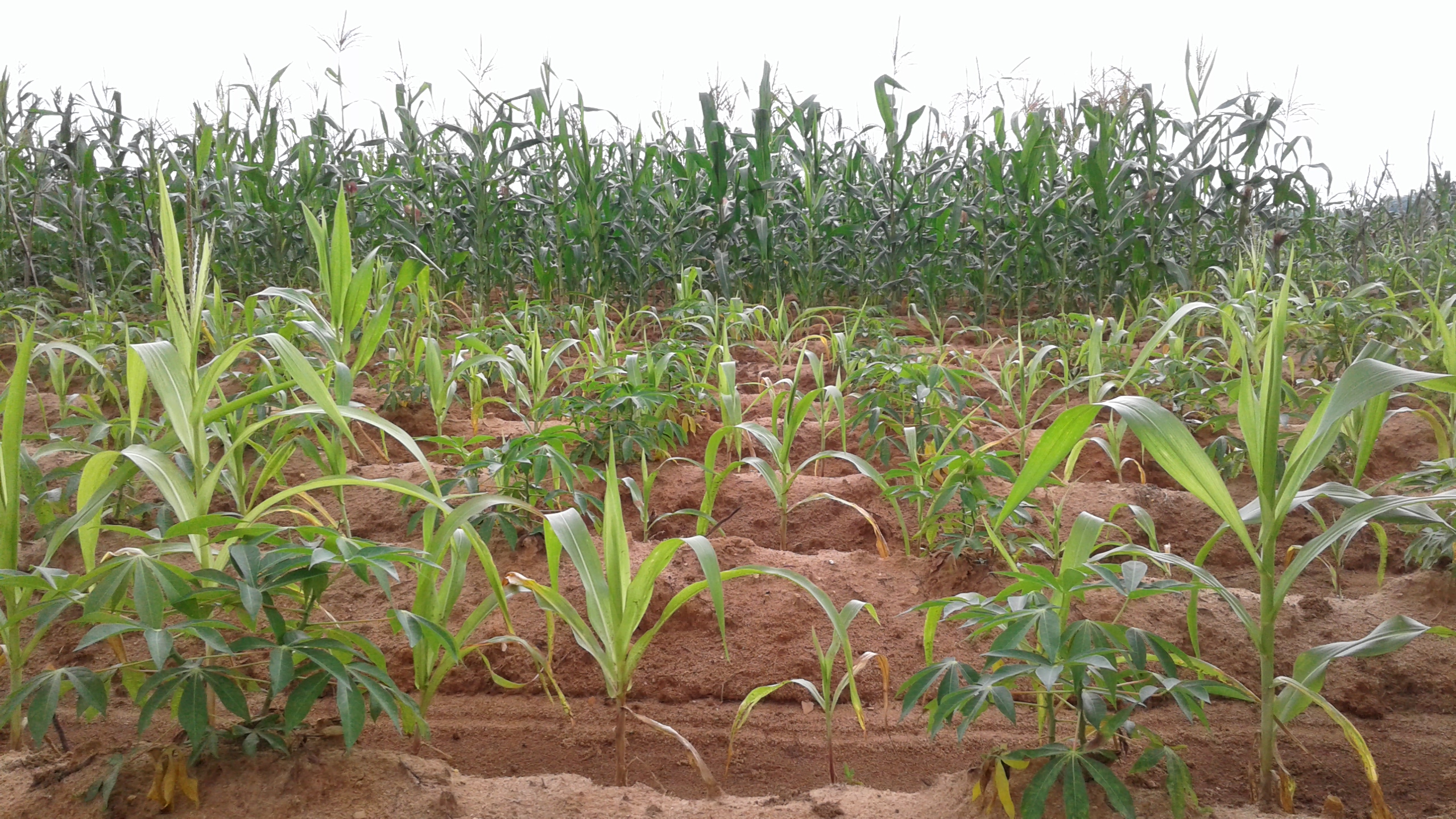 Cassava-maize intercrop field managed with fertilizer (in back) versus without fertilizer application (in front) at Orumba South, Anambra state, Nigeria. Photo credit: Charles Nwokoro
My name is Charles Nwokoro. I grew up in a rural community in southern Nigeria where households were dependent on small-scale farming to make ends meet. Where people exchanged or sold livestock, leafy vegetables, but mostly cassava (stems i.e. seeds and storage roots), and maize cobs to settle bills. That was the extent to which small-scale farming, especially the cassava-maize intercropping system, sustained families.

By the age of 12, I already was accompanying my parents to the fields. I performed light operations ranging from gathering forages for livestock to sowing maize and planting cassava. Cassava-maize intercropping system is very popular in southern Nigeria. Every farming household planned and cultivated it every season for food and income. Nowadays, cassava is revered by smallholders as the “king of crops” because of its adaptiveness to extreme weather conditions – drought, erratic rainfall, and poor soil fertility. Maize is the first-choice crop combination with cassava by smallholders in southern Nigeria. It is harvested early in the season (-3 to 4 months after sowing) before cassava (-5 to 8 months later). Cassava is widely spaced (at least 1m × 0.8m), therefore, intercropping it with maize reduces weed pressure. Like every production system in the context of smallholder agriculture, the system is exposed to complex socio-economic and environmental challenges that threaten its productivity and sustainability. However, unlike other systems, it has received very little social and climate change adaptation support. Despite contributing significantly to food and income security for smallholder farmers.

Reflecting on a short but memorable experience from my teenage era: There was a particular season when most families cultivated their fields, planted cassava, and sowed maize immediately after rainfall began. However, what was remarkable that season was that rainfall was unusually less frequent, light, and poorly distributed. The sown and planted crops germinated and flourished for about 7 weeks or more. Everyone was very happy and counted the days to maize harvest. Unexpectedly, rainfall ceased for almost three weeks. Soil moisture dried up and the once evergreen maize plants became mostly brown as everyone watched helplessly; the maize had been hit by drought at a very critical stage in its development. The yield from that season was poorer than I had ever experienced. The cassava was very tender, but it survived the dry spell, living up to its name as a “hardy crop” and bringing into perspective the significance of crop diversification. However, declining soil fertility threatens its productivity and the overall sustainability of the system. This experience I had is a seasonal reality for many smallholders. Perhaps, if we had access to and planted drought-tolerant maize varieties our yields would not have been significantly affected by the drought. Similarly, if climate change adaptive innovations/ inputs such as the drought tolerant maize varieties would reach smallholders, they would be better adapted to the present days' climatic uncertainties and have protected livelihoods.

Just recently, during the 2018 and 2019 cropping seasons, I had the opportunity to closely interact again with farmers and witness some of the challenges they face in the intercropping system. This was during the field implementation of my doctoral research on improvements to cassava-maize intercropping systems. The study was based on the framework of the African Cassava Agronomy Initiative (ACAI, https://acai-project.org/) project. I witnessed as most farmers, whose maize was severely infested by the fall armyworm, hoped for the miracles that never happened. I could control the pests on my experimental plots because the ACAI project sponsored it and provided the resources for such unforeseen circumstances. However, it was not a win that I did effectively control the pest, because the farmers whose fields were near and far from my plots could not. They couldn’t because they had no access to effective pesticides or a resistant/ tolerant maize variety leading to them incurring substantial avoidable yield losses. The losses would not deter them from returning to the fields the following season. This was not because they quickly forgot the experience from the previous seasons or had access to the right inputs, no. It was because their livelihood depended entirely on it. Such is the condition of the rural smallholder producers who produce between 30 to 70% of the global food supply and whose source of livelihood is severely threatened.

As the world focuses and races to recover from the impacts of COVID-19, the interconnectedness of global food systems, one of the worst hit by the pandemic, calls for balanced action. COVID-19 exacerbated the negative impacts of climate change on the already most vulnerable smallholder production systems. Therefore, given its contributions to the global food supply, recovery strategy action plans must integrate the adaptability of the smallholder systems and farmers into core interventions. Smallholder access to climate change adaptation input and application knowledge based on their available resources through research and extension is needed now more than ever. 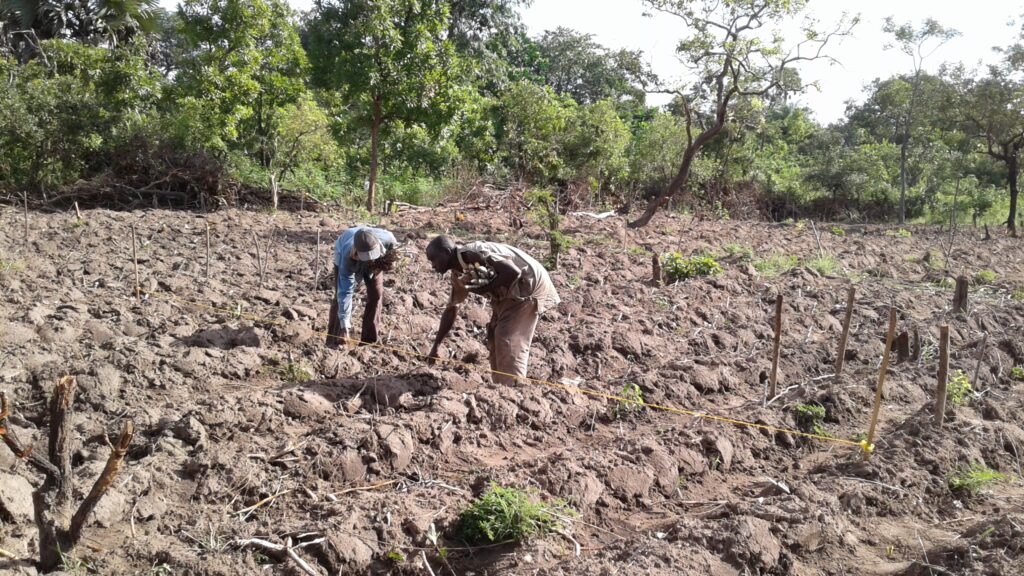 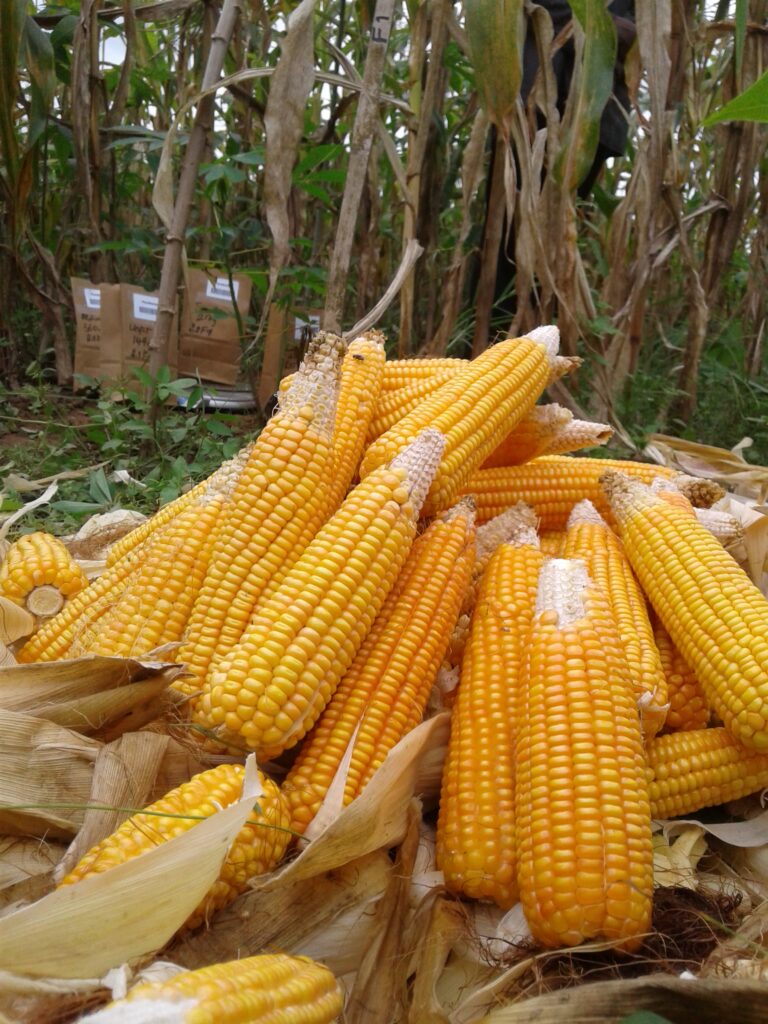 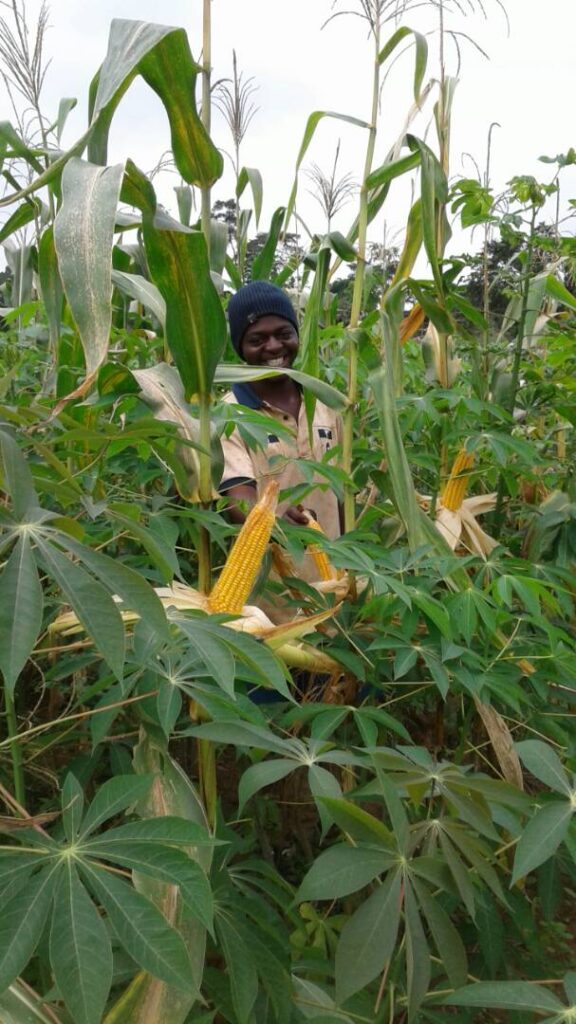 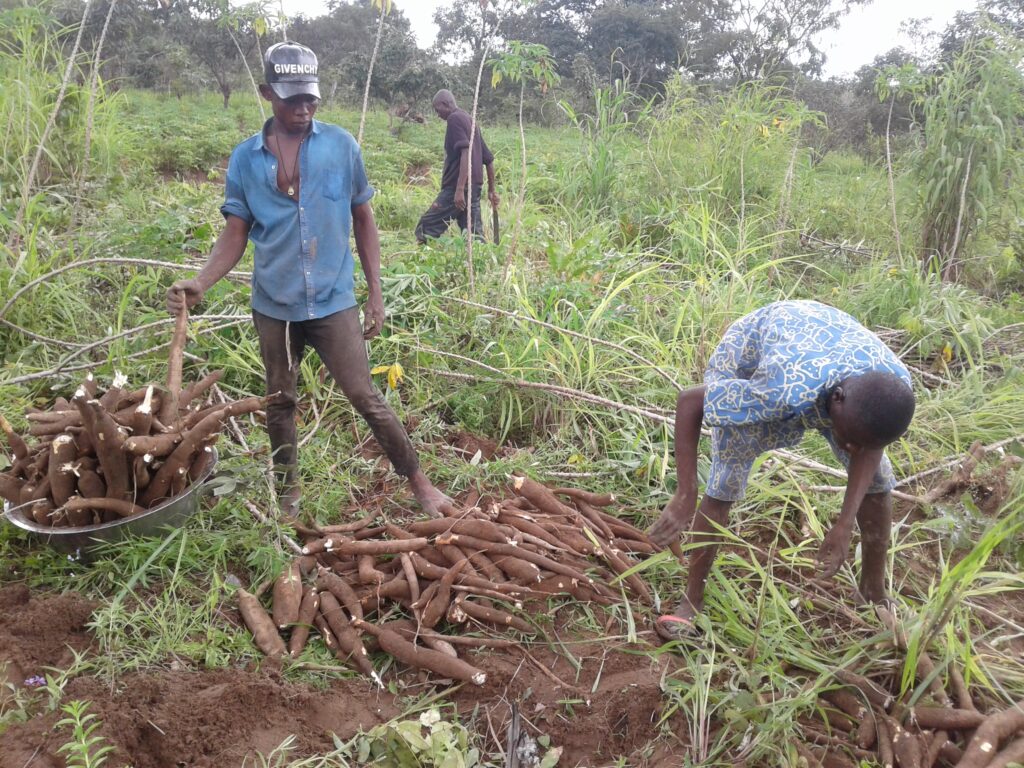 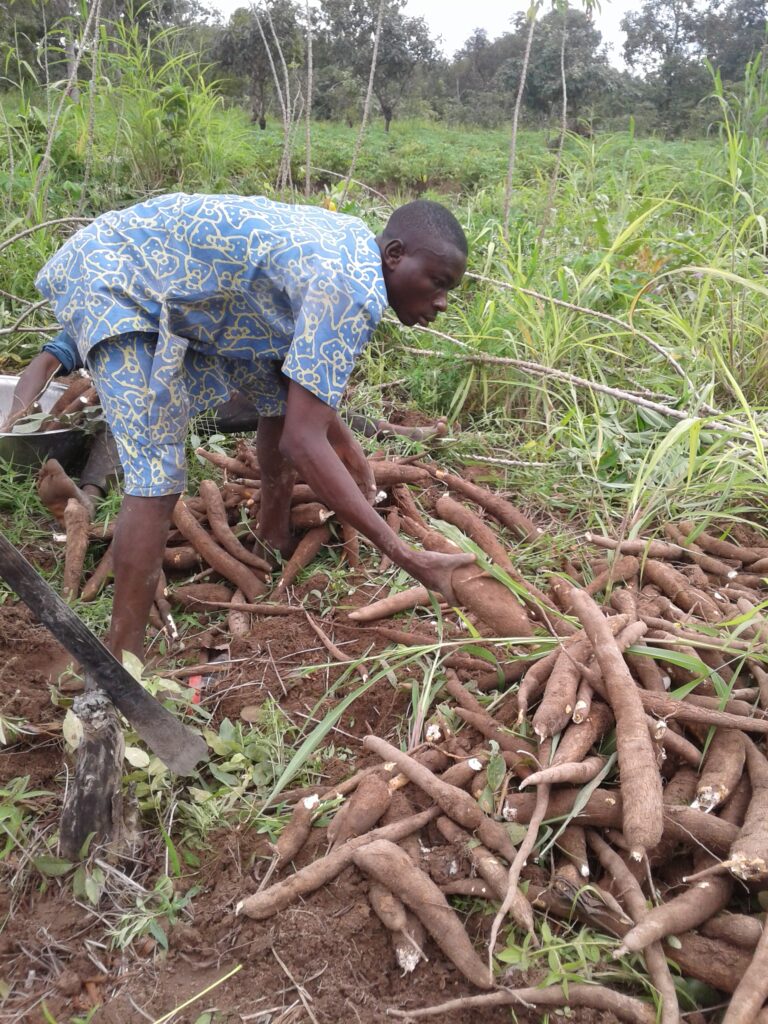 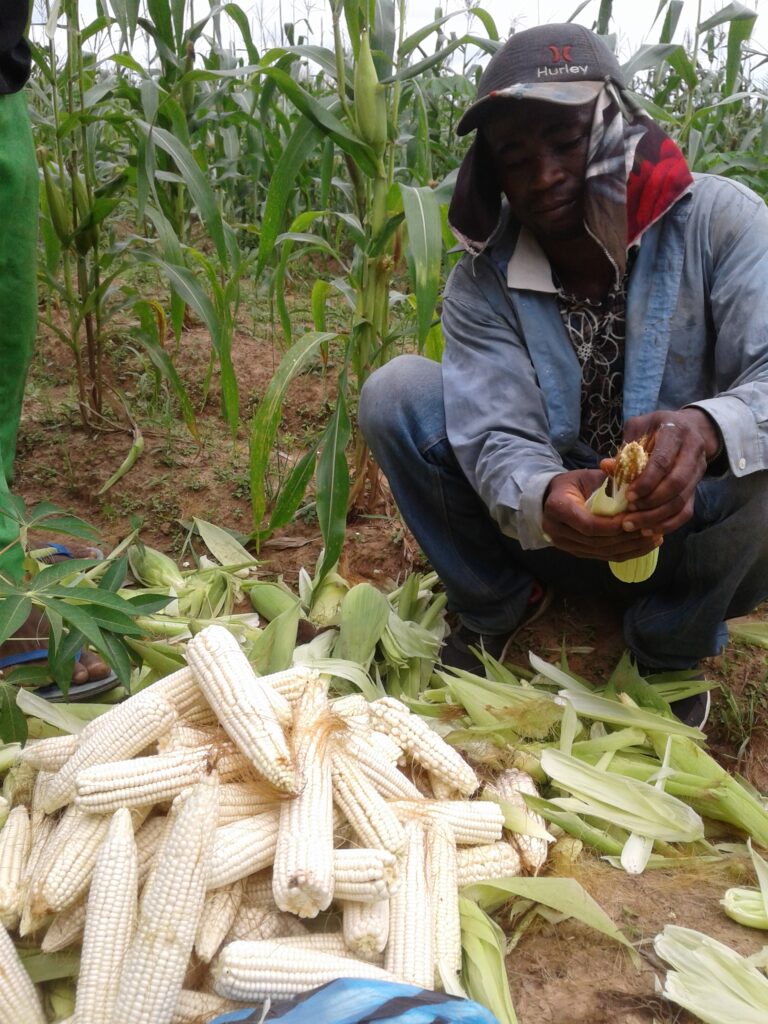 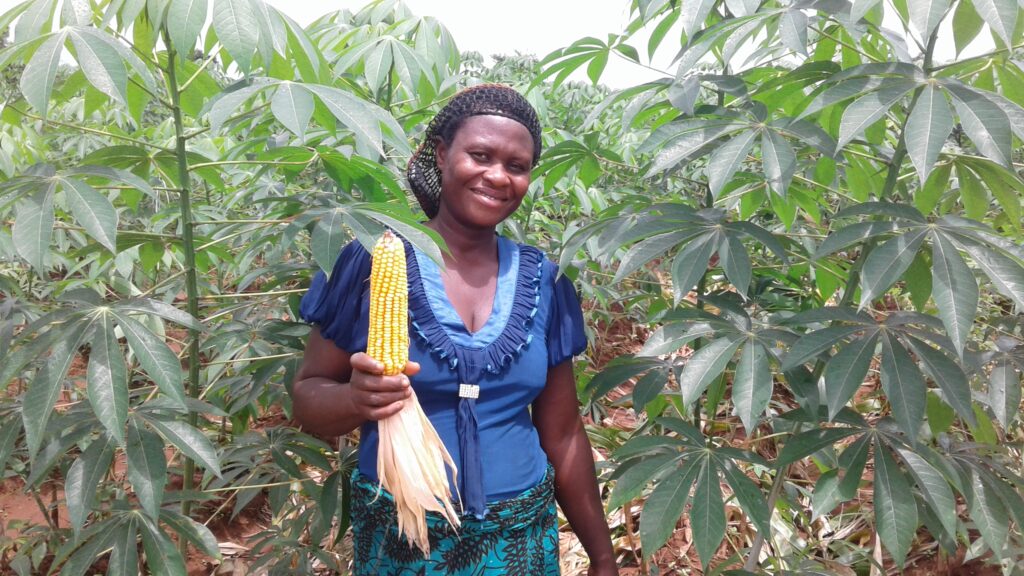 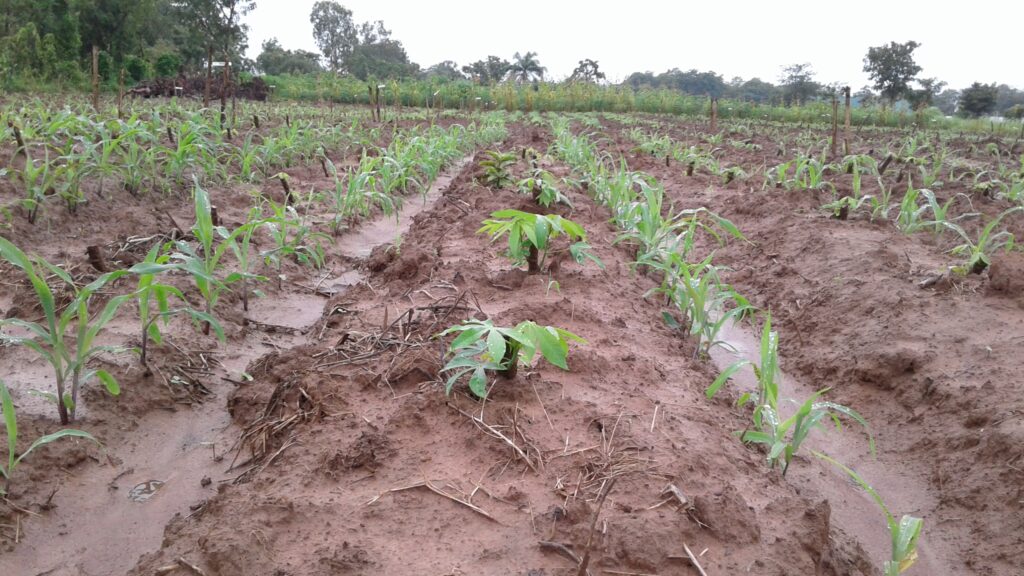 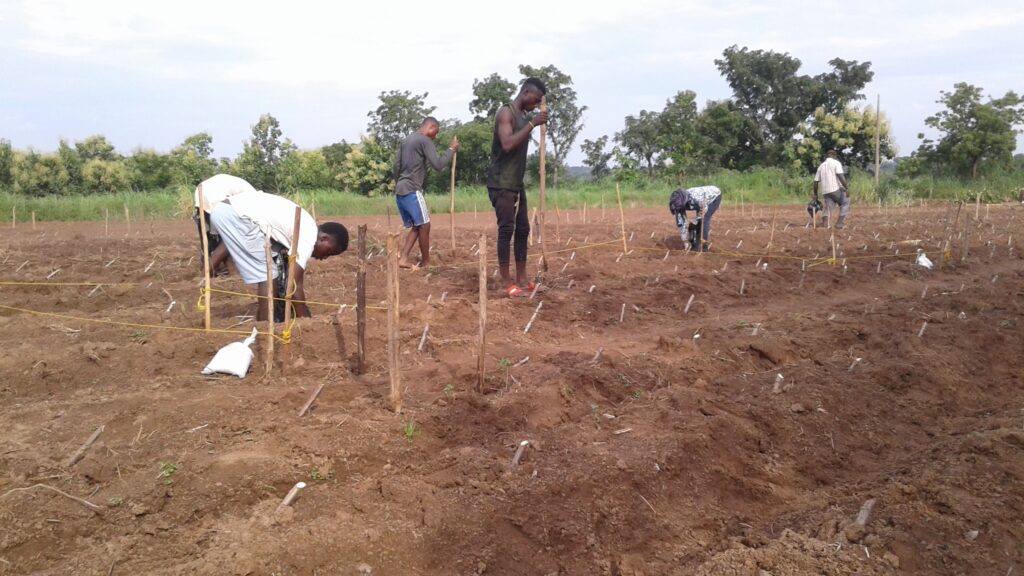 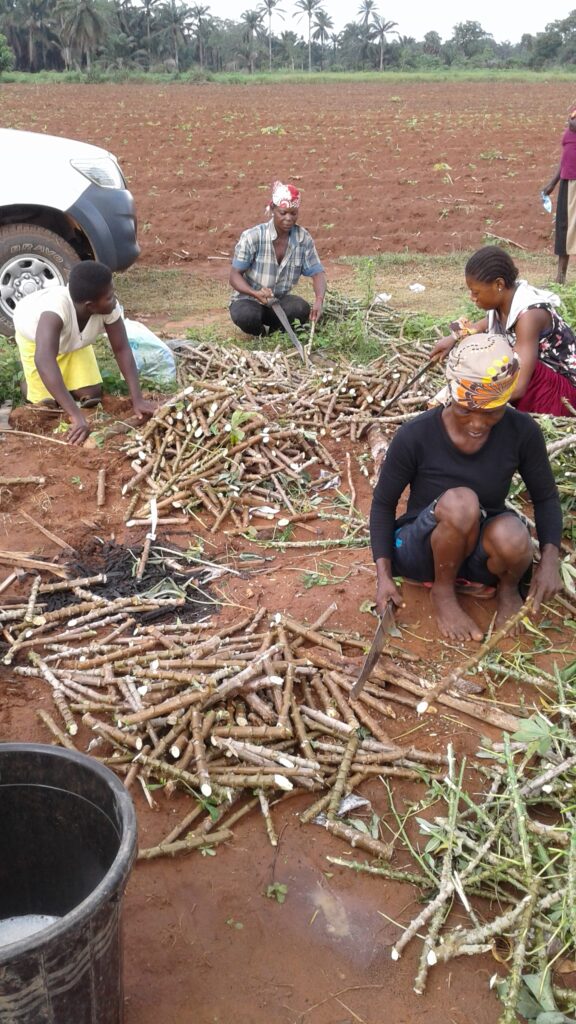 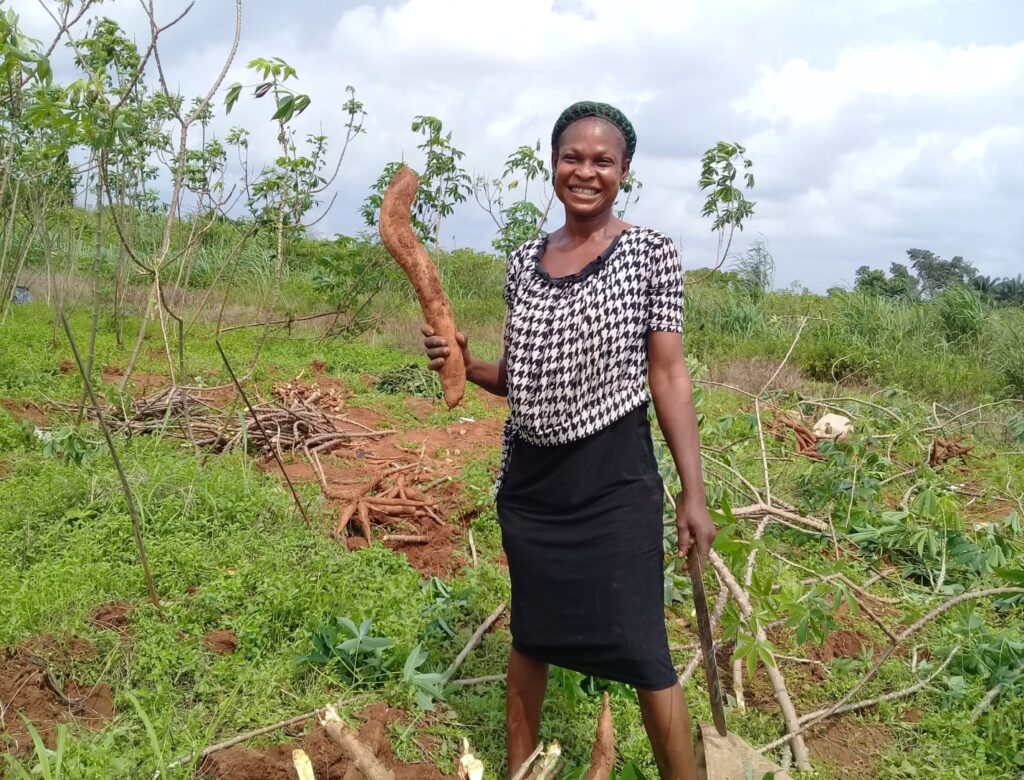 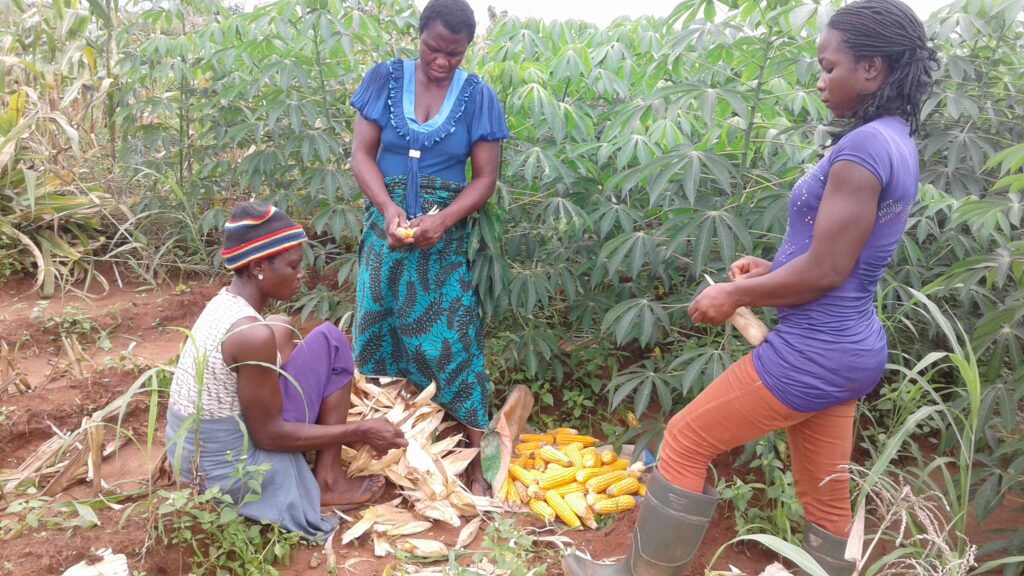 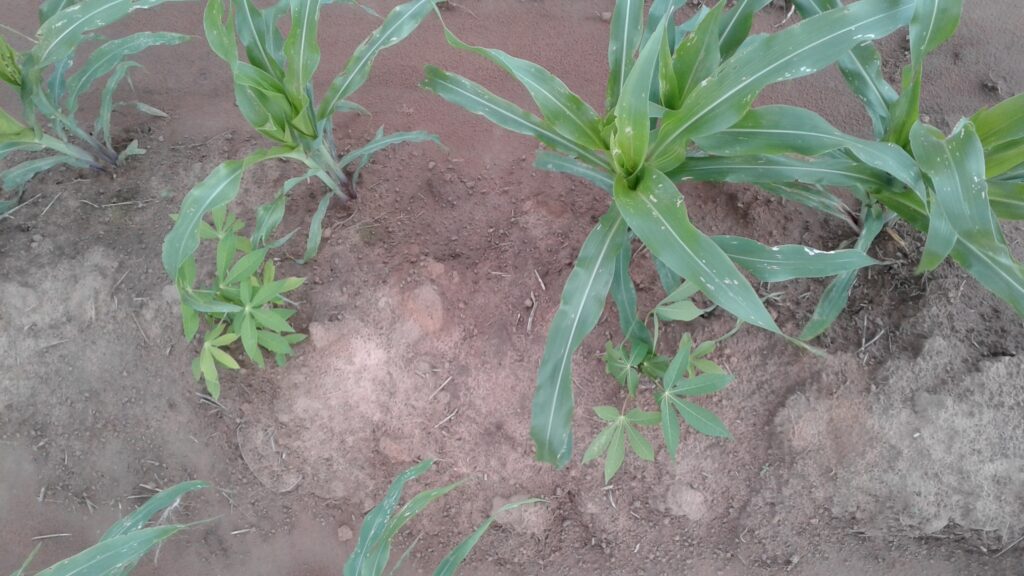 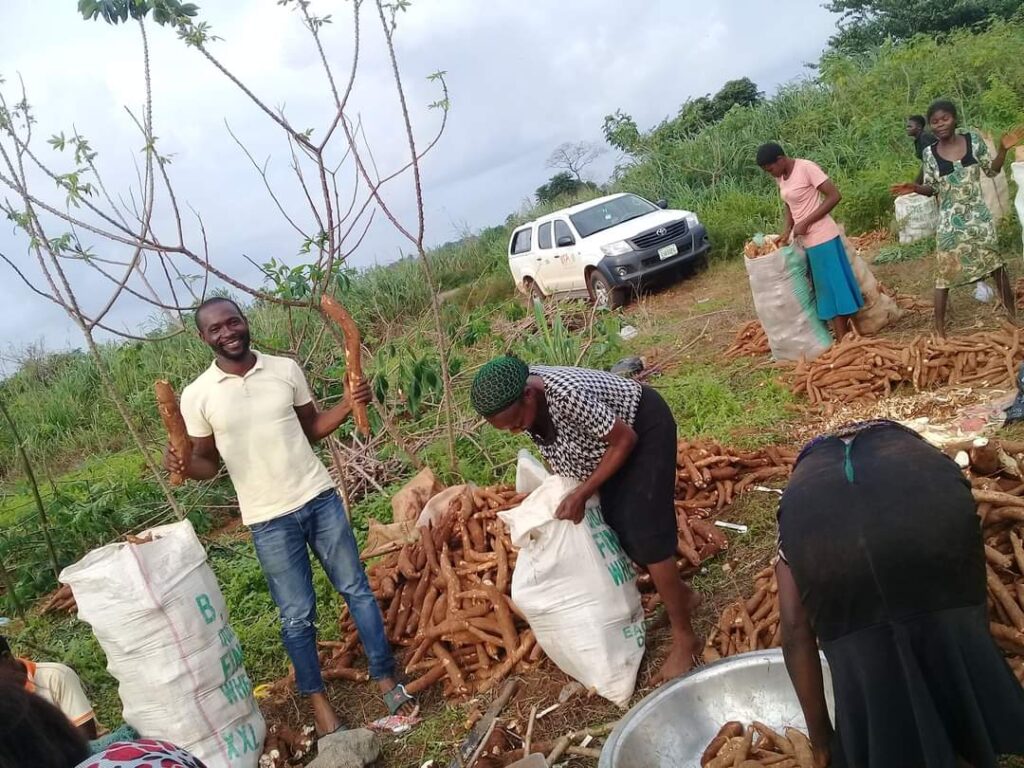 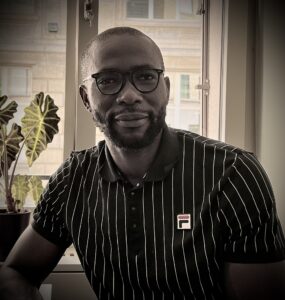 Charles Chigemezu Nwokoro
Charles is a Cropping Systems Agronomist / Scientific Officer at the Syngenta Foundation for Sustainable Agriculture (SFSA) and ETH Zürich. He has over 25 years of farming experience, including 10 years collaborating with smallholder farmers in Africa in developing context-specific, affordable agricultural innovations, that aim at improving the livelihoods of smallholder farmers.