Swissloop Tunneling is a student association at ETH. After the great success at Elon Musk's Not-a-boring-Competition in 2021, the team hosted its own event this year. 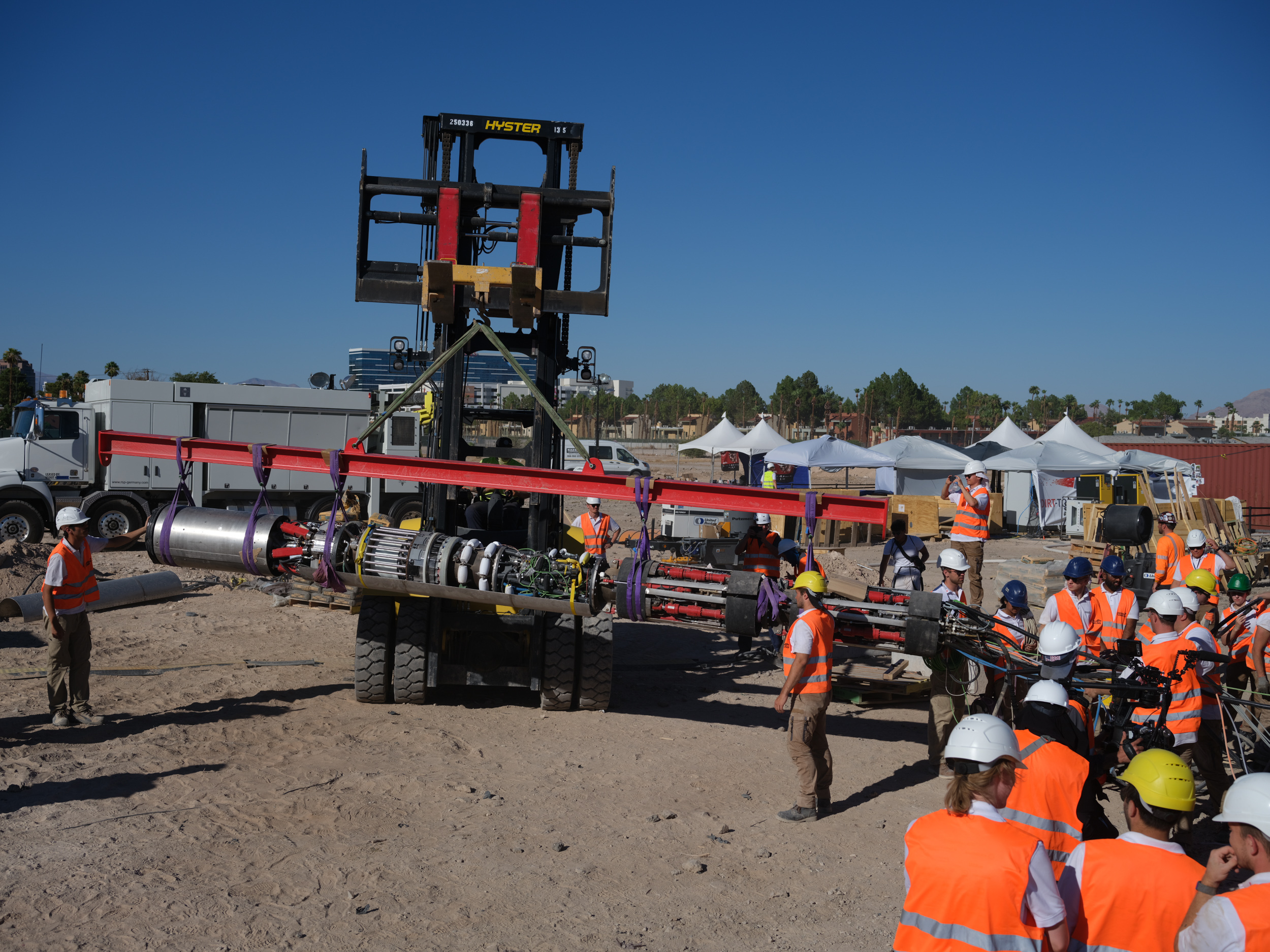 At the Not-a-boring-Competition 2021 in Las Vegas
Photo Credit: Janick Entremont
The student-led association Swissloop Tunneling is based at ETH Zurich (the Swiss Federal Institute of Technology in Zurich), conducting research on tunneling solutions. Last year, the team designed and built their first tunnel boring machine, Groundhog Alpha, named after one of nature’s most creative tunnel-building animals. With its unique steering mechanism and progressive tunnel lining system, Groundhog Alpha is more agile than conventional solutions and can 3D-print the tunnel lining while continuously moving forward.

One of the most significant issues in tunneling nowadays is the significant cost and the challenging logistics. The boring machines and the tube sections are heavy and usually need to be transported hundreds of kilometers to the digging site. Most conventional tunnel boring machines stand still when tube sections are being placed. Under these premises, the Hyperloop concept is impossible to be realized in areas where tunneling is required. Swissloop Tunneling is developing small-scale tunnel boring machines with innovative processes with a long-term goal to scale up the systems to the dimensions for the Hyperloop concept. Hyperloop is a futuristic form of transportation that seeks to overcome today’s issues of conventional mobility systems. It consists of a sleek, pod-like capsule levitating inside vacuum tubes, accelerating across the country at high speeds, inexpensive for goods and people. Current large tunnel boring machines (which would be used for road construction) are not standardized and too expensive for the hundreds of kilometers of tunnels needed for large-scale Hyperloop networks. 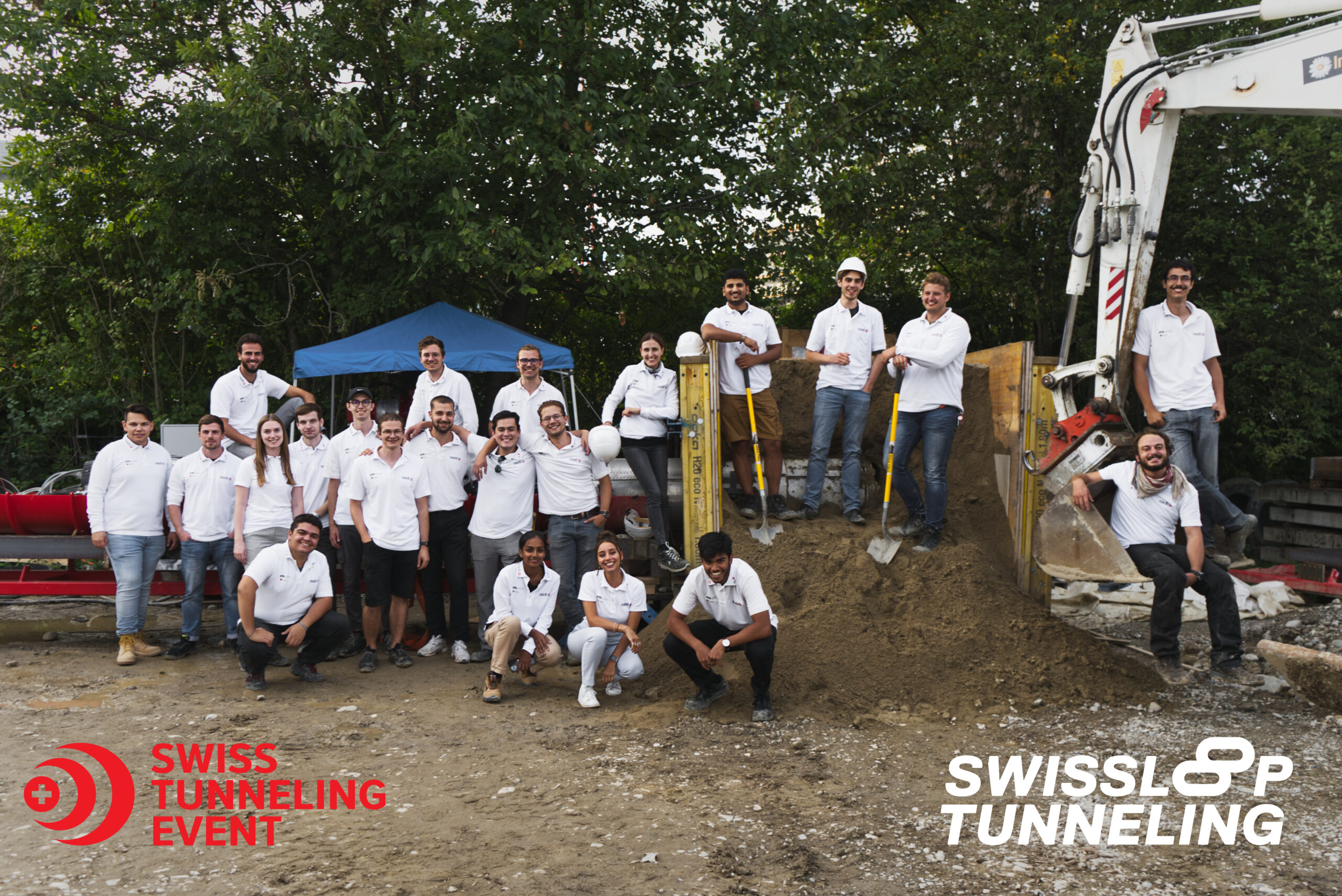 The Swissloop Tunneling team at the Swiss Tunneling Event
Photo Credit: Seline Lötscher
The Not-a-boring-Competition challenges teams to develop tunneling solutions and demonstrate that they can build tunnels faster than snails can slither. The Boring Company invited twelve teams worldwide to race their tunneling systems in the first international competition in September 2021 in Las Vegas. Swissloop Tunneling won the Innovation and Design Award and placed 2nd in the overall scoreboard.

Since the second iteration of the Not-a-boring-Competition won’t happen until late March 2023, Swissloop Tunneling hosted an event on the testing facility at EMPA. The Swiss Tunneling Event took place in September 2022 and aimed to present this year's achievements and future projects and showcase the technology by demonstrating the machine's capabilities with a live demonstration. Additionally, some industry partners were present on site and presented their team and products with exhibition stands to conduct networking exchanges with the invited students and guests.

Do you want to learn more about Swissloop Tunneling and even get the chance to participate in the Not-A-Boring-Competition 2023 in Texas? The team is starting its third year of the project and is looking for motivated students to join the team and contribute to building the most innovative tunnel boring machine in the world. Check out the Swissloop Tunneling website for more information. 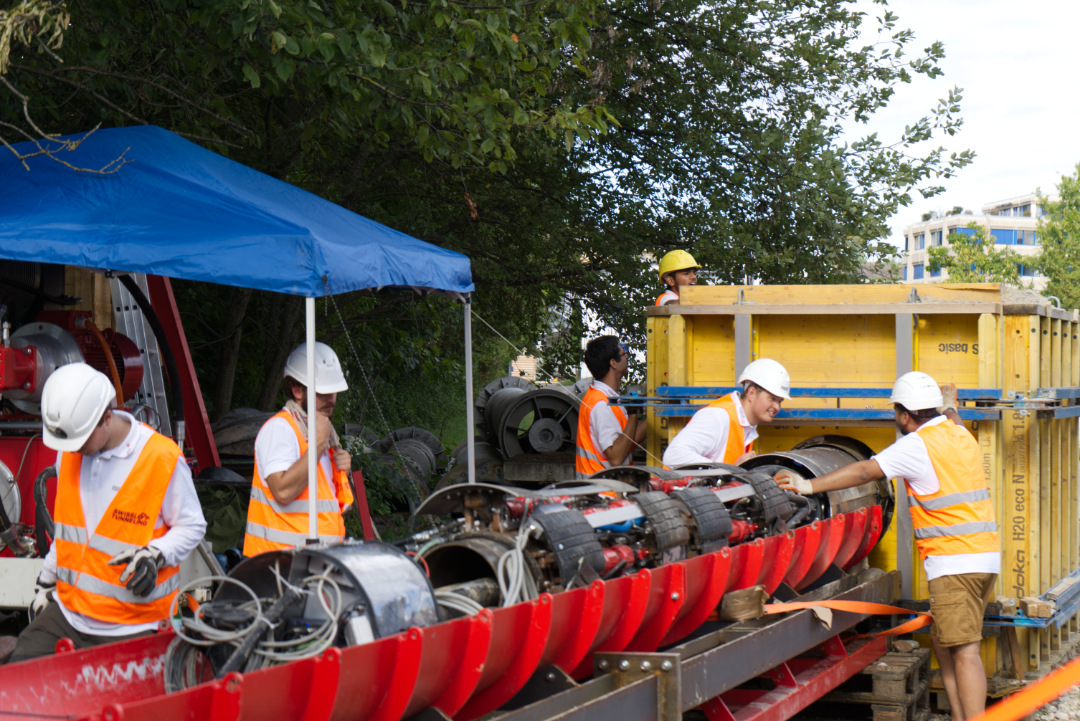 Preparing Groundhog Alpha for the drilling at the Swiss Tunneling Event
Photo Credit: Seline Lötscher
Find out more about The Boring Company 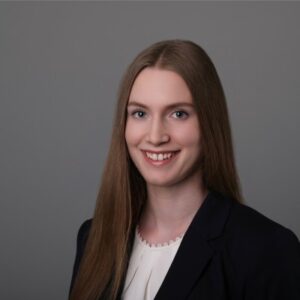