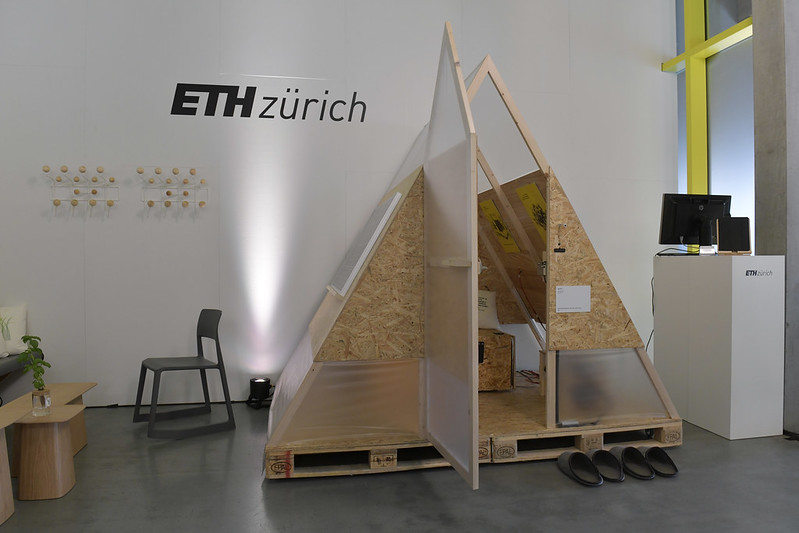 No1s1 at WEF (photo credit: A. Eggenberger/ETH Zurich)
Another version of this article was first published on LinkedIn.

Recently at the World Economic Forum in Davos, the ETH Zurich Pavilion featured Hongyang Wang’s prototype of a self-owning house equipped with IoT systems and its own treasury on the blockchain.

No1s1 (no-one’s-one), which began as my master’s thesis, is a house (and meditation space) that is equipped with IoT systems. What makes it unique is that the house owns its treasury on the blockchain. No one owns the house, not even the creators. How is the ownership like when house owns itself and a machine can participate in the network just as its human peers? Ultimately, this research explores the possibilities of a system of coded rules leveraging blockchain smart contracts that distribute rights, value and power among a hybrid community of autonomous human or machine agents.
It was a great honour for No1s1 to be featured in Davos at the ETH Pavilion, during the annual meeting of the World Economic Forum. Over the span of these three days, we had many high-profile guests who meditated in no1s1. Among the visitors, a highlight was climate fiction author, Kim Stanley Robinson who talked about the climate crisis, policies, government and misaligned incentives. These are the exact triggers that lead to the creation of No1s1 - and my research into using blockchain technology for the built environment, creating decentralised autonomous buildings and spaces, and systematically designing incentives that potentially promote a sustainable and net-positive collective outcome. 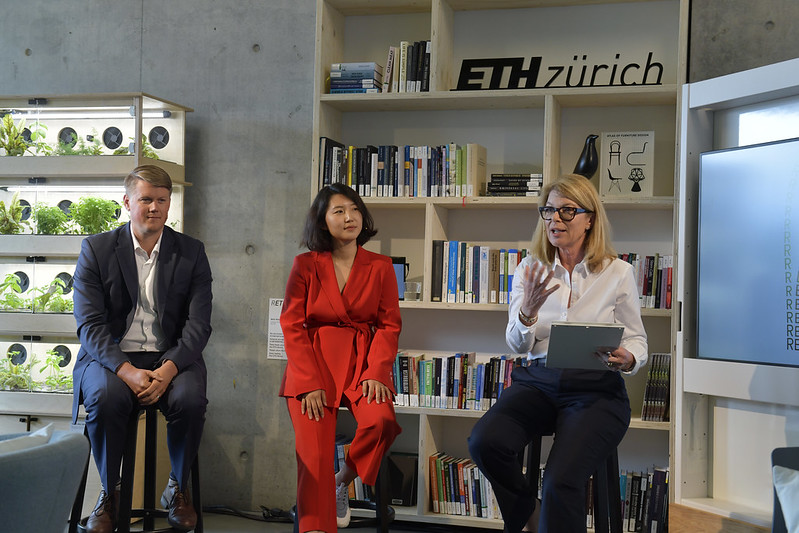 Panel of No1s1 at the ETH Pavilion in Davos (photo credit: A. Eggenberger/ETH Zurich)
I participated in a panel alongside Daniel M. Hall. We talked about the journey of building no1s1 and our research thinking, and got great and inspiring feedback from the crowd. As Chris Luebkeman said on another panel, “We have a duty to hope.” My hope lies in every meaningful conversation, brilliant yet maybe heated exchanges and deep human bonding.
Aside from being a venue for exchanges and conversations, the experience at ETH Pavilion made me see a bigger picture of the academic world beyond the scope of a student. At ETH, we have such brilliant teams, the ETH President Office, the ETH Rector Office, the ETH Strategic Foresight, the ETH Corporate Communications, et cetera. All these mental and strategic forces carry the burdens and work relentlessly to pave the way for us students, to have the peace and freedom to study, learn, grow, and prosper.
We live in interesting times, where crises seem to continuously erupt globally. Science is often pushed into a secondary position, however, I believe science and scientific thinking are vital in steering us collectively out of these crises. We need to constantly rethink, re-design and re-engineer the way we own, the way we interact and the way we live. To quote ETH Zurich President, Joël Mesot, “We are not surfers, we are the wave.” Collectively, we can make the future we want to see, a reality. 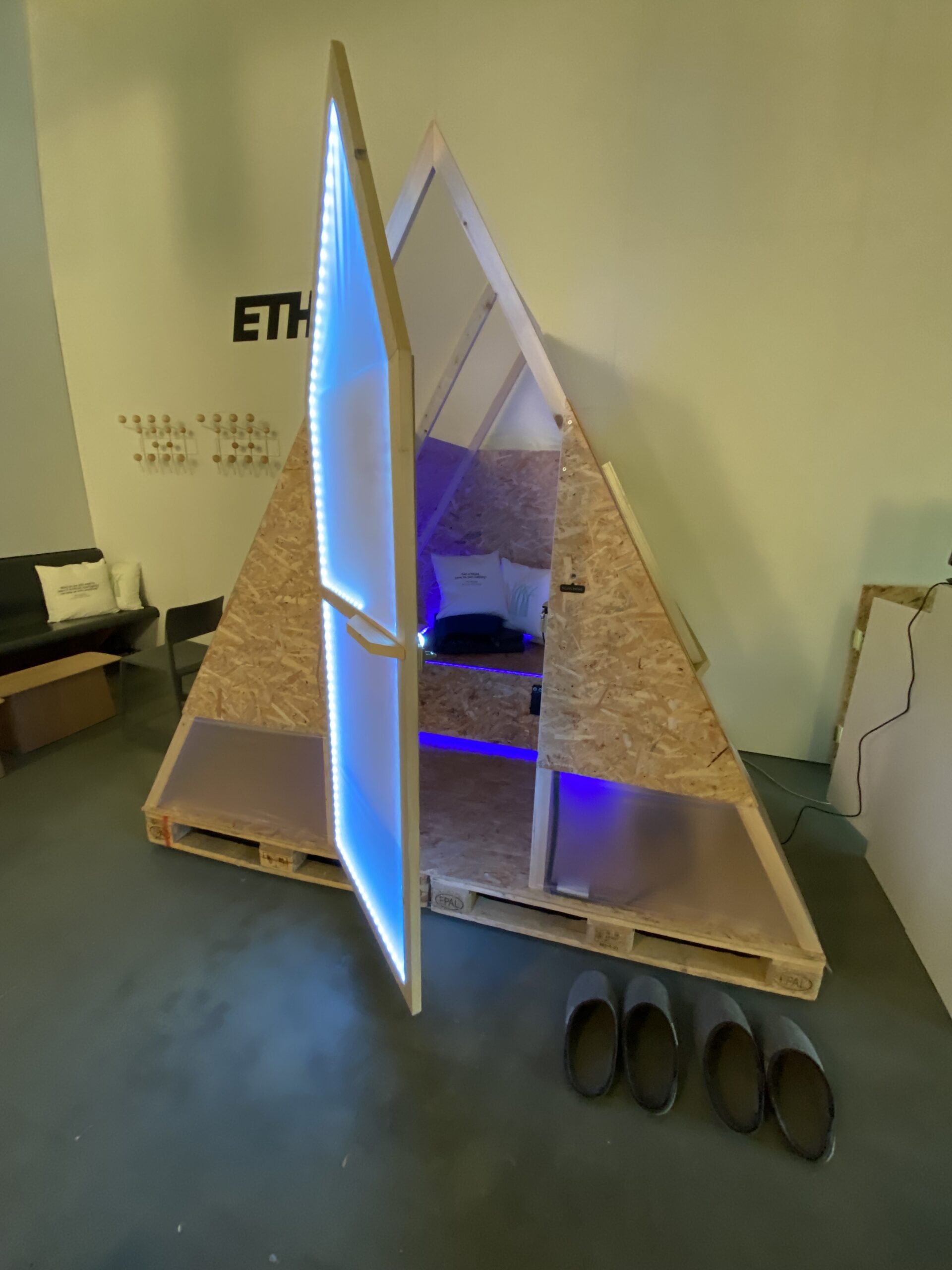 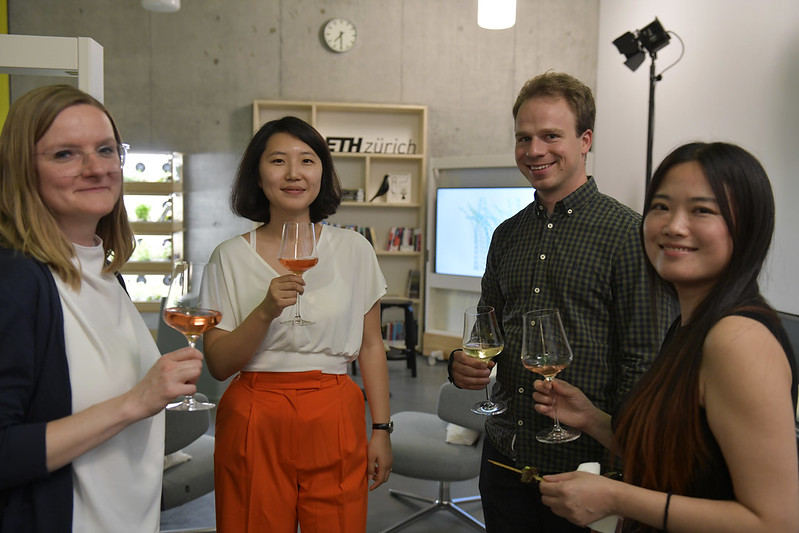 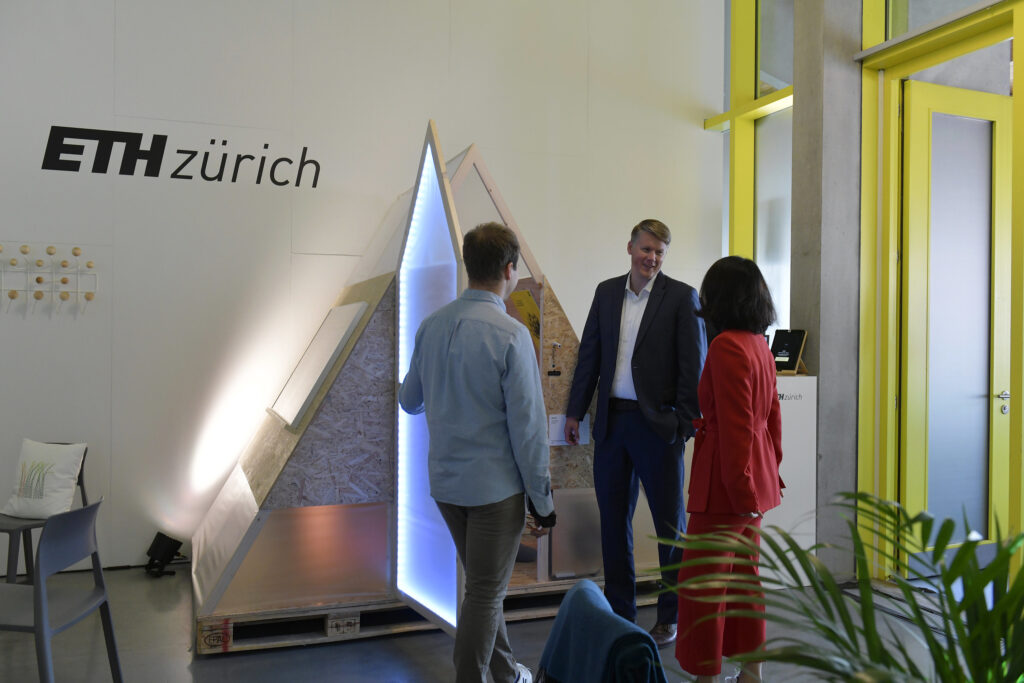 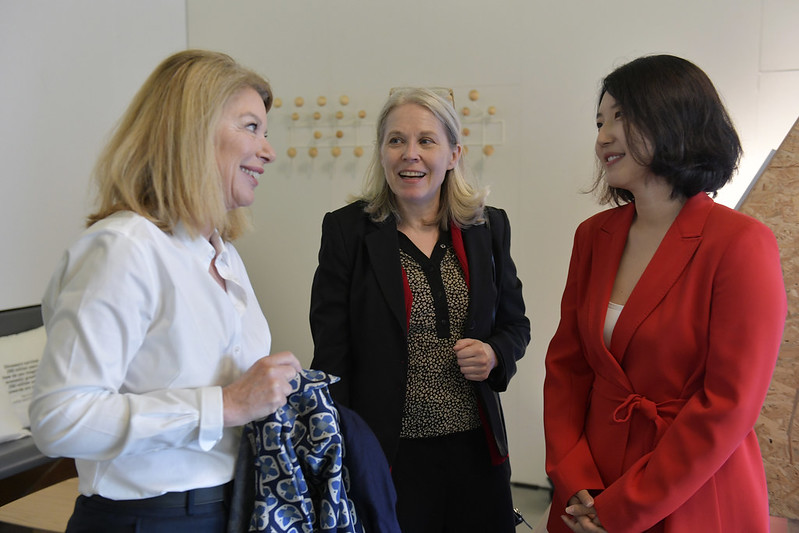 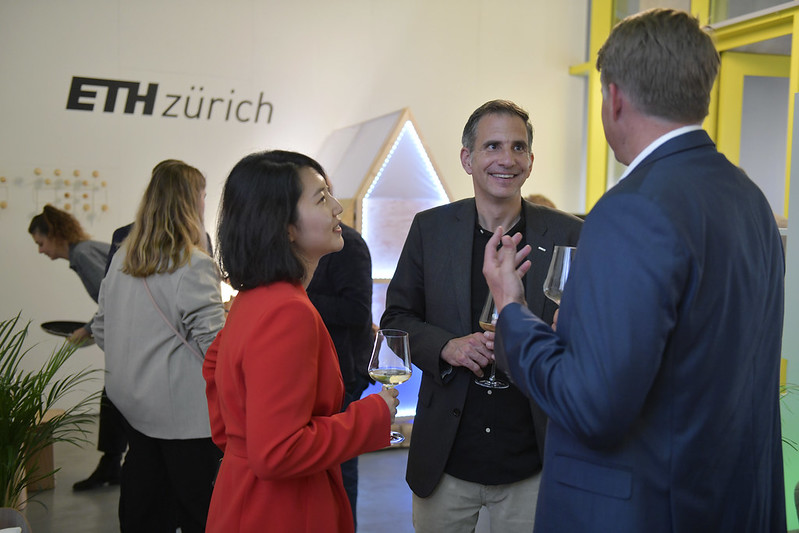 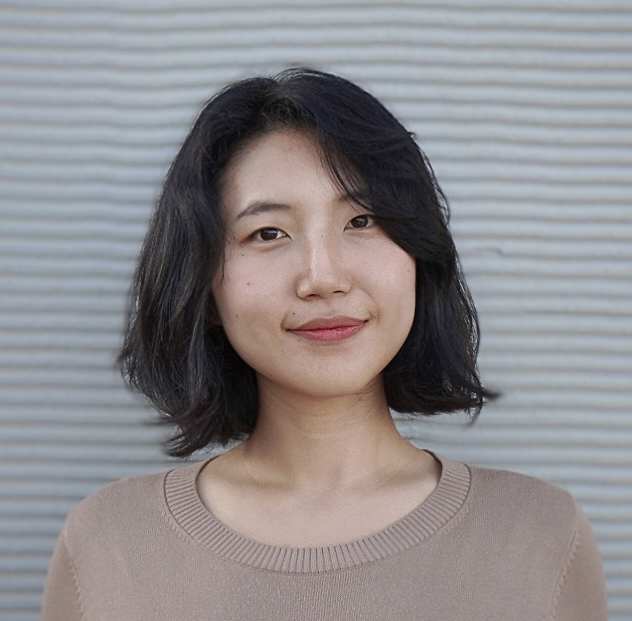 Hongyang Wang is a doctoral candidate at the Institution of Innovative and Industrial Construction (IC) in D-BAUG. She was trained as an architect in the US and later she obtained a Master of integrated building systems at ETH Zurich. Her current doctoral research focuses on applying blockchain-enabled governance in the built environment. She constructed a prototype called No1s1 (no-one’s-one), a house equipped with IoT systems and owns its treasury on the blockchain. Ultimately, this research explores the possibilities of a system of coded rules leveraging blockchain smart contracts that distribute rights, value and power among a hybrid community of autonomous human or machine agents.