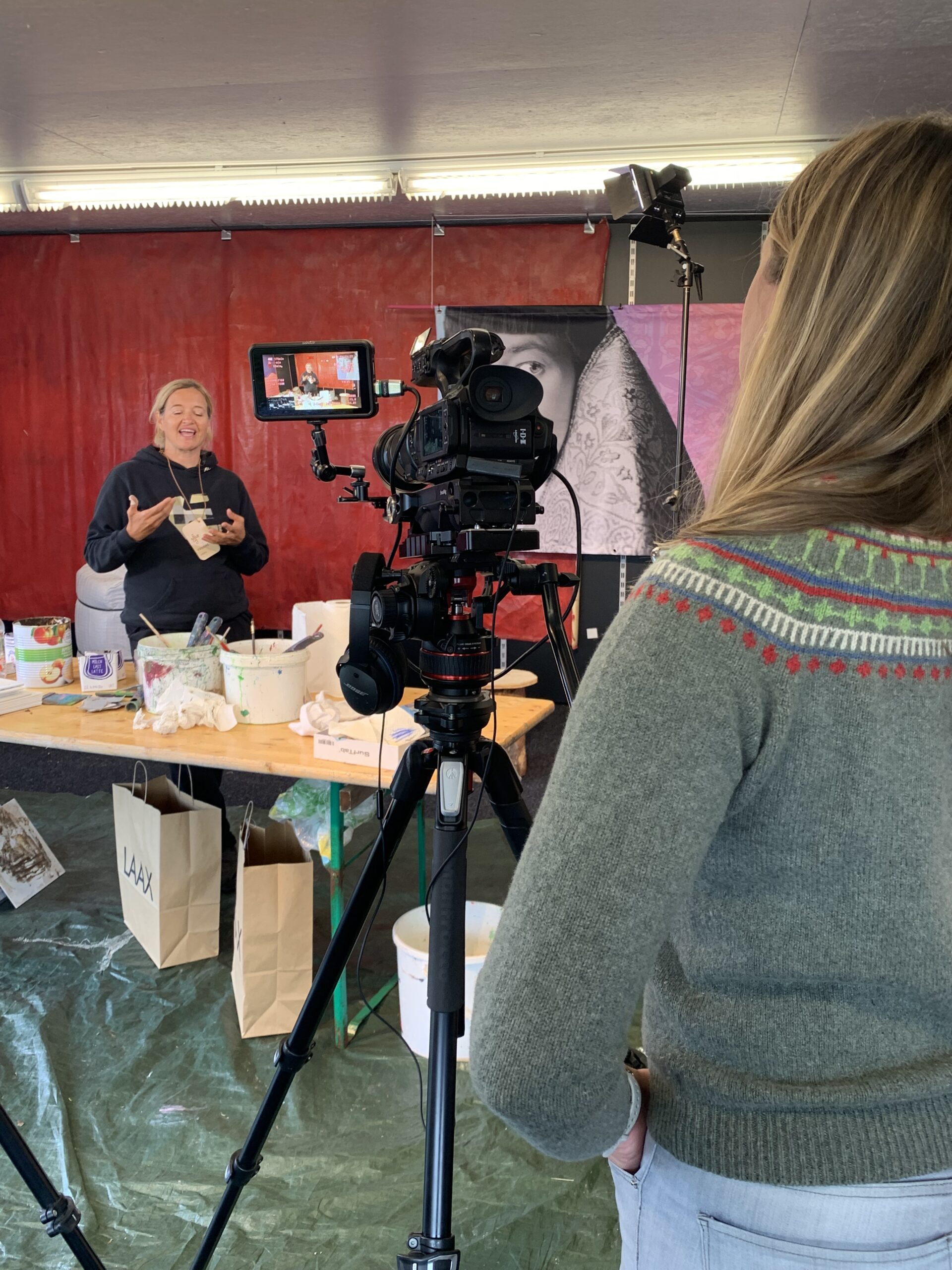 Photo credit: Daniel Barnbeck
Episode 8 connects us with an entirely different stakeholder group, and highlights that the concerns of the past are linked to those of the present. Artist Yvonne Gienal, who lives and works in the Laax area, points out that living together in a shared habitat in harmony with nature is an ancient theme. Using the example of the local legend of Saint Margaret, and the song associated with it, played beautifully in the spectacular outdoors of the Crap Sogn Gion mountain by fellow artist Luis Coray, she paints a picture that reminds us that we are all connected to each other and our history, as well as having a responsibility towards youth, who will take on the challenges we face in the future.

We are very excited to publish this particular clip in the local language of the region, Rumantsch or Romansh. It is one of the official languages of Switzerland along with German, French and Italian. Spoken predominantly in the canton of Graubunden, we support preserving this cultural heritage and welcome your feedback and/questions! Our credit goes to Remo Arpagaus for the translation.

My name is Yvonne Gienal. I live and work here in this region. We are here on the mountain because we - together with Luis Coray - have realized an art project here on the Crap Sogn Gion. The project refers to the story of Saint Margaret, a very old figure, who has been sung about in this song for 500 years. So really a very traditional song about Saint Margaret.

She works on the alp for 7 summers, and in order to work there, she had to cover her chest. She was not allowed to show that she was a woman, because at that time women were not allowed to work on the alp. In the 7th year, the "paster petschen" (shepherd boy) sees her and says, "oh, this is a beautiful woman who is working here with us". And then a back-and-forth begins; among other things, she promises him 3 sheep, which can be sheared 3 times a year. But the shepherd boy denies: "I don't want that, I won't take it, I will tell it to the shepherd". Finally, in spite of everything, he tells it to the shepherd. Whereupon Margarethe sets off on her way and leaves the alp. She leaves behind dried up springs, withered meadows, crying cows. And so it goes on.

Seen in this way, Margarethe symbolizes fertility. For me, Margarethe stands for a very old theme but which is still very relevant today. It's about nature, fertility, respect for nature. It is also about living together in a habitat that has to be shared with tourism, with the animals, with all the joys that you want to have here on the mountain. It is living together and finding solutions together.

The song of the "Sontga Margriata" is a deeply rooted song. It has a melancholic sound, which seems to me like the sound of Luis' flute. It sounds like homesickness, melancholy, which fits very well with the song.

There are many visions for 2040 and there are also very many topics that are really important. What is very close to my heart is that that you also get the children on board. That you also work on these topics with them. To sensitize them to topics like recycling, nature mutual respect from an early age.

These topics are also particularly important for the inhabitants of our valleys. It seems to me extremely important that our young people can also stay here. That one can live well here, that one has good jobs in the valley. So there is also an exchange, we can't just be like a museum here. We have to live here, the economy must function, with nature. And we do this together.