Can’t sleep? With three innovative medical technologies, these “Ambassadors of Sleep” are taking research out of the lab and into the bedroom.

Somewhere in Switzerland is an 11-year-old child suffering from severe sleep deprivation. His mitochondria – the body’s battery cells – are dysfunctional leaving him with disabilities that prevent him from getting a good night’s sleep. His parents report that the only time he seems to sleep well is on a long train ride in which the sounds and motion of the train, and the ripples in the track lull him into a drowsy submission. Since the dawn of time (or at least since 1710 when Benjamin Franklin first purportedly developed the rocking chair), parents have rocked their babies to sleep with gentle back-and-forth motions. Frazzled, and possibly sleep-deprived, parents recount endless tales of having loaded their young, rambunctious kids in the car for a late evening drive for the express purpose of getting them to sleep.
We are learning more, and more about the crucial role that sleep plays in clearing out the waste in the brain, and how it is necessary for our nerves and organs to function at their best. If you sleep next to someone who snores, he/she/they might be suffering from sleep apnea and facing potential risk factors for cardiovascular diseases. A chronic lack of sleep has also been associated with metabolic diseases such as diabetes, as well as neurodegenerative diseases such as Alzheimer’s and Parkinson’s, but large-scale sleep studies in the lab are not ideal for research. The unnatural sleep environment of the lab itself can disrupt normal sleep patterns, so scientists and innovators at ETH Zurich and elsewhere in Switzerland are addressing this global, human challenge.
Joining the global conversation on #WorldSleepDay (18 March) we bring you the lucid dreams of the so-called, “Ambassadors of Sleep” and the three ways they are taking on the future of sleep by moving their research out of the lab and into the bedroom: 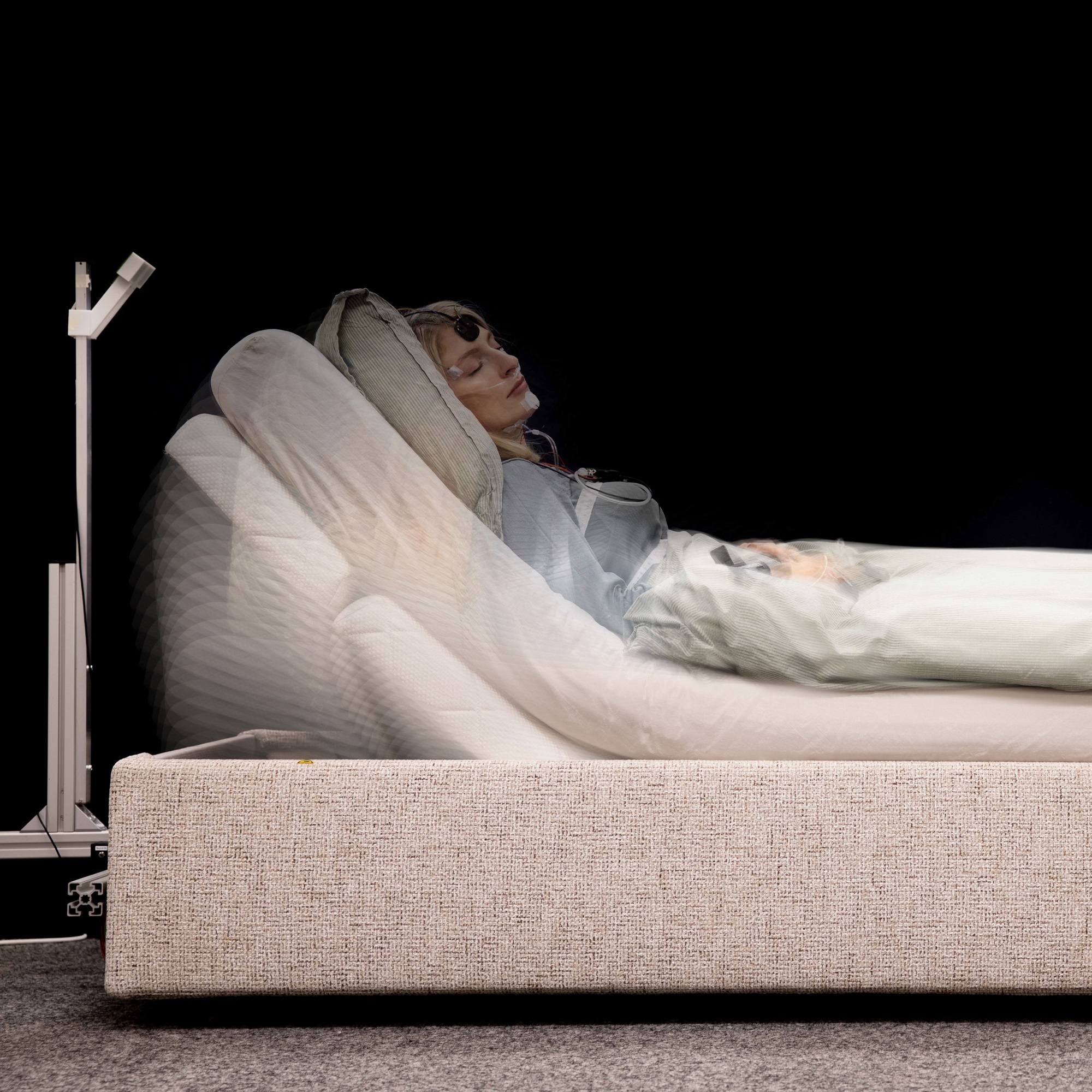 Photo credit: Sensory Motor Systems Lab / ETH Zurich
Engaging the Vestibular System – those little hairs inside the inner ear that respond to movement and allow us to balance on one leg – ETH Zurich doctoral researcher, Alexander Breuss is furthering the development of the “Somnomat Casa”. The autonomous robotic bed monitors sleepers implementing easy, swaying, and back-and-forth motions that mimic how parents rock their babies to sleep. In a non-invasive, alternative to medical intervention, Breuss is about embark on a voluntary study in which he will install the Somnomat Casa in the home of the 11-year-old mentioned earlier. In a step toward personalized medical devices, Breuss programmed the bed to reflect both the motion and auditory queues that mimic the train travel that so easily lulls the young child to sleep.
Prototype of the Somnomat bed.
Breuss and his colleagues in the Sensory-motor systems lab are also further developing the intelligent sleep apnea beds, ISABel I and II. Both beds contain software specifically designed to literally, but voluntarily, “listen in” on sleeping subjects. The beds use unobtrusive sensors (radar, sensor mattresses, and microphones) to detect apnea events. While snoring is often present in sleep apnea patients, during the “apnea” phase (i.e., the time when the intervention should be triggered) the patient’s airflow drops and breathing (including the snoring) pauses. The robotic beds then elevate the sleeper’s torso or induce a sideward turn by inclining one of half of the bed. 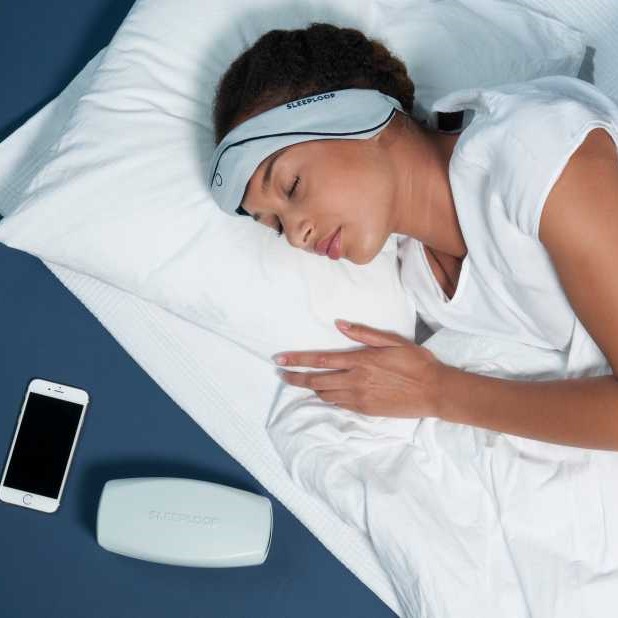 Photo credit: SleepLoop
The future of sleep could entail a new suite of wearable mobile technologies. SleepLoop is a flagship, multi-disciplinary research collaboration headed up by ETH Zurich and the University of Zurich to “enhance health using mobile technologies that improve and deepen sleep in various stages of life...” Deploying mobile technologies has enabled large-scale research that supports deep and regenerative sleep outside of the confines of the lab and inside the bedrooms where we sleep best. At night, SleepLoop uses the Tosoo wearable to record brain activity and deliver an auditory tone during periods of deep sleep. The tone enhances the synchronization of neurons and induces an even deeper and higher quality of sleep.
ETH Spinoff, Tosoo AG has developed a high-quality, configurable, and wearable system that supports diverse sleep research groups participating in SleepLoop. The Tosoo technology aims to improve deep sleep through an innovative combination of sleep brain waves recording and personalized acoustic stimulation in real time. Laura Ferster, Tosoo’s Product and Technology Design Engineer reports that the team is currently working on the clinical validation of the approach for people affected by Parkinson’s disease with University of Zurich’s Center of Competence, Sleep & Health Zurich. 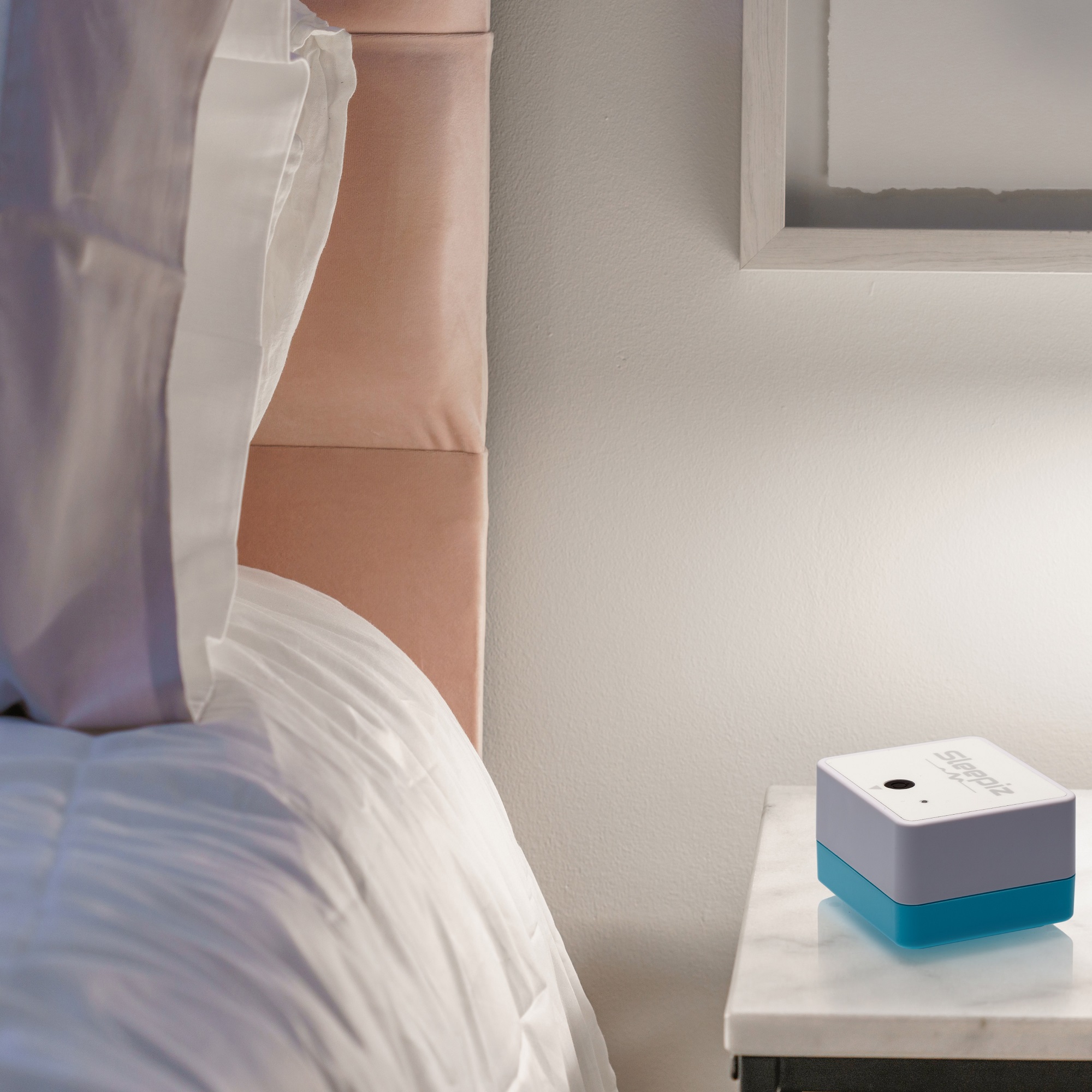 Photo credit: Sleepiz
While working on wireless communication technologies at ETH Zurich, Soumya Dash realized that his work could also be used in tracking, measuring, and diagnosing sleep disorders. Exploring this idea, he visited a sleep lab, where the abundance of cables and sensors hooked up to the patients was painful for him to see. Driven to improve people’s lives, Dash’s interactions led him to a skilled and passionate set of co-founders, including Max Sieghold and Marc Rullan. “Sleep is…” they thought, and came up with Sleepiz AG, an ETH Spinoff. Today, Sleepiz works with physicians across Europe. The team also offers their technology and services to the public through their apnea screening platform. Anyone with an interest in sleep issues can book a screening. Sleepiz provides a contactless device to place next to their bed that measures, monitors, and transmits sleep data. The team offers a complete analysis of the data, a follow-up consultation, and a report that participants can take to a health practitioner.
Using machine-learning algorithms and low power electromagnetic waves, Sleepiz AG not only developed a revolutionary and patient-centred approach for diagnosing sleep apnea, but also launched Europe’s first completely contactless monitor for medical vital signs, which received a CE Class IIa certification in accordance with the new European Medical Devices Regulations in 2021.
ETH Spinoff, Sleepiz – Contactless Sleep Monitoring