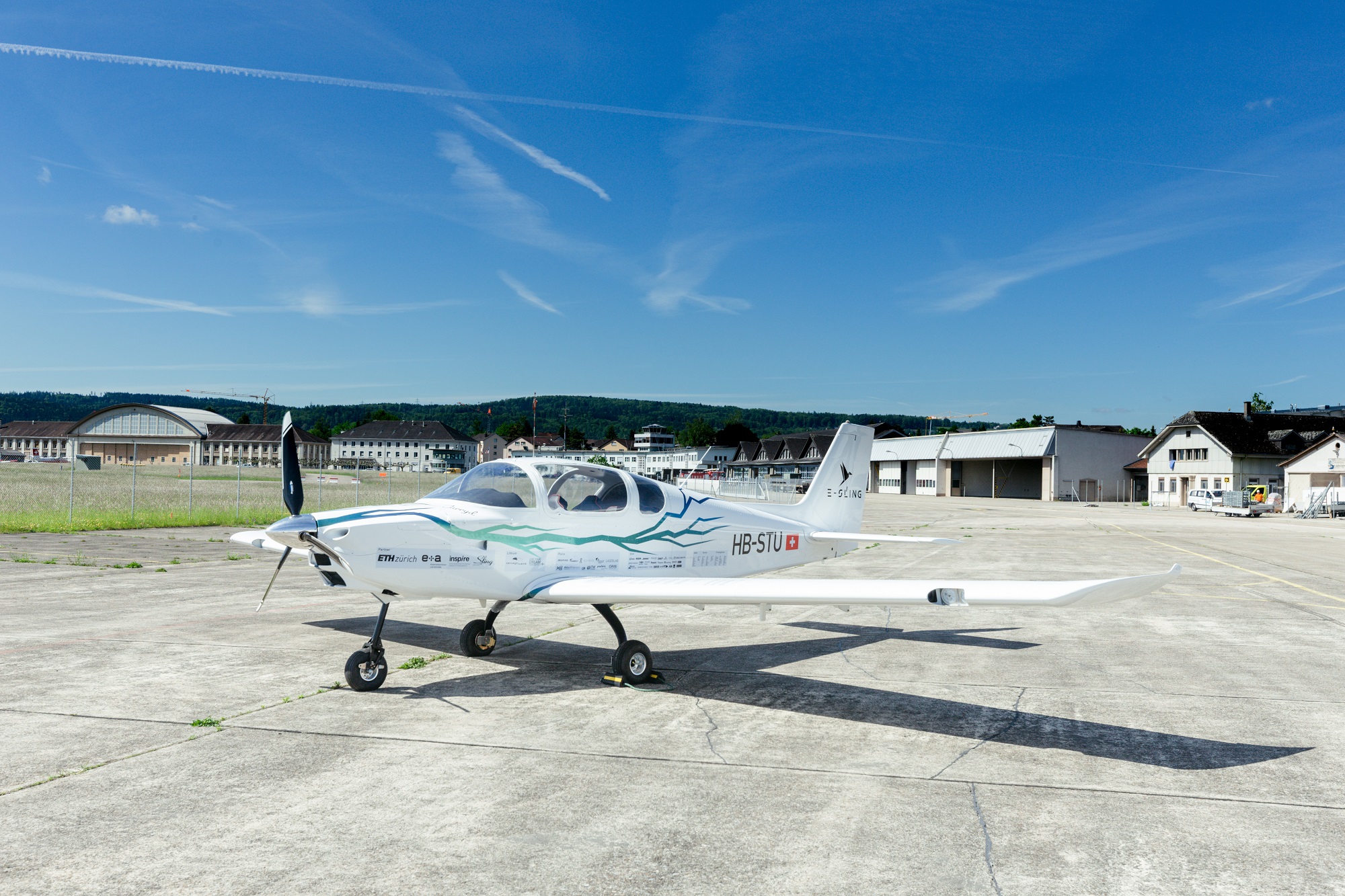 The fully assembled e-Sling on the taxiway at the airfield of Dübendorf (photo credit: Marc Bührer)

The five members of the e-Sling core team listen very carefully to Hakan Libdo’s fascinating speech. One of eleven memorable speakers presenting creative ideas at TEDxZurich in Schlieren, Libdo challenges the audience to “Re-Imagine Everything”.
Is our thousand-year-old school system really the best way to teach? Is the well-known concept of a chair actually the perfection of sitting? Libdo’s motto: Think outside the box and always try to find a better way of doing something.
What about re-imagining aviation? Is the concept of a fossil fuel combustion engine really the best way to propel an airplane? Or is there a better way?
ETH’s focus project, e-Sling, is all about answering these questions. 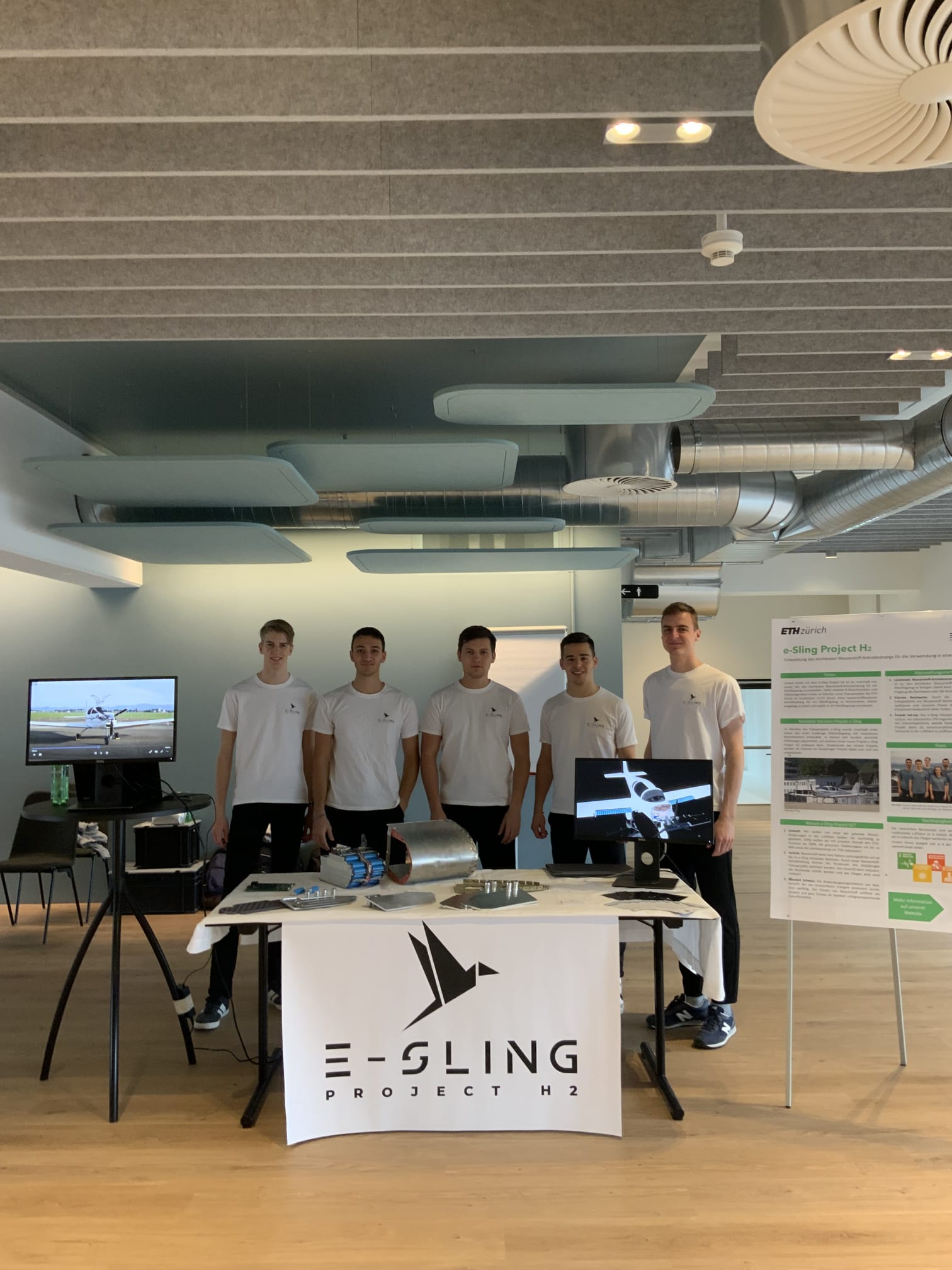 Electric vehicles – in the sky

At e-Sling, we are on a mission to revolutionize aviation and trailblaze a more sustainable future for the aircraft industry.
Over the last year, our team developed the first four-seater electric plane with a modular battery system. Who are we? The team consists of Bachelor’s students in mechanical and electric engineering, several freelancers, and supporters.
We developed the electric powertrain (engine) and built it into a Sling TSi, an aircraft delivered as a kit we had to fully assemble in our hangar at the Innovation Park Zurich, conveniently situated right next to Dubendorf airfield. Currently, we are working on certification and running intensive tests in anticipation of the first flight in spring 2022.
e-Sling is also developing a hydrogen powertrain for a hydrogen fuel cell airplane.

In September, we presented our airplane to a broader public in a rollout event. Around 300 people attended, listening to presentations and discussions, and participating in tours around the hangar, as well as of the plane itself.
Events like these are essential for us. They represent milestones and the whole team works relentlessly towards these special days. By discussing ideas with people from different backgrounds, we can take a step back, reconsider, take new approaches – not to mention bask in appreciation for our project, which boosts our motivation.
And plenty of motivation is essential to accomplish these projects. Because day-to-day engineering is full of setbacks and mind-twisting challenges. 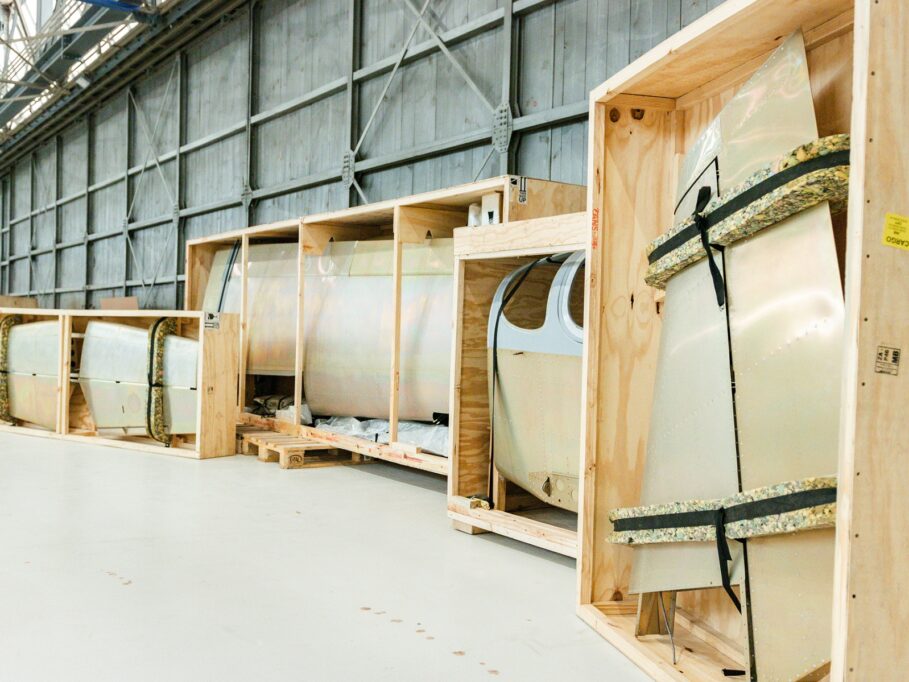 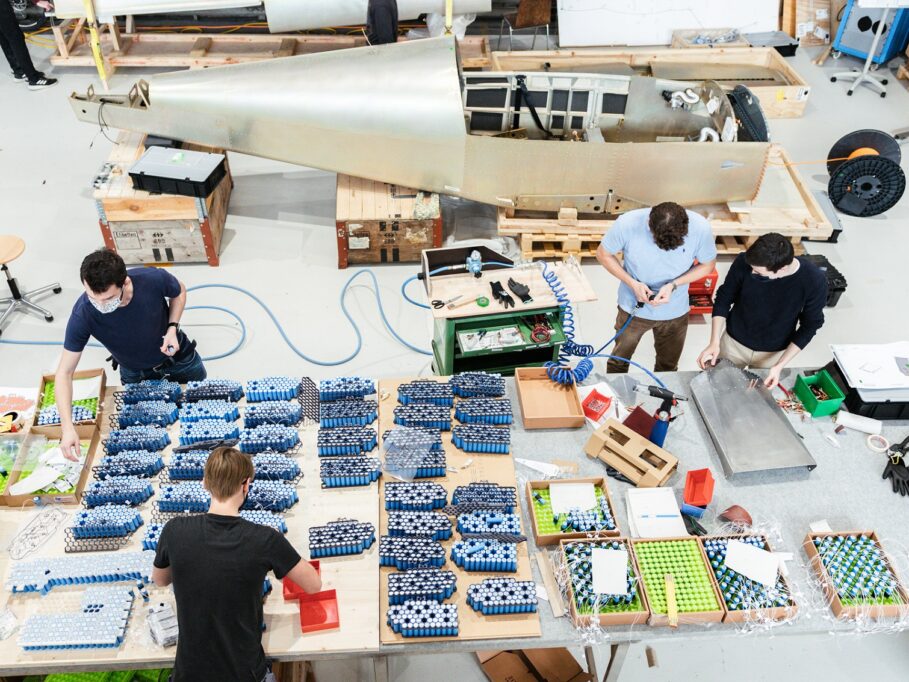 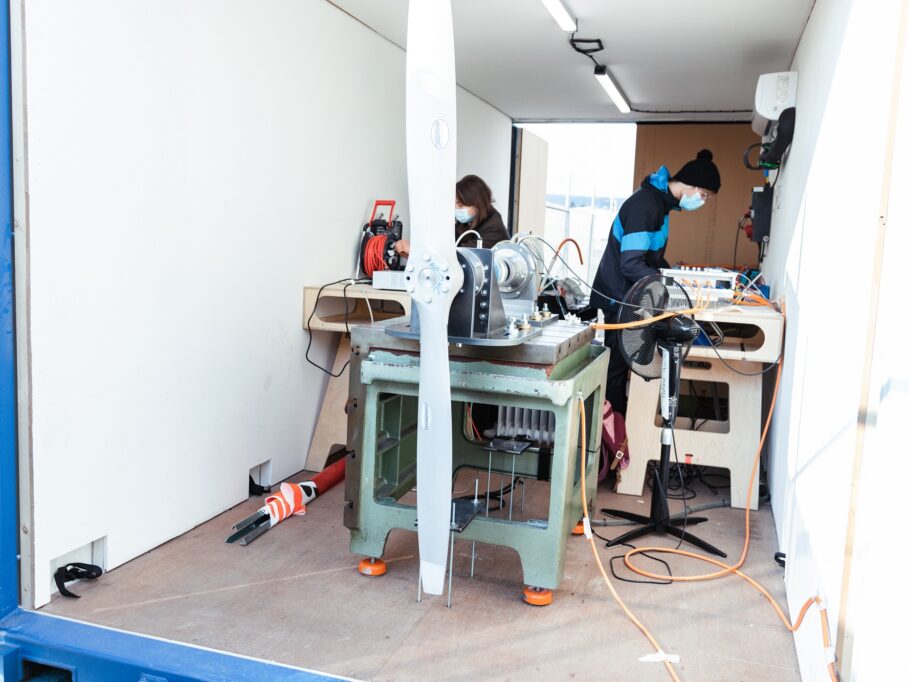 Verification of the electric powertrain in our test container (photo credit: Marc Bührer) 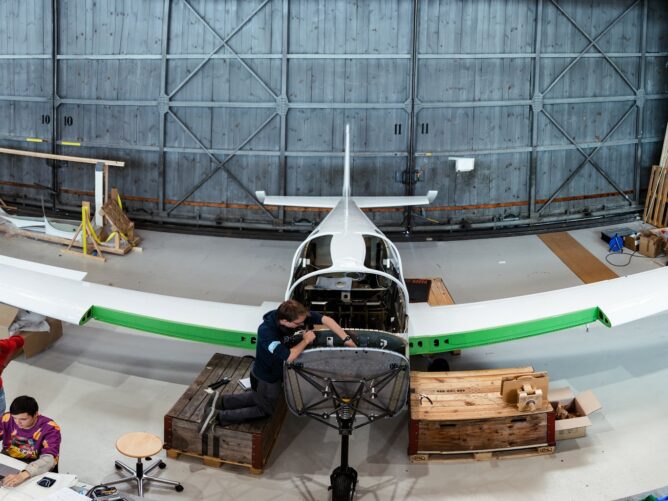 The e-Sling in our hangar at Innovation Park Zurich (photo credit: Marc Bührer) 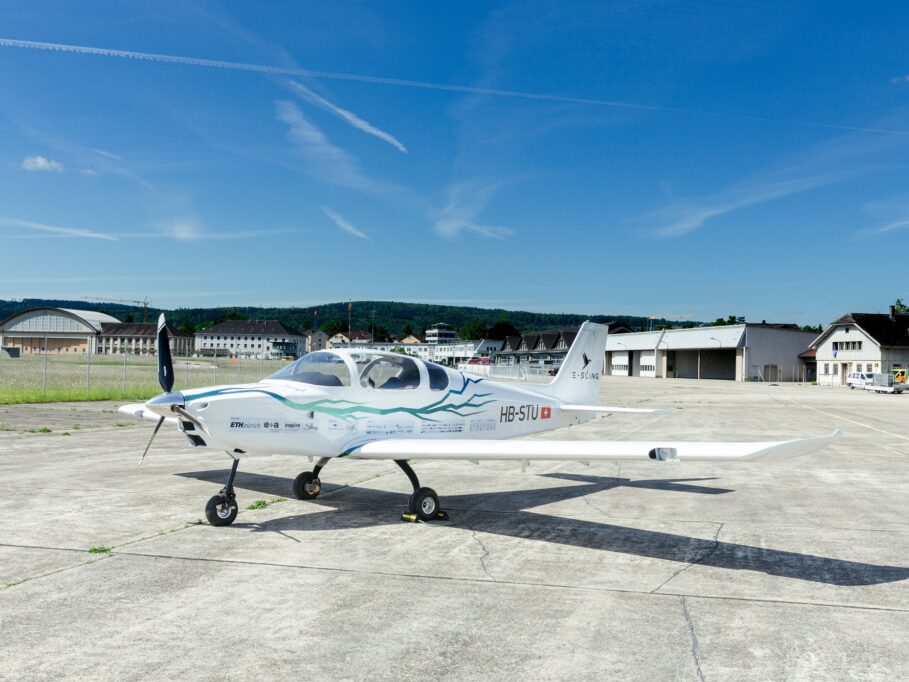 The fully assembled e-Sling on the taxiway at the airfield of Dübendorf (photo credit: Marc Bührer) 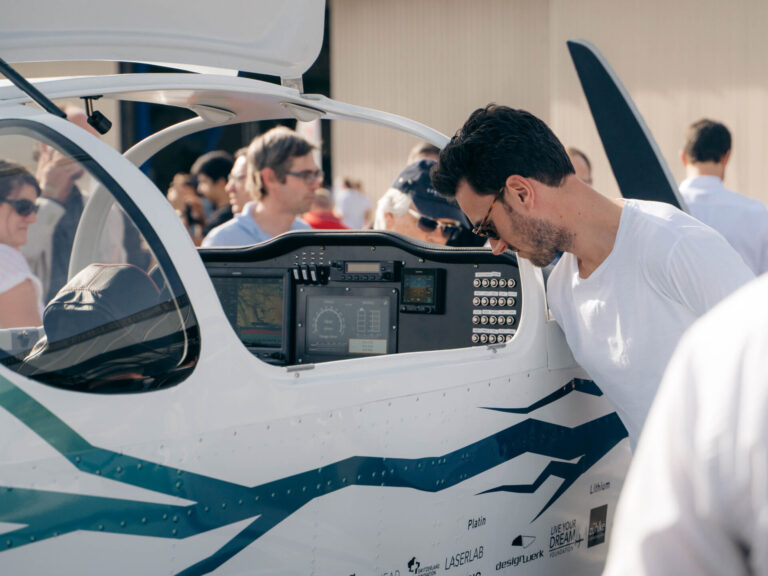 Presenting the airplane to the public at the e-Sling roll out event (photo credit: Marc Bührer) 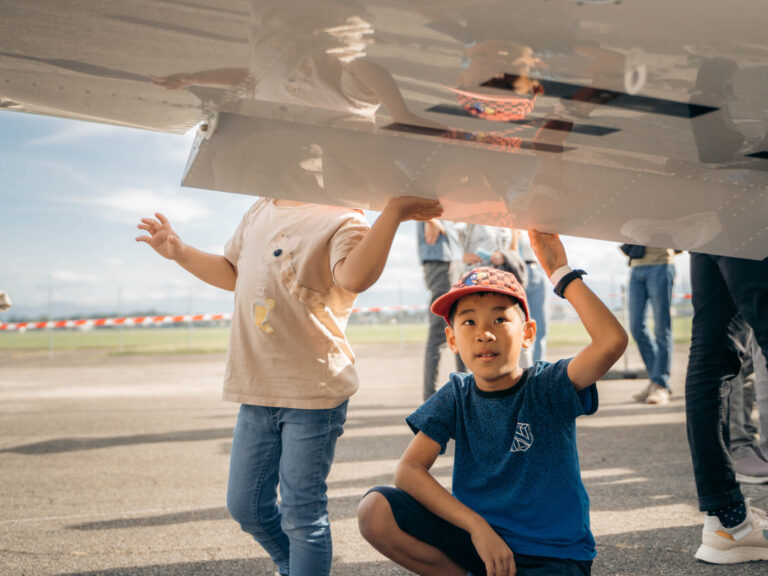 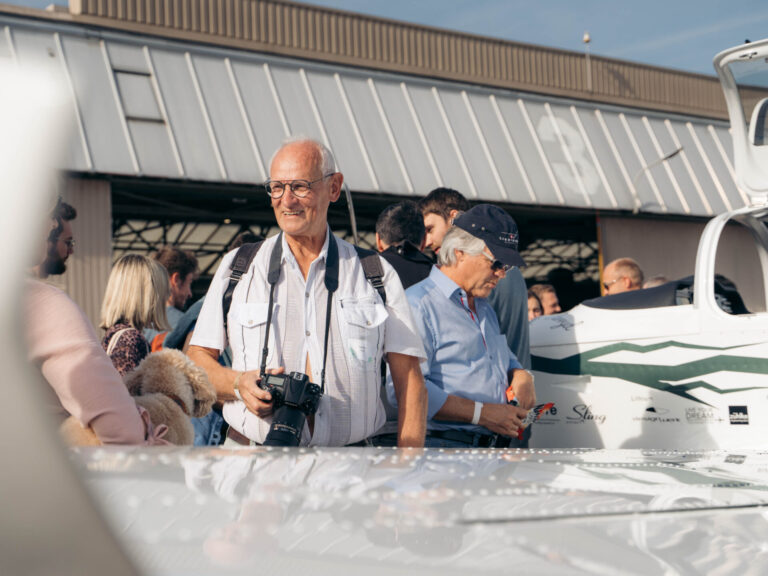 The interest of the public is ever-present (photo credit: Marc Bührer)
So when the organizers of TEDxZurich invited us to present our projects at a booth, the team accepted with enthusiasm. It turned out to be the perfect setup for promoting our innovations: having just been inspired by the talks, visitors came to us in an excited, inquisitive frame of mind, which led to excellent discussions.
These kinds of talks not only increase awareness for our work, but also give us new energy and ideas. A few more like this, and we are sure our dream of sustainable aviation will soon come true. 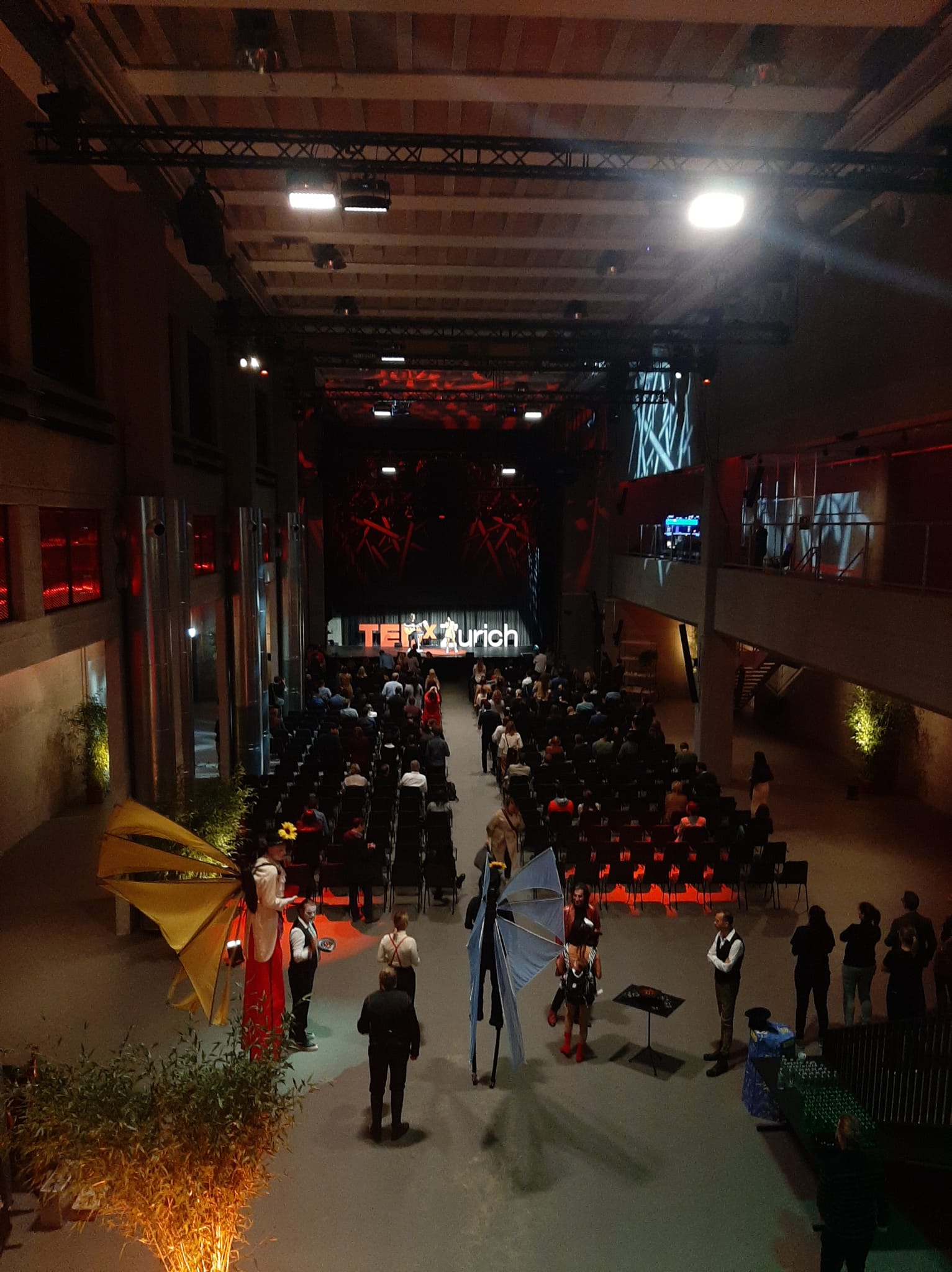 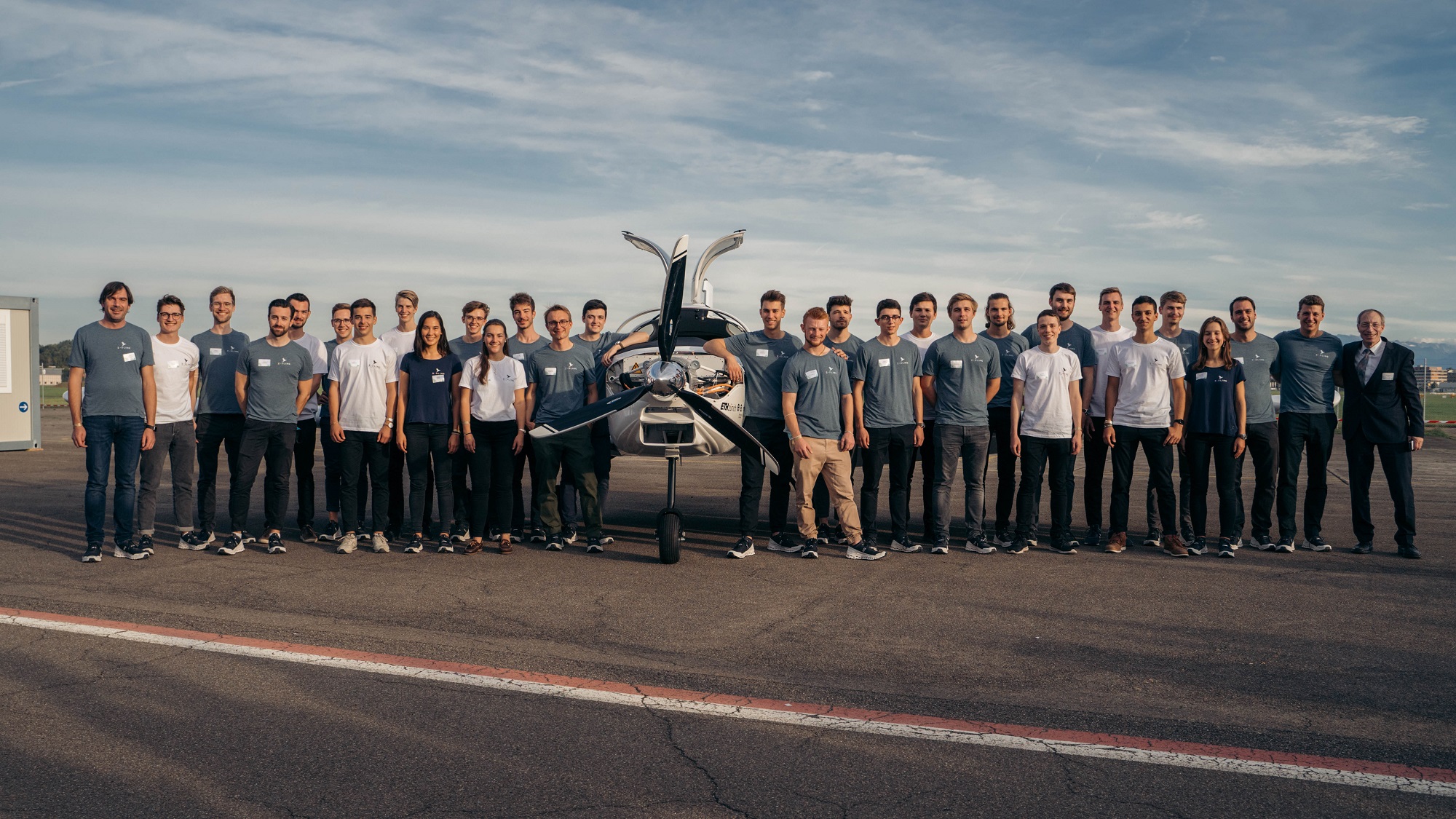 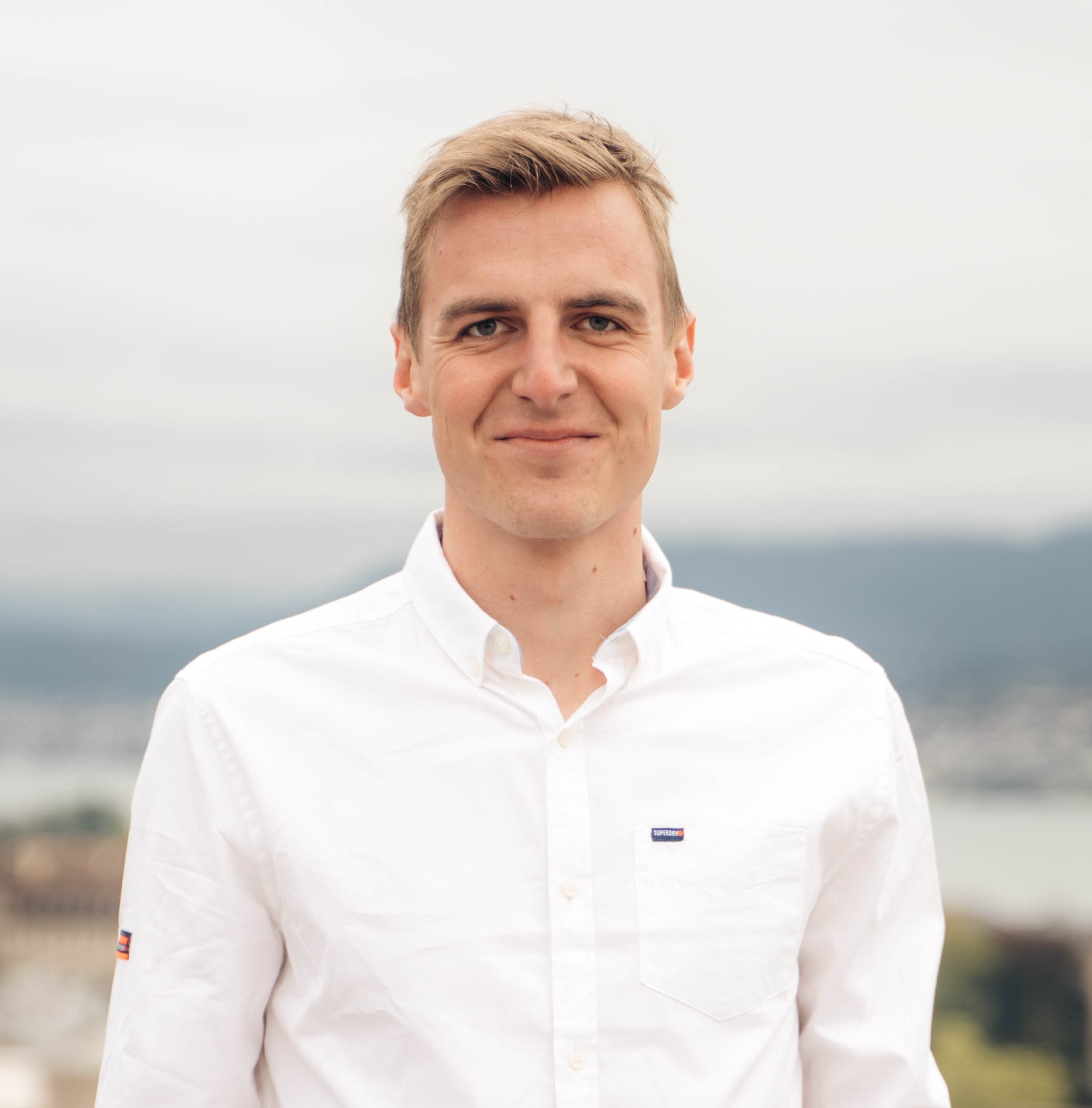 Sander Metting van Rijn is a Bachelor’s student in mechanical engineering at ETH Zurich. At e-Sling he is responsible for the Fuel Cell Supply System.