End of 2019 the Science Film Academy organised a filmmaking marathon and subsequent film festival. What it’s like going from science researcher to moviemaker – in four days.

How do you make a movie with scientific content in just four days? That’s what I found out in September, when I attended the science film making marathon with colleague Dhananjay Deshmukh. My name is Michael Gerlt. I am a doctoral student at ETH Zurich trying to push the field of Acousto-fluidics in the direction of applications. Filming of the apple scene with critical look from the mentor (photo credit: Melina Zimmerli/ETH Zurich)
On the first day, we learned all the technical skills needed to film properly. The next day, several mentors helped us write a script and storyboard in groups of 3-5. Our plan in the connectivity group (Melina Zimmerli, Sabrina Settler, Alain Luck and Fabio Bargardi) was to show the influence that all our actions have. In the first scene, someone donates a smartphone, which is picked up by someone else in the last scene and so frames the whole movie. In between, various protagonists do things that connect them in one way or another. During a skateboard accident, a pullover is ripped, thrown away and picked up by another person a few scenes later. An apple is picked from a tree, finds its way to a supermarket, is eaten, and finally thrown into the green waste.
On day three, it was time to get the camera rolling. We started filming early morning and finished late evening. It was quite an experience to use professional equipment and get actual movie material out of a script and storyboard. Even the simplest scene can take several cuts. Thanks to our mentor, Halil Kesselring, by the end of the day we were happy with our results. On the last day, we focused on editing and voice acting. For the latter, we used the sound studio of the University of Zurich. Every group had to finish by five o’clock, which was quite stressful, but eventually worked out. Garden scene with the whole team (photo credit: Michael Gerlt/ETH Zurich)
All the films were shown to course participants and some special guests. The organiser, Samer Angelone, introduced us to the science film festival that the film academy hosts at the end of November, inviting us as special guests – and revealed that our movies would be presented there! 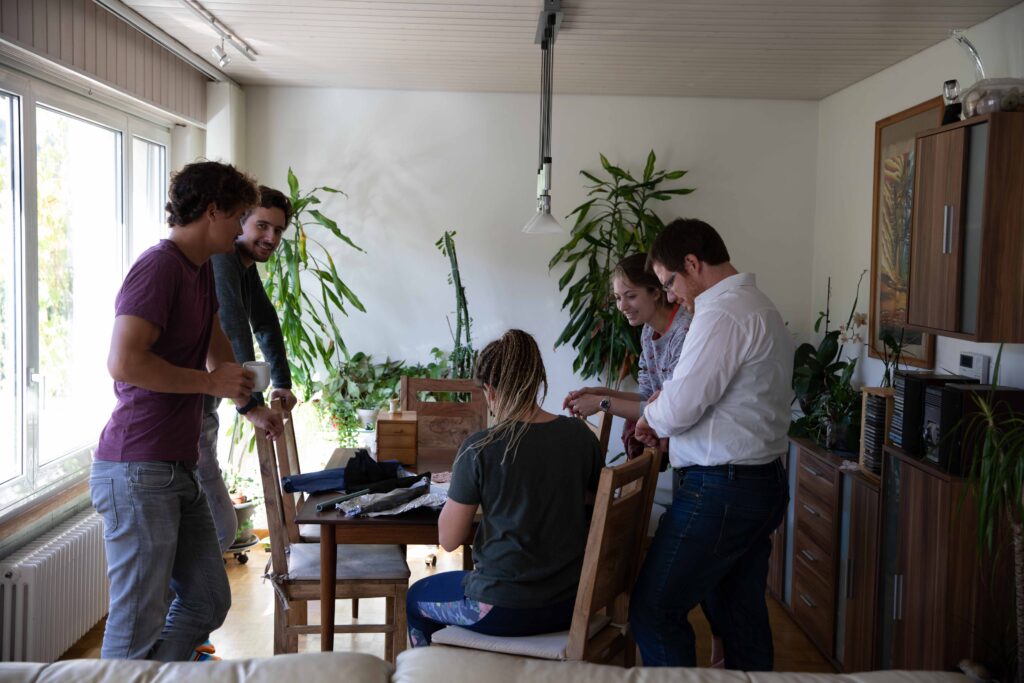 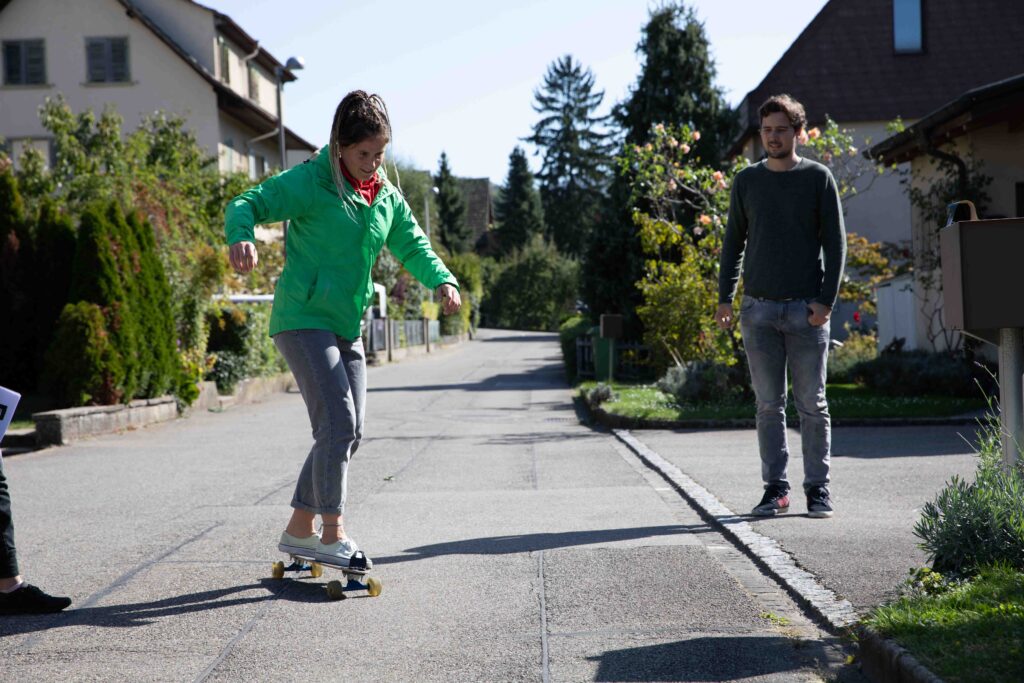 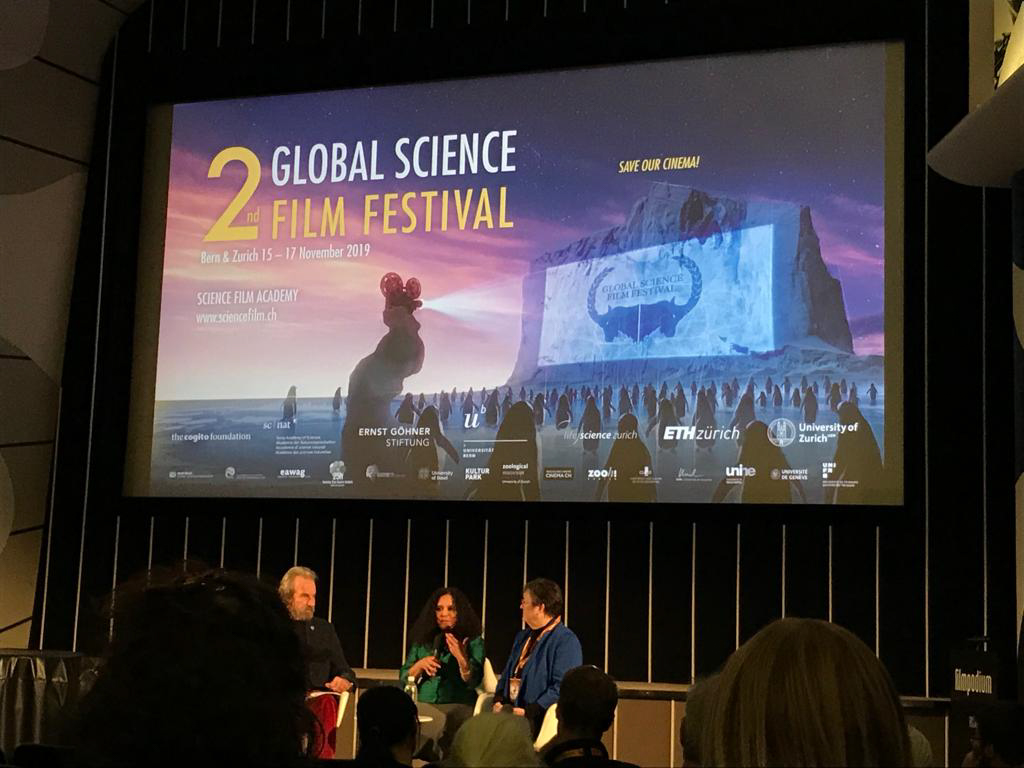 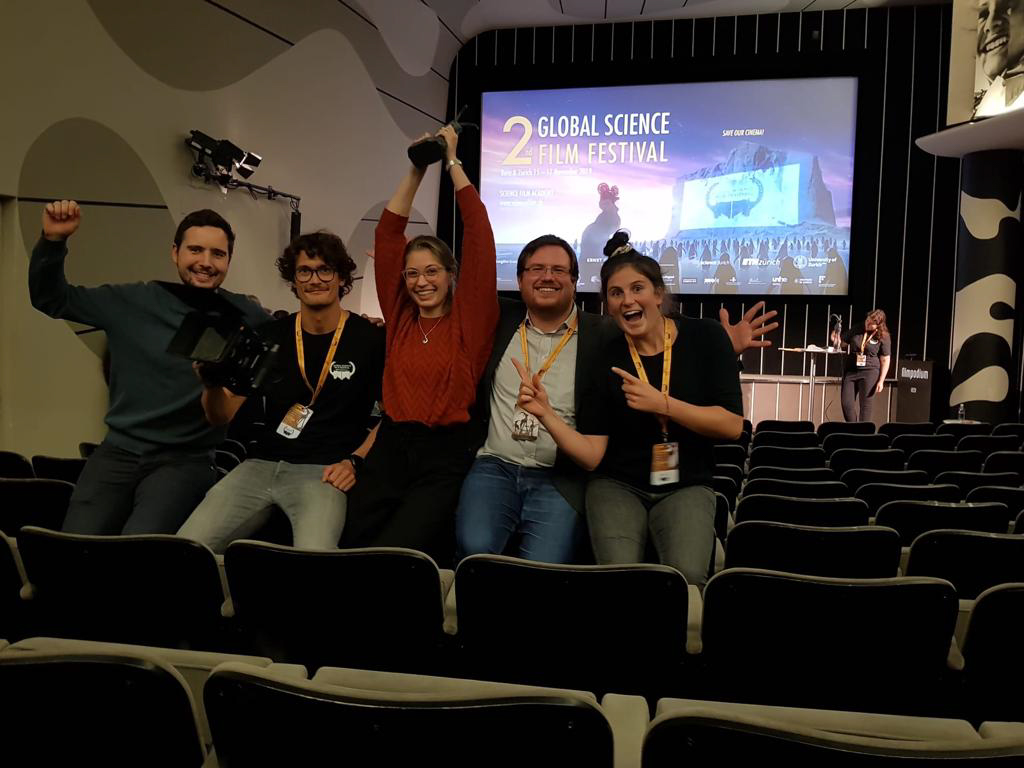 Connectivity Group with the prize for scientists as film makers in hand (photo credit: Halil Kesselring/ETH Zurich)
The film festival was held simultaneously at Filmpodium in Zurich and Cine-Movie1-Quinne in Bern. The selected films were fascinating. In the movie Eldorado for example, director Markus Imhof films the journey of refugees from the moment they are rescued at sea all the way to reaching Switzerland, where they eventually find a new home. Imhof achieves a very personal touch by interspersing all this with his memories of a refugee his family hosted when he was young. In the discussions that followed films, directors would reveal their thoughts behind special scenes, or particular difficulties during filming. I’ve always wanted to ask those kinds of questions, and a format such as the science film festival makes it possible. Conversation continued over apéros in the foyer. Everything culminated in the awards ceremony. Our group took home one of the prizes for “best scientists as filmmakers”, of which we are very proud. Prize or no, I enjoyed the science film marathon and festival very much, and look forward to joining next time.

Watch the Making of the Film Festival! A passionate photographer and traveller, Michael Gerlt wanted to discover the world of filmmaking in the fascinating 4-day science film making marathon. He holds a Master’s degree from the Technical University of Munich in electrical engineering and is currently a doctoral student at the Institute for Mechanical Systems in the Department of Mechanical Engeneering at ETH Zurich. In his doctoral studies he is trying to apply the fundamental research in particle manipulation with ultrasound (Acoustophoresis) to real-world applications. 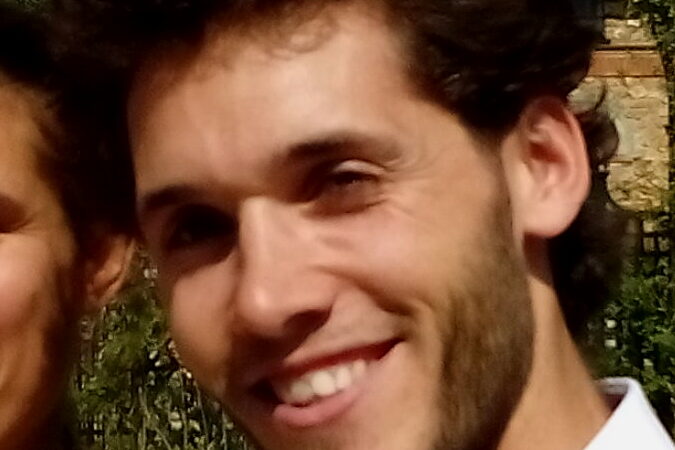 Tales From The 3D Front It’s Time to Rethink Our Cities