Quantum physics is the most fundamental fabric of reality. Nowadays, more and more of the technology that surrounds us in our everyday life, relies on quantum phenomena. However, only researchers in their laboratories have access to the different and fascinating world of quantum mechanics, a world that is far from our common sense, where the rules we are used to are defied. Bringing quantum physics outside of the lab, such that everyone can feel it, touch it, have an intuition about its workings, is imperative. As the second quantum revolution unfolds, quantum physics is pervading our lives even more. The world of quantum physics is a radically different world from the one we, as humans, live in and experience. The main characters of this world are atomic and subatomic particles, which behave according to the rules of quantum mechanics. In order to grasp these new rules, it is necessary to abandon our intuitions, which are limited by our senses, and to build new ones.
In the world of quantum physics, everything is waves. Particles have associated waves, called wavefunctions, which expand throughout space. Much like the waves in a pond or in the sea, these waves can interact with other waves. From their interaction, interference phenomena arise. Waves can add up with each other, creating an even larger wave, or they can destroy each other when they interact. When they encounter an obstacle, they can move around it. This is exactly how a quantum computer works, by interfering waves such that constructive interferences are created, which represent the result of a computation. Another puzzling aspect of quantum mechanics is superposition. Quantum mechanical objects can exist in multiple states at once, as if they were constantly sampling all possible versions of reality at the same time, until a measurement is performed which forces them to collapse in one of these versions.
If on the one hand we have a realm governed by the shocking rules of quantum mechanics, on the other hand we have their practical implementation in the laboratory. Scientists, like magicians, can trap individual particles with invisible electric and magnetic fields, and can completely control their internal structures by shining lasers at them. The particles are held in vacuum chambers, devoid of all gases, connected by wires to the surrounding laboratory, in which laser lights of different colors glow in the dark. This quantum control now extends to atoms trapped in optical grids mimic the atomic lattices in any solids, atoms and electrons embedded in solids and circuits which carry microwaves on chip.

At the ETH Zürich Pavilion in Davos, as visitors walk along the corridor, they are able to peer into the quantum world by viewing real quantum devices from laboratories through magnifying lenses.
The particle ballet is a device made of metal rods. Voltage is used to create a trapping conﬁguration for dust and charged macro particles. The trapping chamber is isolated from the environment in a transparent box. Knobs allow visitors to change the trapping voltages, and change the pattern of the trapped particles. A laser pointer can be used to illuminate the particles.
The concept of trapping and manipulating individual particles (be them atoms, ions, electrons) is pervasive in all quantum ﬁelds. This simple installation conveys the power of isolating very, very small particles which can be precisely manipulated at will. 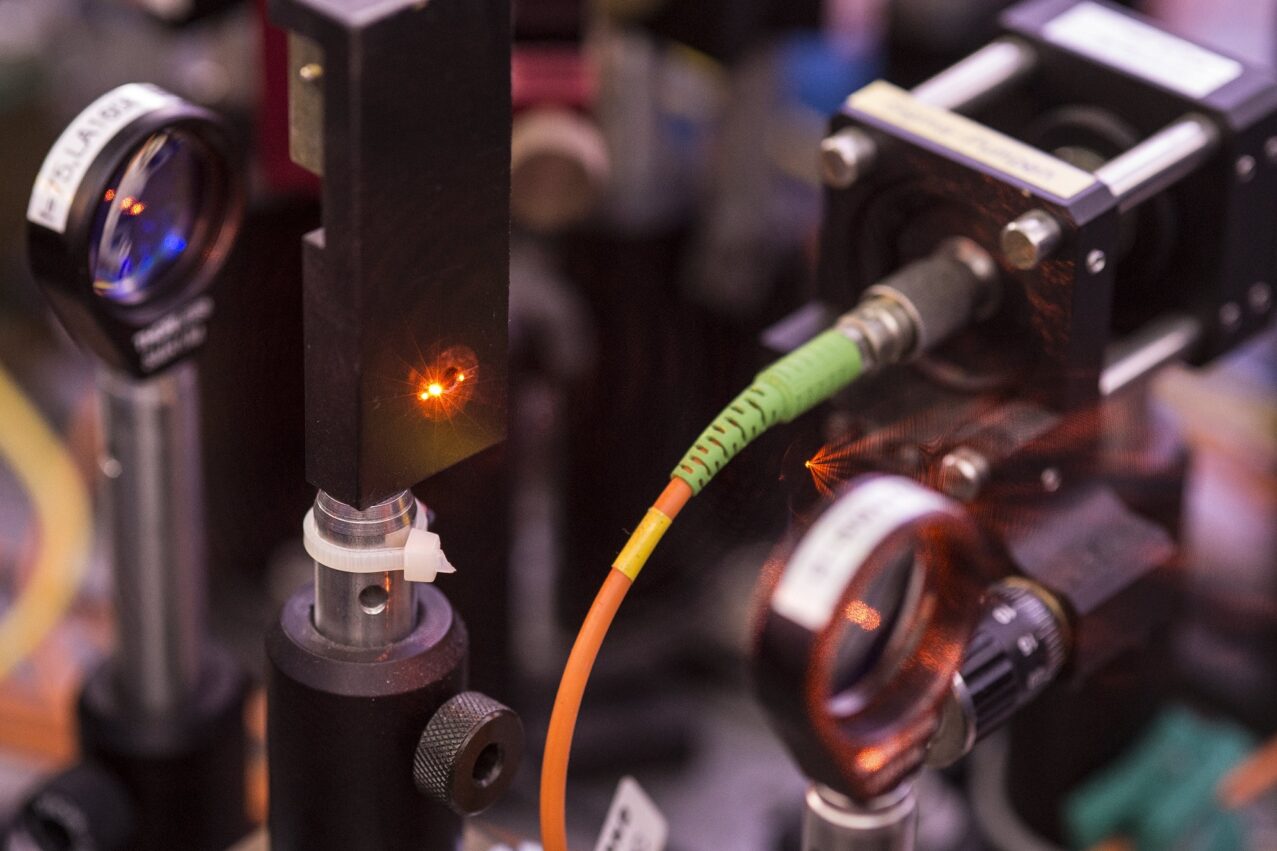 A day in the life of a quantum optics researcher

Connecting with the world’s most brilliant minds 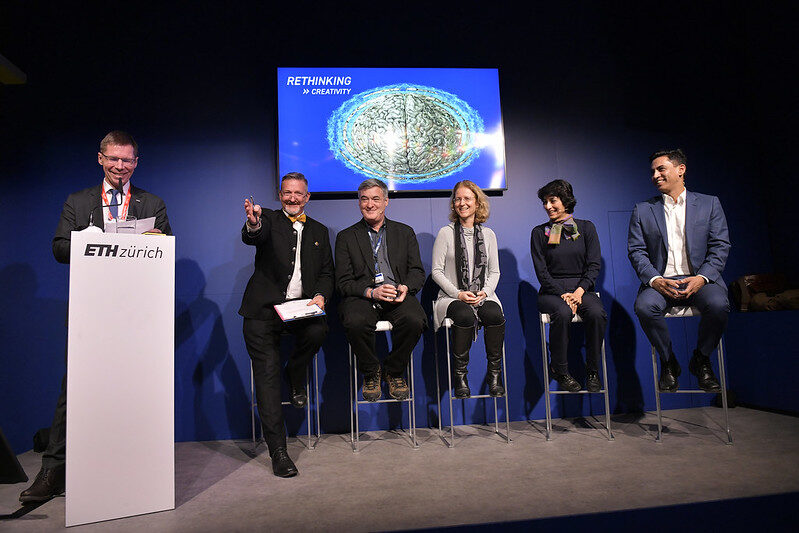 How do you rethink creativity?