ETH Zurich regularly ranks alongside the world’s top universities. The QS World University Rankings just ranked ETH Zurich 7th in the world for 2019.
(photo credit: ETH Zurich / Gian Marco Castelberg)
An “operating system” manages computer hardware and software resources and provides common services for computer programs. Using this Computer Science term to compare universities, we could argue that there are two types of educational institutions: Those with an old and those with a new operating system. The former comprises the majority of universities including great institutions such as MIT, Oxford, Cambridge, University of Tokyo, and even ETH Zurich. Those with a new operating system include institutions such as Singularity University or Minerva, both in California. Whereas the former, often research-intensive institutions that populate university-ranking league tables are without a doubt considered “traditional” universities, some may question if the latter are universities at all. Could they even be the universities of the future? Does it matter? Of course! Because all of these institutions are competing for the same resource, “talent.”
Today’s talent pool in a globalized and digitized world is spoiled for choice. They can chose to go to a place like Carnegie Mellon to study Computer Science, and pay a lot of money for their education; or they could learn how to code at “42,” an IT school free of charge with an innovative peer-to-peer learning system. Launched by French business executive, Xavier Niel in 2013, “42” selects its students based on talent and motivation rather than academic criteria. From there they can move on to nearby Station F, the world’s biggest start-up campus in Paris or pursue a career in Silicon Valley or Shenzhen, ‘the city that most resembles Silicon Valley’ according to Business Week. You may remember having heard the phrase, “Thank you for flying with us, we know you have a choice.” The same phrase could be used in higher education. This paradigm shift in higher education fundamentally challenges universities with an old operating system. Change will happen sooner than you think. Xavier Niel, business executive and creator and founder of "42". He acquired the Halle Freyssinet in Paris to realize a mega incubator intended to accommodate 1000 start-ups - Station F. (photo credit: Jean-François Robert)
Places like ETH Zurich have excelled at teaching the fundamentals in fields like Mathematics, Physics, and Engineering. However, the skills that are increasingly in demand by those companies that eventually hire graduates or by people that want to start their own businesses are the “soft skills” – critical, design, communication, and No Box Thinking etc. Traditional universities have been slow in integrating “soft skills” into their curriculum. How can you squeeze additional hours into an already packed curriculum in order to cover these topics? How do you create the appropriate environment in which to develop these skills and hire the relevant teachers to impart this knowledge? 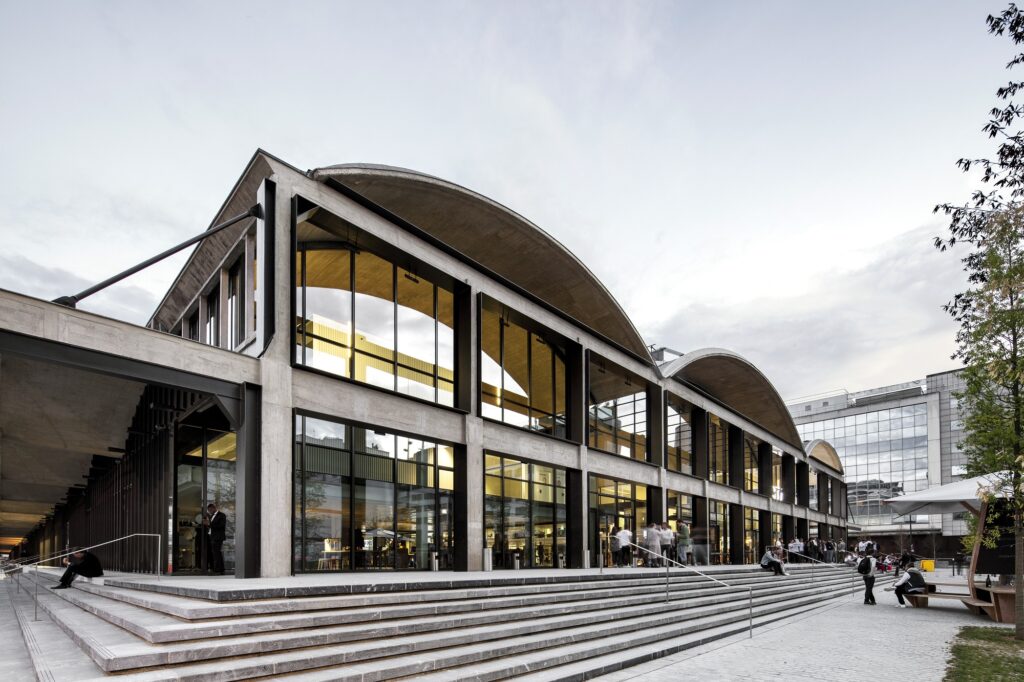 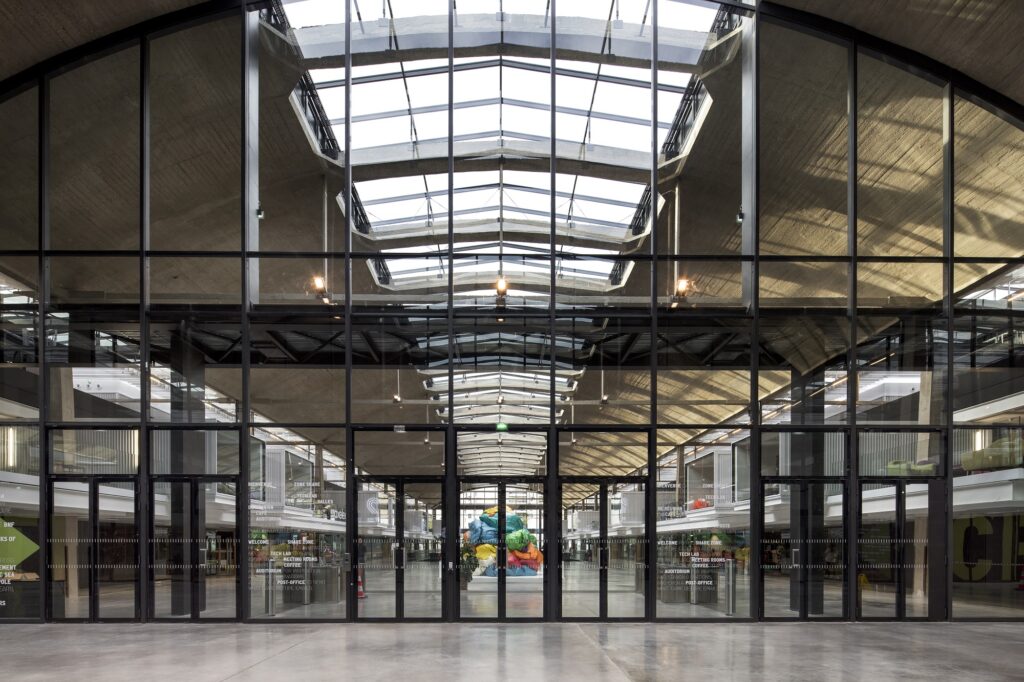 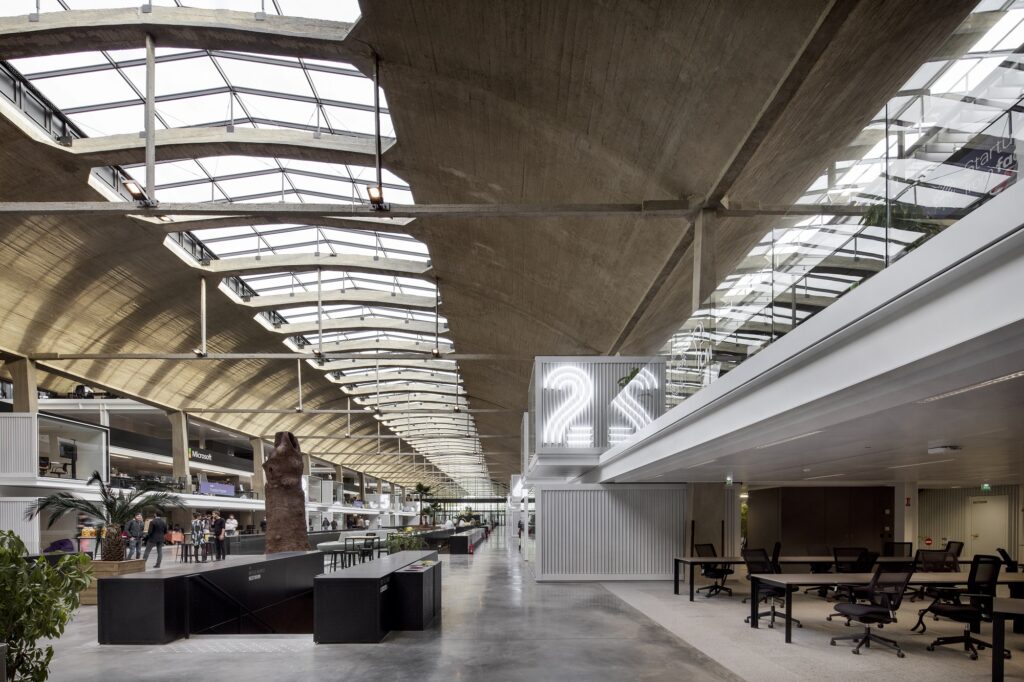 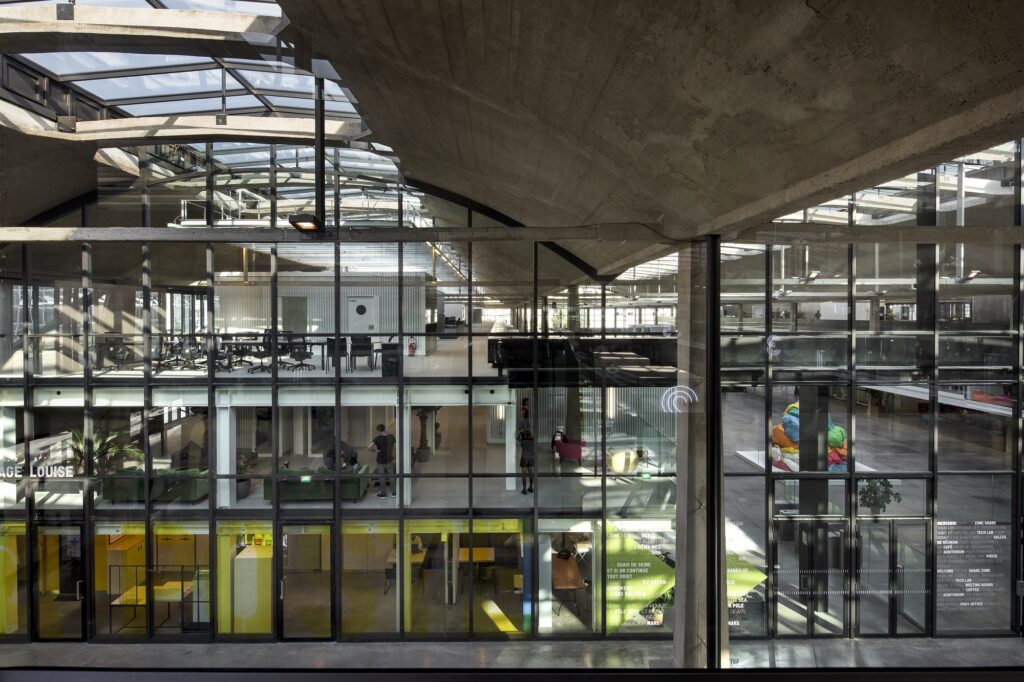 STATION F., Halle Freyssinet, Paris (photo credit: Patrick Tourneboeuf/Tendance Floue Wilmotte et Accociés Architectes)
Historically, traditional universities have shaped the modern world we live in. By educating people, building infrastructure, producing research, and tackling big challenges, such as climate change, universities have been the drivers of the scientific, economic and social developments. If you take the ETH Virtual Tour, you can actually see some examples of ETH Zurich scientists who have driven change around the world. Peking University is another example of an institution that drives change. As the first comprehensive national university in China, the founding of Peking University marked the birth and subsequent growth of modern higher education in China. The 120th anniversary celebration, last month, was not only a university celebration, but also a celebration of modern Chinese culture, education, and ideology. The International Alliance of Research Universities (IARU), established in 2006, is a network of eleven international research-intensive universities from nine countries across the globe. The IARU Presidents meet annually, here at Peking University in May 2018. (photo credit: IARU)
Peking University and 10 other universities from around the globe, including ETH Zurich, form the International Alliance of Research Universities (IARU). IARU serves as a platform for discussing themes such as the global governance of higher education, the fundamental mission of universities, and the challenges institutions face. Each year, the presidents of IARU’s prestigious member universities meet at one of the campuses for the IARU Presidents’ Meeting. This year, the meeting took place at Peking University in conjunction with the anniversary celebration. Apart from the usual business, IARU presidents took part in the World University Presidents Forum entitled, “Changes and Constants: Universities and Civilizations during the Past 120 Years.” Tan Eng Chye, President of the National University of Singapore (NUS), an institution we consider to have a new kind of operating system, explained how he developed a new strategy for his institution.

Tan asked three questions: “Where are you now?” “Where do you want to be in 5, 10 years?” Moreover, “How do you plan to get there?” In our view, we need to “upgrade” the first two questions to “What happened?” and “What’s next?” For us, the answer to this can only be change. The third question we would translate to, “How do we best embrace change?”

Admittedly, this may be too simplistic of a picture. It definitely is not a black and white issue and there are many shades of grey. For example, younger institutions situated in dynamic and prosperous regions are more agile and better prepared to embrace change. Never the less, reputation still matters and university “super brands” will remain beacons of excellence and references. Fundamentally; however, all face the same challenge: How to attract the best, most talented people, in a hyper-connected world and how to react and adapt to the changes that are happening globally. Change has always been here.

New challenges are coming faster and faster these days – many much sooner than you think!

Jürg Brunnschweiler obtained his doctorate in Biology from the University of Zurich. He joined ETH Zurich in 2002 and is Head of ETH Global since 2012.